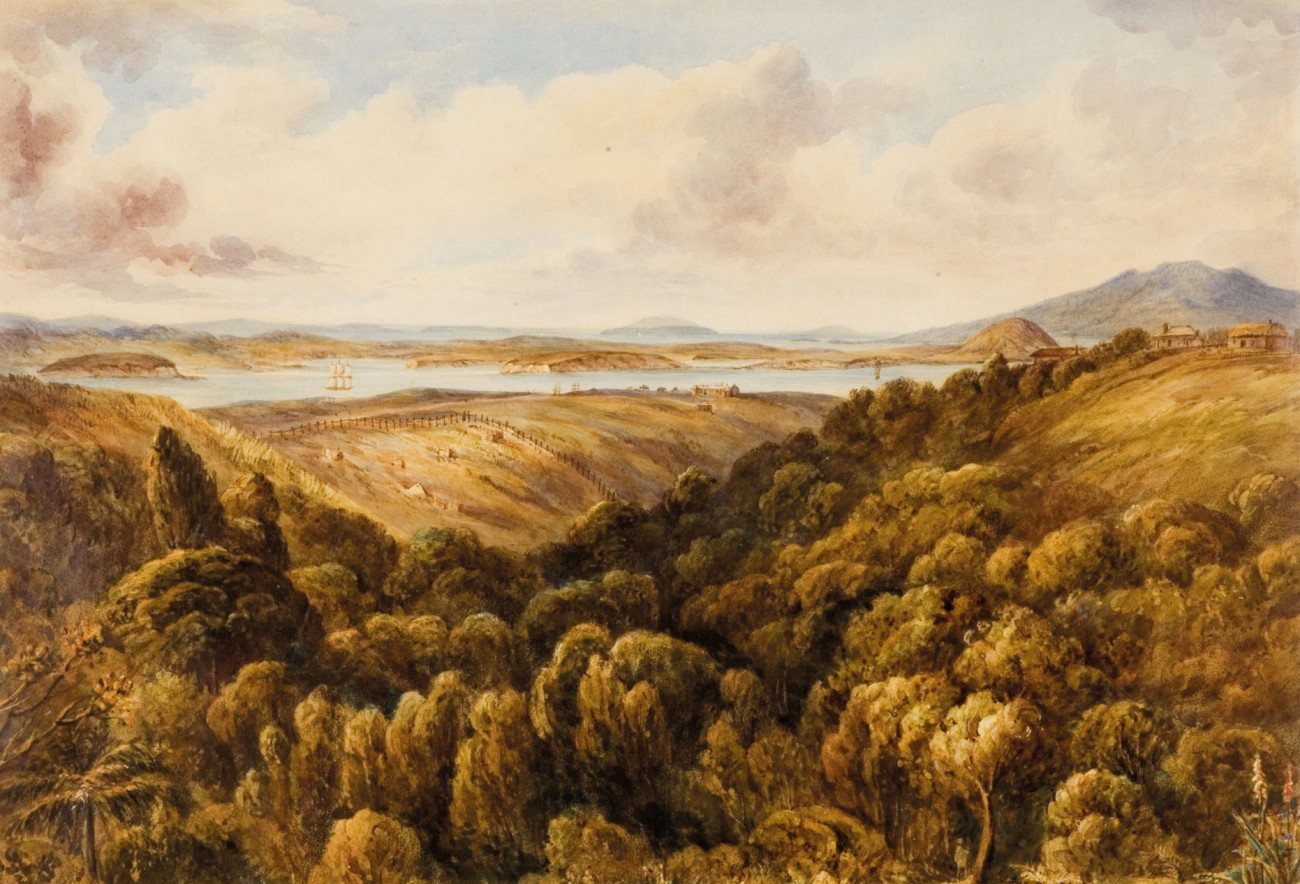 In the winter of 1849, at the end of a whistle-stop tour of the Old World, John Logan Campbell—settler, merchant, aspiring writer—decided to pen a memoir of his first year in New Zealand. On the tedious return sea journey to the colony, he drafted 200 pages of what he came to call his “Motukorea manuscript”—a reference to the island in the Waitemata Harbour where, years earlier, he and his fellow Scot and business partner, William Brown, had established their first  foothold in the young colony.

Publication of what Campbell called his collec­tion of “plain unvarnished tales” was to be endlessly delayed, as he polished and revised, encouraged by his friend Joel Polack to push his work in the direction of “an historical novel”. Campbell furnished it with illustra­tions, a new subtitle—The Romance and Reality of Antipodean Life—and a scattering of verse. He also livened up his characters, injected a little (not always satisfactory) wit and contemporary slang and blurred locations: Auckland became Hastings, the Manukau and Waitemata became West and East Harbours.

Shouldered aside for years at a time by other matters, Poenamo was eventually published in 1881, by which time Campbell, now in his 60s, was one of the colony’s wealthiest and best-known citizens.

It was worth the wait.

“Where else can we read a first-hand description of the pristine land- and seascape of the Hauraki Gulf (Te Tikapa Moana) and of the Hauraki tribes in their prime; where else the reoccupation of the isthmus, Tamaki­makau-rau, by its tangata whenua after the Musket Wars?” asks Campbell scholar and historian Russell Stone, in an introduction to the latest reissue, Poenamo Revisited.

Campbell was aware of how much life in the settler colony had changed since he and Brown had put up their raupo hut on Motukorea, reading at night by the light of a piece of rag dipped into a pannikin of fat and pondering how to gain commercial advantage should the governor decide to claim the nearby shore for his new capital.

Poenamo was an attempt to bridge the gap between the myths of early settler life perpetrated by late arrivals—Campbell called them “Waitemata cockneys”—and the “stern realities” he and Brown had experienced.

“In an unpublished section of his ‘Remi­niscences’,” writes Stone, Campbell recalled that “on any given day during 1841–42 he could be, by turns, physician and surgeon, merchant, clerk, land agent and auctioneer; then in the evening he would morph into a carpenter to carry on by candlelight the interior finishing of Acacia Cottage which he was helping to build, and top this off with a session on accounts, until two in the morning he turned in for a five-hour sleep.”

Like Frederick Maning before him, Camp­bell looked at Maori in the late colonial days and saw a demoralised, fallen people, entirely unlike those he knew in the 1840s.

“How I should rejoice to see the Maori of to-day the same tiller of the soil as he was in the days of which I write! Alas! Lords of the soil, they now sell it instead, and idleness doth beget bad habits, and the race deteriorates and dwindles away,” he lamented.

As Stone notes, the glib Social Darwinism failed to recognise the real cause of Maori hardship—destruction of the economic and social foundation of traditional Maori society by the process of colonisation.

Campbell had harsh words for the Christian missions, seeing in the services of worship little more than a mash of new Christian prayers and old heathen incantations. What he didn’t— perhaps couldn’t—appreciate was that, in this and other aspects of their lives, Maori were combining Western concepts and practices and traditional culture to forge something new: tikanga Maori.

Nevertheless, in his admiration and empathy for Maori, he was ahead of his time. In his last public address, in 1906, the aged and blind Campbell spoke of his desire to build “a towering obelisk…uprearing heavenward from the summit of One Tree Hill [Maungakiekie] in memoriam to the great Maori race”.

The obelisk was eventually put up, some 30 years after Campbell’s death.

Now, Poenamo—that enduring monument to Campbell and his times—is itself available in what must be the definitive edition: complete with a facsimile of the 1898 reissue, a 94-page introduction by Stone, 70 pages of annotations, extensive biographical notes, and a lengthy section on Campbell after Poenamo.

Stitch-bound and extensively illustrated, Poenamo Revisited is a fitting tribute to the business pioneer, civic leader and philanthro­pist who, as Stone writes, “in Auckland’s hall of the great and good…outranks all”.