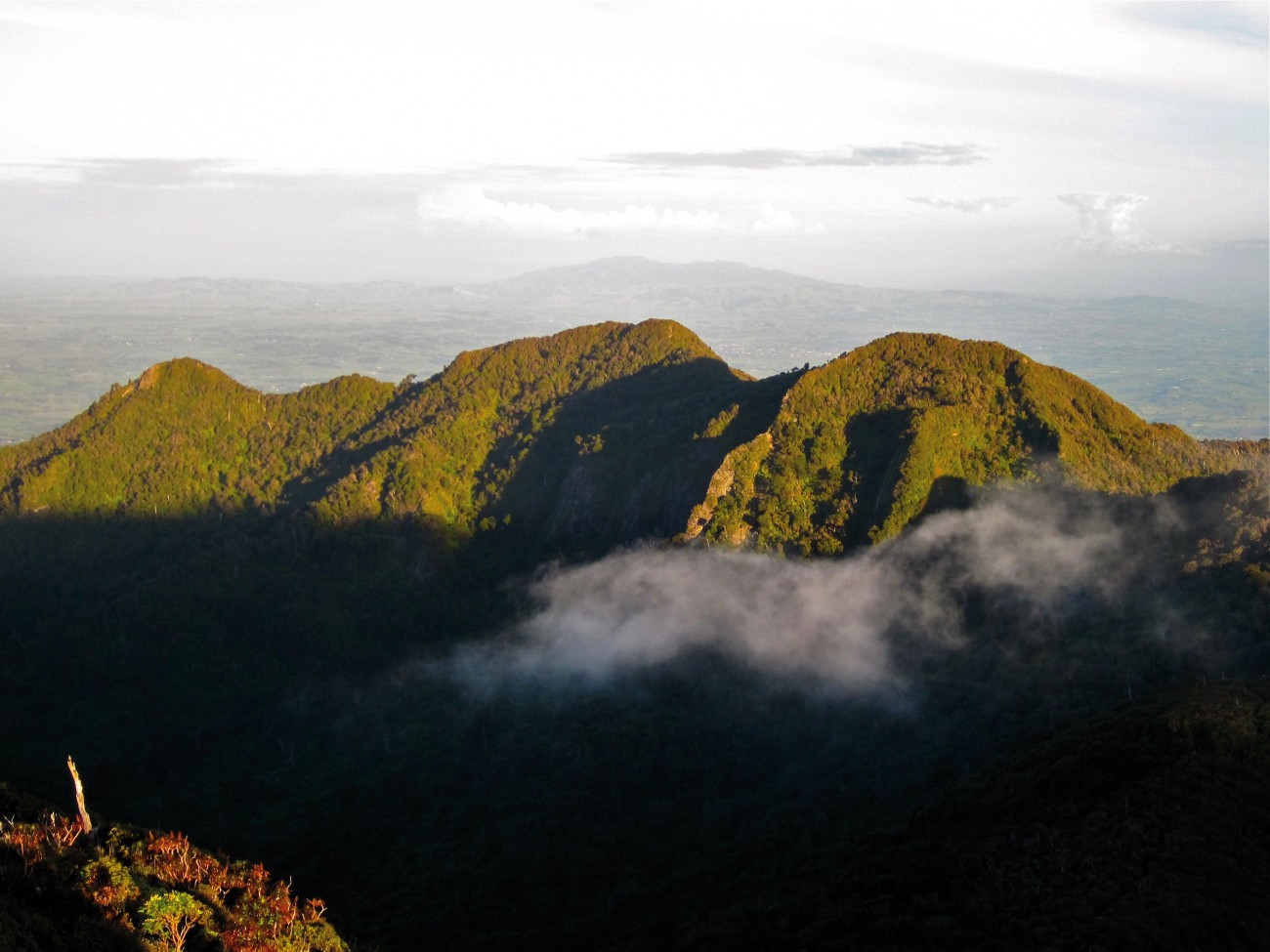 The Pirongia Traverse crosses the old volcanic cone of Mt Pirongia (959 metres) and is part of the Te Araroa route connecting Hamilton and Waitomo. South-west of Pahautea Hut it includes almost a kilometre Pirongia of mountain-top boardwalk. Te Araroa’s construction manager, Noel Sandford, organised the boardwalk construction in 2006 to take trampers across deep mud, and to protect Dactylanthus, the rare ‘wood rose’. Under his instruction, year 12 students at six Waikato secondary schools prefabri­cated dozens of 10-metre sections, which were then airlifted into place by an RNZAF No. 3 Squadron Iroquois. The boardwalk was completed in time for a December 2009 opening by Prime Minister John Key.

From the Kaniwhaniwha carpark on Limeworks Loop Road, the track leads away three kilometres through new plantings to a stopover campground with toilets and water.

From there take the Tahuanui Track, a steady and sometimes muddy eight-kilometre climb to the summit, where there’s a lookout with commanding views across the Waikato plains. Onwards from there another kilometre, you can overnight at Pahautea Hut, but it requires a DOC hut pass. Alternatively you can pitch a tent nearby on well-drained dry bark sites. On a clear evening here, the views from the helipad stretch south as far as the Central Plateau and Mt Taranaki.

The new boardwalk then leads away from the hut to the Hihikiwi Summit, with another good lookout en route over the west coast’s Kawhia and Aotea harbours. From there, follow the Hihikiwi Track down the southwest flank of the mountain to Pirongia West Road.