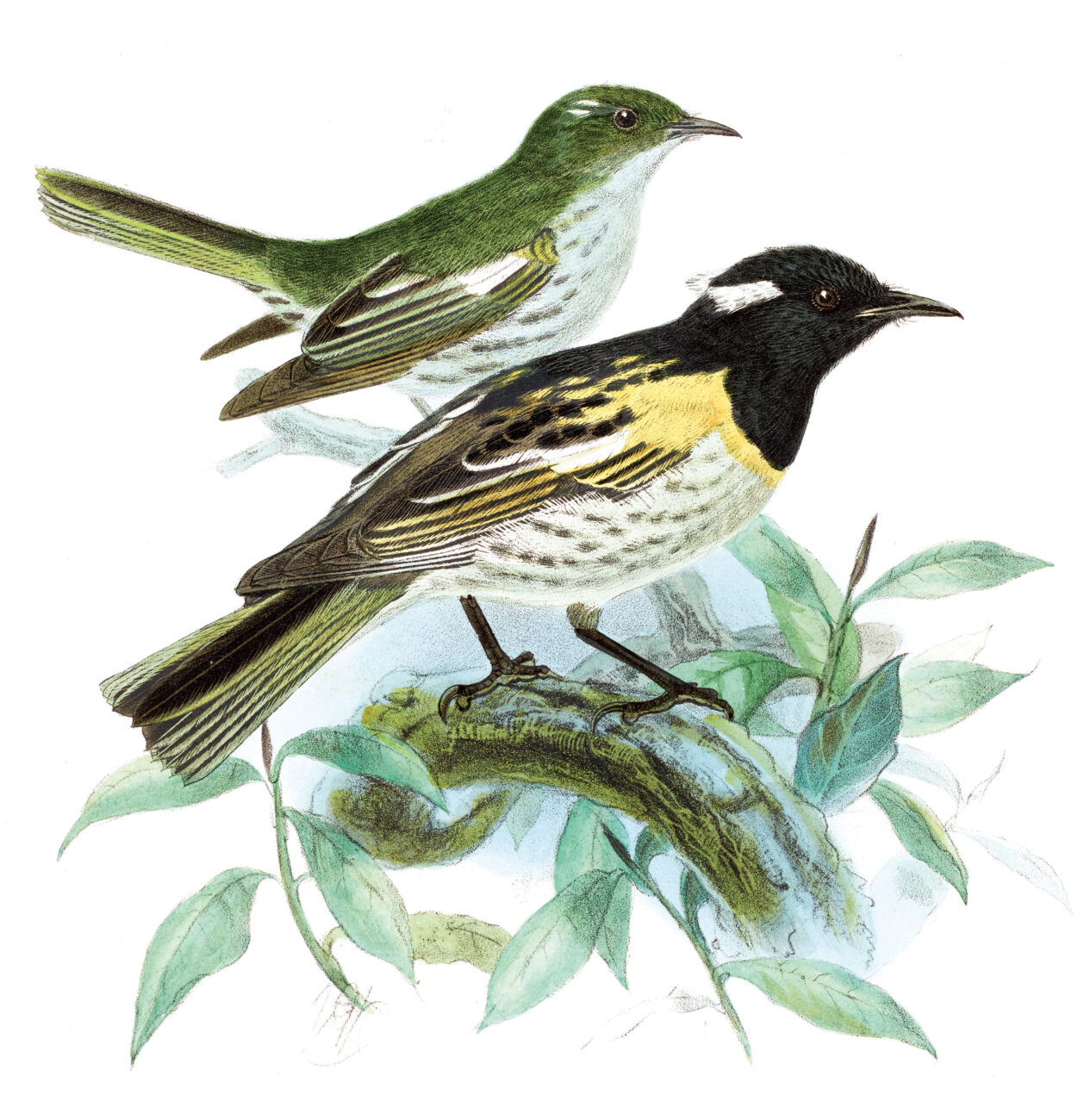 New friends ARE more important than family traditions when it comes to finding food, according to new research on hihi/stitchbirds.

Hihi behaviour makes them perfect for investigating how songbirds communicate information to each other. Young hihi stick with their parents for around two weeks after learning to fly. Then they join a social group of other young juveniles, where they hang out for about three months. (Exactly why hihi form these temporary youth clubs is unknown.)

Researchers set up feeding stations near hihi nest boxes on Tiritiri Mātangi, a predator-free island sanctuary 30 kilometres north-east of central Auckland. The stations had a variety of openings through which the birds could find sugar water.

Young hihi initially copied the behaviour of their parents, following their choices of feeding station and entry point.

But once the hihi juveniles farewelled mum and dad and joined a group, they switched their habits to match the group—changing feeding stations or the opening they used. If one hihi swapped to a different group, its routine would change again to align with that of the new group.

Adult hihi, who might fleetingly tag along with a youth group, did not alter their habits to fit in with the majority.