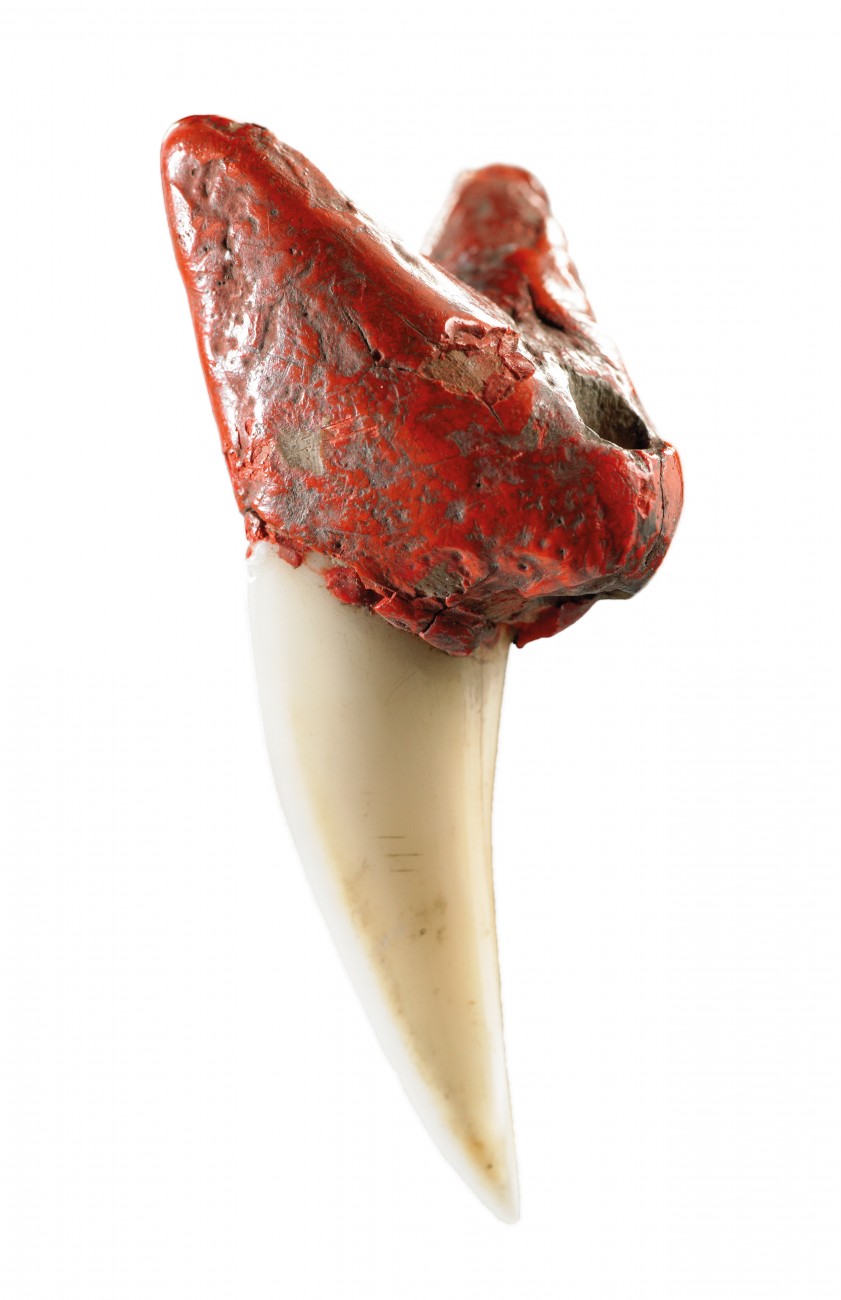 Early New Zealand artisans were champions of dental care, extracting and preserving the teeth of whales, elephant seals, sharks, dolphins, dogs and even humans to craft into jewellery and weaponry.

Sometimes teeth were left in their original shape, with the addition of drilled holes from which they were suspended as pendants, or sometimes larger teeth were carved into intricate forms. In the diary Joseph Banks kept during James Cook’s 1769–1771 voyage, he reported seeing rei puta worn by Māori, “the tooth of a whale cut slantwise, so as to resemble somewhat a tongue, and furnished with two eyes”.

In the 1940s, more than 130 pendants made of sperm-whale teeth were unearthed by anthropologist Roger Duff at a burial site at Wairau Bar, near Blenheim. The teeth were the central feature in necklaces of long hollow beads made of ivory or moa bones. Meanwhile, other excavations revealed that the 13th- or 14th-century residents of Houhora in the Far North adorned themselves with the teeth of fur seals, dogs and dolphins, alongside beads made of bird bones or skulls, and shells.

Real teeth mingled with imitation teeth made of serpentine, a soft meta­morphic rock from the Nelson region that varied in colour from black to green, with patches of white and blue. One outsize serpentine pendant, unearthed near Fortrose in Southland, is a 20-centi­metre imitation whale tooth that weighs nearly two kilograms. Serpentine was eventually abandoned in favour of pounamu, which is much harder.

But perhaps most prized were the teeth of mako sharks. Mako were admired for their ferocity and dominance, and their teeth— whether real or made from pounamu, or later, porcelain—made valuable earrings and heirlooms. After the arrival of Europeans in New Zealand, it became fashionable to adorn a mako-tooth earring with red sealing wax and black ribbons.

“The ornaments in the ear are of all kinds, and of fantastic shapes—long, short, square, round, rough, smooth, large or small, according to the fancy of the wearer,” reported the missionary William Yate in his 1835 book An Account of New Zealand, “but that which is most highly valued, is the shark’s tooth, which is beautifully white, with a little red sealing-wax melted on the fangs.”

Yate and other early European visitors described a variety of adorn­ments: tufts of albatross or gannet down worn in the ear, dried albatross skin, entire dead birds.

Aside from these accounts, much of Māori jewellery is lost to history, writes archaeolo­gist Nigel Prickett. “We will never know the full range of early Māori ornaments, since few wooden items, and none of fragile organic materials such as fibre and feathers, will have survived the many centuries since they were made and used.”