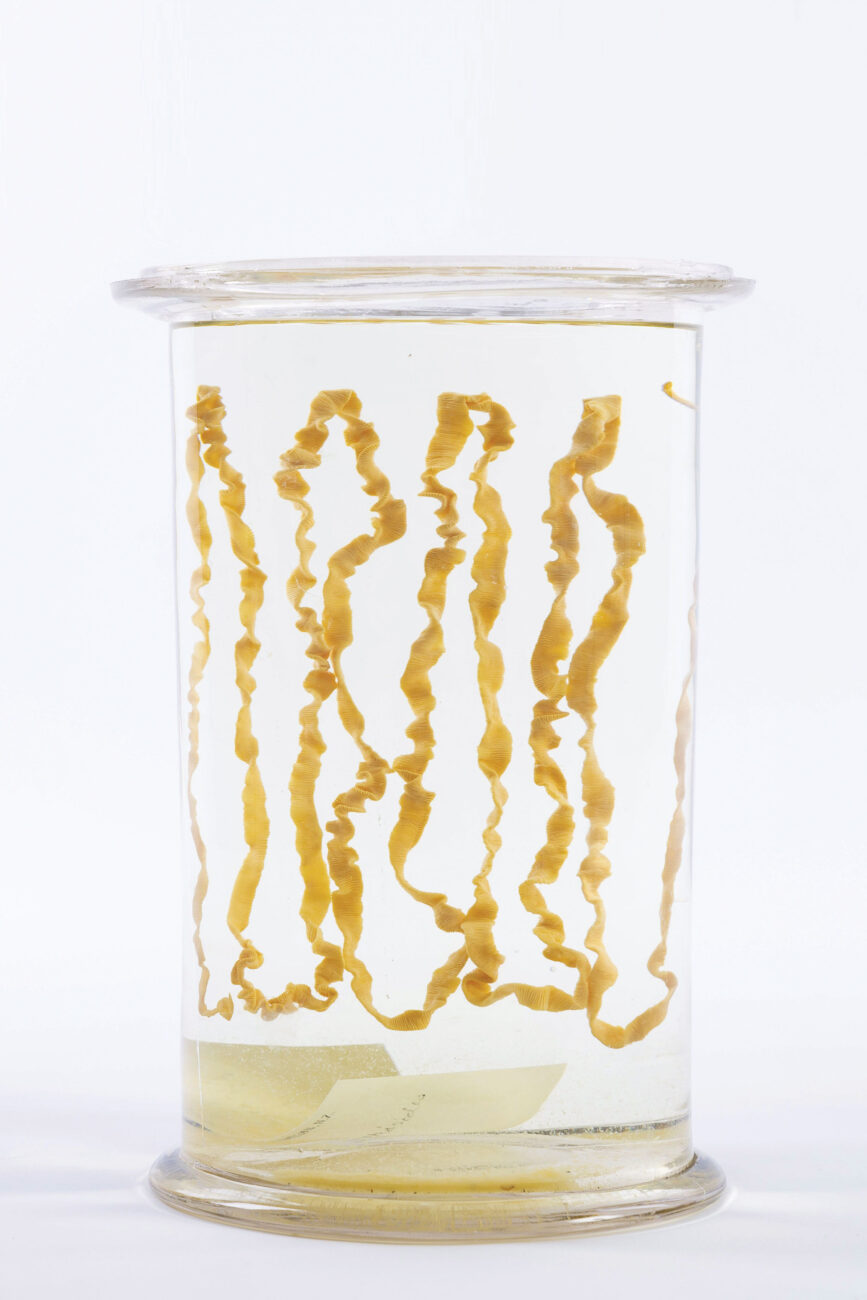 Parasites don’t get great publicity—they tend to drink blood or make their home inside intestines—but there’s a lot to value in this vast and varied group of organisms. In the journal Biological Conservation, an international group of scientists, including Allen Heath from AgResearch in New Zealand, describe their importance and present a plan to conserve them.

Parasites are animals which spend at least part of their lives feeding on or making their home inside living hosts. This freeloading approach to life is so popular that perhaps 40 per cent of all species may be parasitic, and parasitism may have evolved independently at least 200 times. Parasites are incredibly diverse, too—one study estimates parasitic worms number as many as 300,000 species, substantially more than the 70,000-odd vertebrate species that host them. Their presence isn’t necessarily negative for their host. Some parasites can regulate their host’s immune system, while others store heavy metals that might otherwise prove poisonous.

Around four per cent of known parasites infect humans, often to our detriment. The report suggests that parasites could be biomedical resources that help humans. We have already used leeches medicinally for many years, and some researchers are investigating helminths (worms) as a therapy for some autoimmune conditions.

In New Zealand, geographic isolation has led to a proliferation of endemic parasite species. The tuatara has its own resident tick species; the hihi is home to a unique coccidian, a microscopic single-celled parasite that dwells in the intestine. But we still have lots to learn and discover about the parasites that dwell in the nooks and crannies of Aotearoa.

Otago Museum is amassing parasites as part of a collection that already contains thousands of specimens. “Because the museum attends to many strandings of marine fauna across the South Island, they end up collecting lots of rare parasites that you wouldn’t find otherwise,” says parasitologist Anusha Beer, who recounted finding a three-metre-long intestinal worm while dissecting a stranded sunfish.

Such collections enable research into the fascinating lifecycles and myriad strategies devised by parasites. They may also become a compendium of disappearing biodiversity, says Beer: “It’s thought that about half of all parasites will become extinct without ever being discovered.”