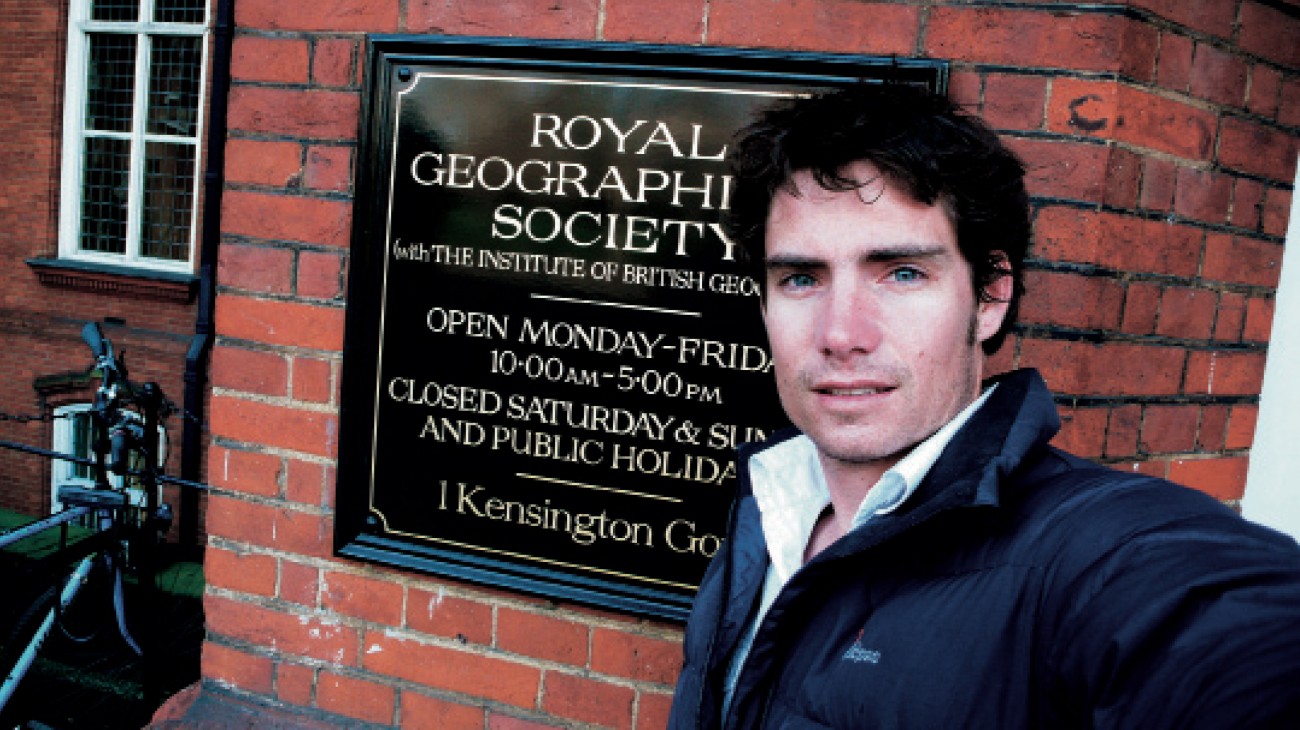 Beneath London’s hallowed Royal Geographical So­ciety is the assort­ed paraphernalia of five hundred years of explora­tion, the accumu­lated detritus of a world explored, annexed, surveyed and colonised. Here are Hillary’s oxygen tanks that he wore on his back to the summit of Everest, Stanley’s pith helmet (it fits), the remainder of Robert Falcon Scott’s food bags and Ernest Shackle­ton’s Burberry hood from the Nimrod expedition.

The map room contains one of the largest private collections in the world dating to the 15th century. One million sheets from Afghanistan to Zanzibar are filed in floor-to-ceiling drawers. They were drawn and carried by the vanguard of exploration and, for better or worse, development.

For a century, expeditions spon­sored by the Royal Geographical So­ciety were frequently front-page news; they were heady days to be a geogra­phy buff. The halls reek of unbridled ambition, tales of uncorroborated bravery and expeditions concocted through a haze of cigar smoke.

The Royal Geographical Society is less involved in exploration now, and has turned its attention instead to education—to communicating an awareness of the environment and an understanding of the interactions of mankind and the planet. It’s a mes­sage resonating in other corners of the old empire as well with geographic magazines published in Canada, Af­rica, Australia, the United States and of course this publication, all aspiring to similar virtues, many with their own societies attached.

New Zealand Geographic has as­pired to these ideals for two decades and is now also establishing a society to more vigorously engage in environ­mental education, unique research and involve readers who are already enthusiastic about our natural and cul­tural heritage—read more about this on page seven.

And much like the basement of the society in London, this issue also holds an eclectic collection of geographic treasures. Let’s begin some 100 mil­lion years ago when the boundaries of New Zealand were very different and the creatures that lived upon it almost unrecognisable. In that era terrifying therapods, giant salamanders and 10 m titanosaurs roamed these ancient isles.

Back in the present we investigate the albatross, locked in a mortal dance with our fishermen who are leading the world in attempts to avoid by-catch. Our deputy editor Margo White sips a sav in Marlborough, the region that put New Zealand winemaking on the map, and on the eve of the Olympics Geoff Chapple considers sport and politics, two institutions held apart but destined to collide.

And celebrating the 150th anniver­sary of kingitanga, Steve Sole experi­ences a poukai, the travelling court of King Tuheitia. Incidentally, he quotes James Kerry-Nicholl’s recollection of the second Maori king, Tawhiao, which was re-published by none other than the Royal Geographical Society in 1885—just one of some 150,000 tomes catalogued in that voluminous basement.