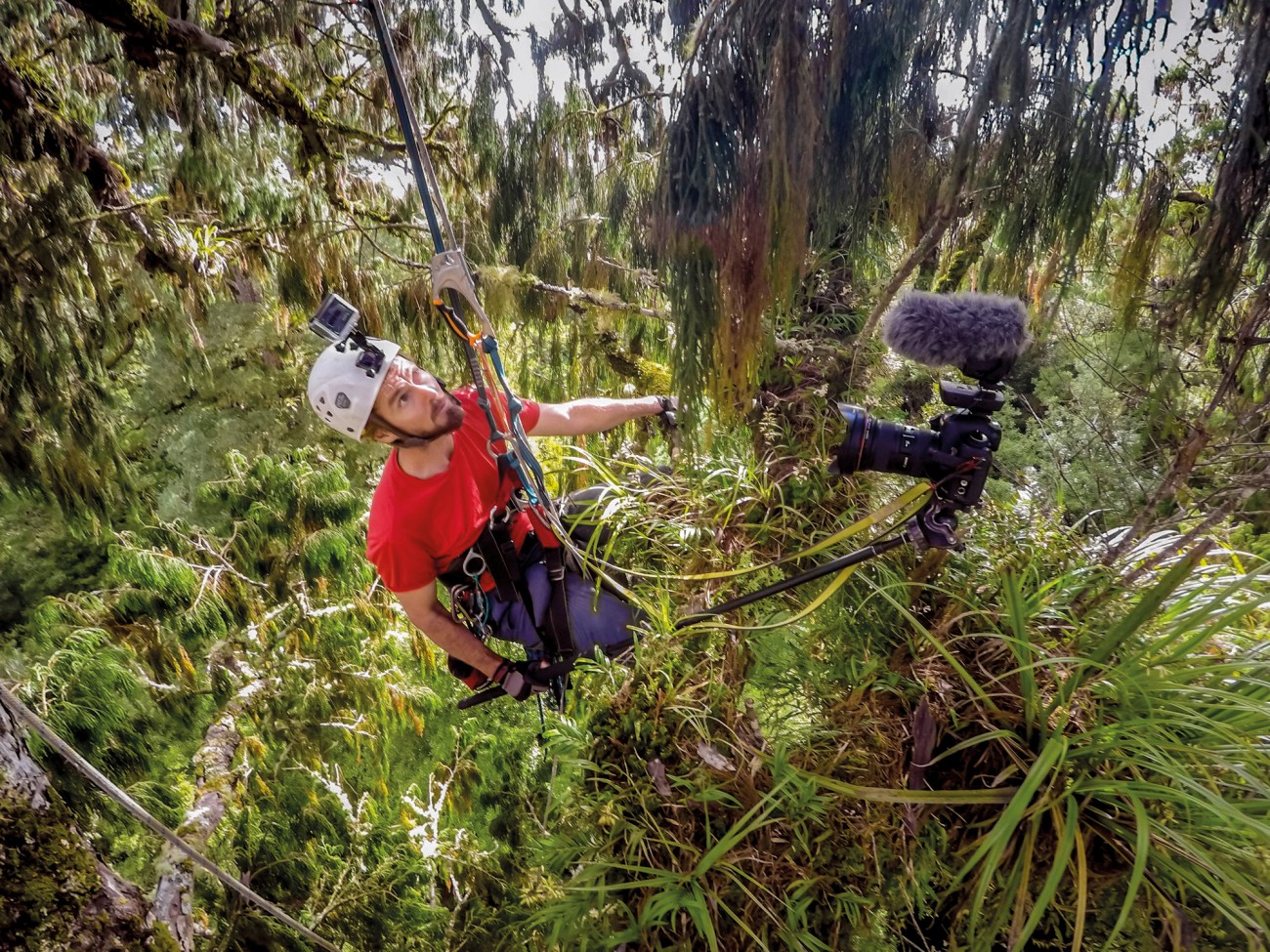 “It all started because I got sick of taking photos,” says Australian photographer Steven Pearce. “At least photos that had nothing to say. I wanted to sink my teeth into an idea that could achieve something worthwhile. Something elaborate. Something that made a statement, or contributed to the culture or environment in some way.”

That’s when Pearce’s partner Jennifer Sanger, a canopy ecologist, noticed a post on Catherine Kirby’s epiphyte blog in New Zealand. Kirby was wondering out loud how great it would be to take a picture of a magnificent New Zealand tree—a giant tawa, perhaps, or a rimu—in the same way as legendary photographer Michael Nichols had captured a Californian redwood for National Geographic.

Pearce thought, “I can do that,” a notion that mapped out the next year of his life, involving a multitude of trips across the ditch to crash through the temperate rainforests of New Zealand.

“I wanted to capture a tree as an object of beauty,” he says. “A symbol to identify with.”

He found such an icon in Pureora Forest Park; a 700-year-old, 41-metre-tall rimu. It was an ideal exemplar for the New Zealand forest—rimu are the second-most common tree species in the country, one of the most widespread, and a representative of the podocarp family, a forest type for which there are now few truly old-growth stands in New Zealand.

Pearce and a dedicated team from what had become the New Zealand Tree Project—see nztreeproject.com—embarked on a four-week stint of fieldwork to photograph it. Using 150 metres of rope, and another 130 metres of cable, he strung a camera rig from an adjacent specimen that would glide down cables, shooting a frame from two cameras every half-metre. (“Rope management became a key part of the project,” he smirks.)

Pearce ended up with 65 photographs, which he spent some 180 hours manually compiling into a massive single image — reproduced on page 49. “It was not particularly easy,” he admits. “If you’re a technical person, the process just drives you mad.”

The result, says Pearce, is a “window back into a time when a lot of New Zealand looked like this. We didn’t want to focus on the negative, or use guilt or fear or make a political statement. We just wanted to celebrate this tree as a beautiful object.”