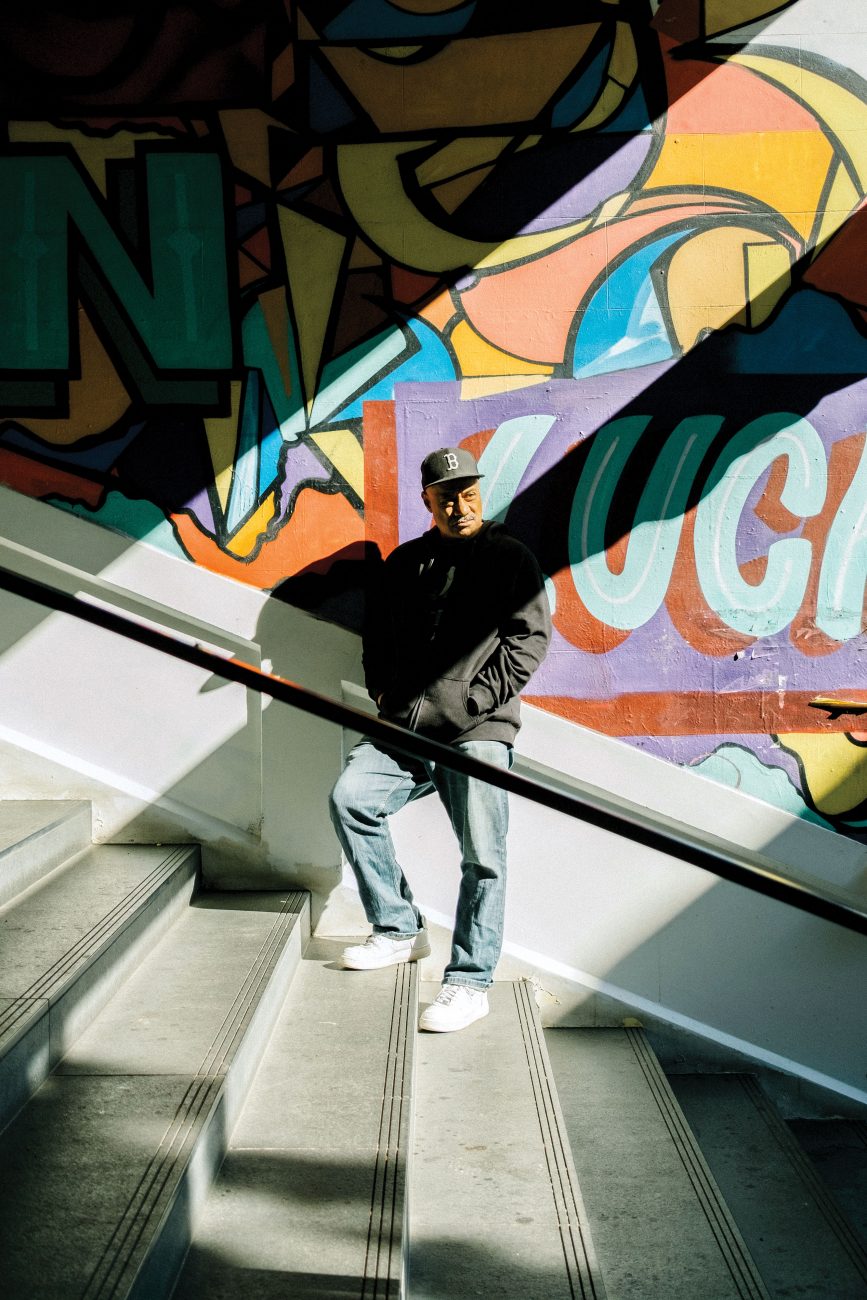 When Osa Kightley started as a journalism cadet at the Auckland Star, he was told to Anglicise his name to make it easier for readers to connect with him. “If you didn’t have a proper name, an Anglo name, you were seen as instantly from the outside,” he says.

At the time, he didn’t mind much. He loved the writer Oscar Wilde and was used to people pronouncing his name wrong.

“That stuff was so normal, you didn’t even think, ‘this is a bit off’, ‘that’s wrong’. You were expected to adjust yourself to fit into society, as opposed to society meeting you.”

Osa Kightley arrived in Aotearoa from Samoa at the age of four in 1973 on the eve of the Dawn Raids, the infamous police crackdown on illegal overstayers, mainly from the Pacific Islands. He moved from his father’s village, Faleatiu, after his father died, and grew up with his aunt and uncle in Te Atatū.

When he was 11, he was walking along the main road in Te Atatū with his friend when a police car pulled up beside them. Kightley and his friend were on the way to the laundromat to use the dryer, so his friend had a big bag of wet washing. The cop got out and started hassling them, presuming they had stolen chocolates from a letterbox promotion. Kightley remembers passers-by staring at them.

“I was a smart kid. So, I always knew when people were just stopping at the colour of my skin and not looking any further. I was like, ‘I can see what you’re doing. You know, I can feel it. Yes, you might think that you’re keeping your judgment hidden, but it’s really obvious.’

“It was pretty yuck and home was the safest place to be. I remember being scared to even leave the house.”

Kightley began to write a play about the Dawn Raids because he felt the pervasive racist attitude of New Zealanders was informed by how the raids were portrayed in the media. He spent a year researching, poring through the Auckland Star’s old editions and news clippings. “I was shocked by the things that I discovered. The way cabinet ministers would talk about our community and the way police were talking about us. The way we were perceived as not even human or not even deserving of respect.”

By the time he began writing Dawn Raids, Kightley was living in Wellington and working for the sketch comedy television show Skitz. “I’d work all day on that and then go back at night and use their computers because I didn’t even have a computer—or a typewriter—then. I wrote it at night until dawn, after writing for telly laughs.”

For him, the journey to producing creative work is intuitive. “Always it’s about feel. What feels right. ‘Is it too long? Is that necessary? I love it, I’m attached to it, but can I cut it out?’ It’s always about how something feels to me. I have to make sure I’m in a space where I’m sensitive to that.”

Even after decades, the creative process is a struggle for him. “A big part is looking at the blank page on my laptop until blood starts running down my head.”

Kightley is inspired by culturally located storytelling. The Spike Lee film Do the Right Thing resonated: “It was about a block.” A square of streets in Brooklyn. There were the tensions of cultures living side by side, and a wonderful array of characters. Likewise, he was inspired by hip-hop group NWA singing about being “Straight Outta Compton” (in Los Angeles).

“By being specific about where you’re from, and your stories, that’s how you reach a wider audience.”

But telling culturally based stories about a community that struggles with racist representation also means that Kightley has faced backlash when stories or characters touch on material that is uncomfortable.

bro’Town, an animated television series, and the film Sione’s Wedding, both of which Kightley co-wrote and starred in, were accused by some of perpetuating negative stereotypes. One of the characters in bro’Town is an alcoholic father; and the young men in Sione’s Wedding are larrikins.

“To us they were never stereotypes,” he says. “We were creating characters based on a world we knew and people we knew.”

Kightley feels the stereotype label is foisted on creative content by Māori and Pacific people in a way that isn’t applied to Pākehā. “I feel like as brown creators, they somehow expected us to be more reverent and more respectful.”

But he recognises that Māori and Pacific content is charged with the responsibility to represent the entire community because of the dearth of Pacific stories. “It happens because there is not enough of our stuff being made,” he says. “No one watches The Godfather and thinks all Italian Americans are Mafia.”

Today, Kightley embraces what he calls “the boring life”. He’s currently working on a series called Duckrockers, a prequel to Sione’s Wedding, writing late into the night. As in his childhood, his home has stayed a safe place away from unwanted attention. “My family in Te Atatū was always where I would go and escape from all of it, from the scrutiny or the profile or the pressure. I could walk into the family house and just be me again. And go, ‘What’s to eat?’”