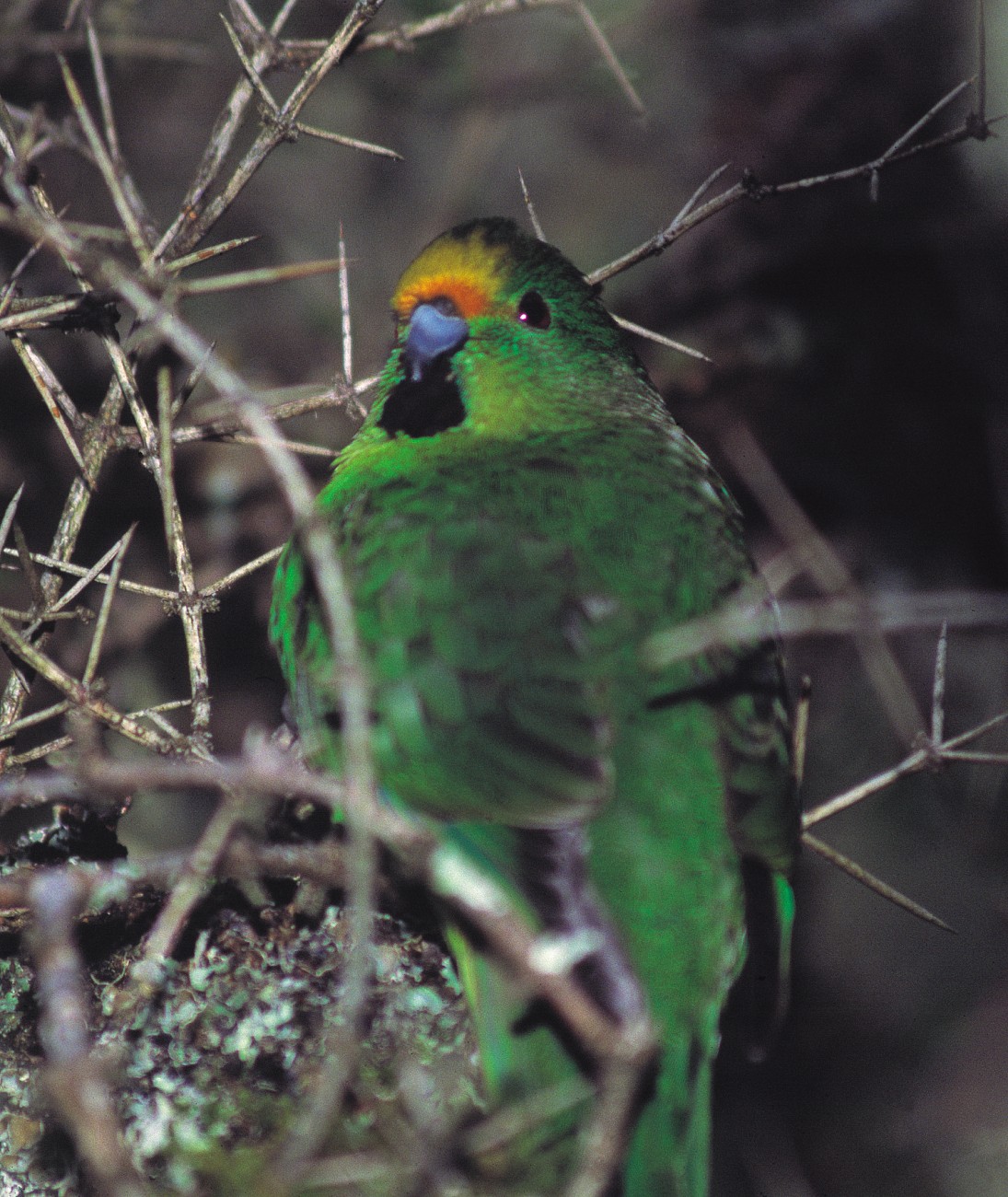 To date, there are only two known populations of orange-fronted parakeet: in the Hawdon Valley, Arthur’s Pass National Park, and in the south branch of the Hurunui River, Lake Sumner Forest Park.

It was the discovery of the Hurunui population in 1995 which provided the first opportunity to study orange-fronted parakeets in the wild alongside yellow-crowned parakeets.

Field observations revealed no mixed pairs, suggesting that the two populations can sustain separate gene pools and might have separate mate-recognition behaviours.

The birds themselves are around 23 cm long, half of which is the long tail. At first glance, differences between the yellow-crowned and orange-fronted parakeet are not apparent, but closer inspection reveals subtle distinctions in colour.

Sir Walter Buller de­scribed the orange-fronted plumage as being a “cold blue-green” colour, and John Kearvell of the Department of Conservation thinks that is an apt description. “In comparison, the lime-green plumage of the yellow-crowned parakeet is almost gaudy,” says Kearvell.

The orange-fronted parakeet has a pale lemon-yellow crown, an orange forehead band and orange rump spots, while the yellow-crowned has a bright golden-yellow crown, with crimson frontal band and rump spots. Yellow-crowned male and female birds appear to have the same colour intensity, but the orange-fronted female seems to be a faded version of the male, which Kearvell likens to “having sat in the sun too long.”