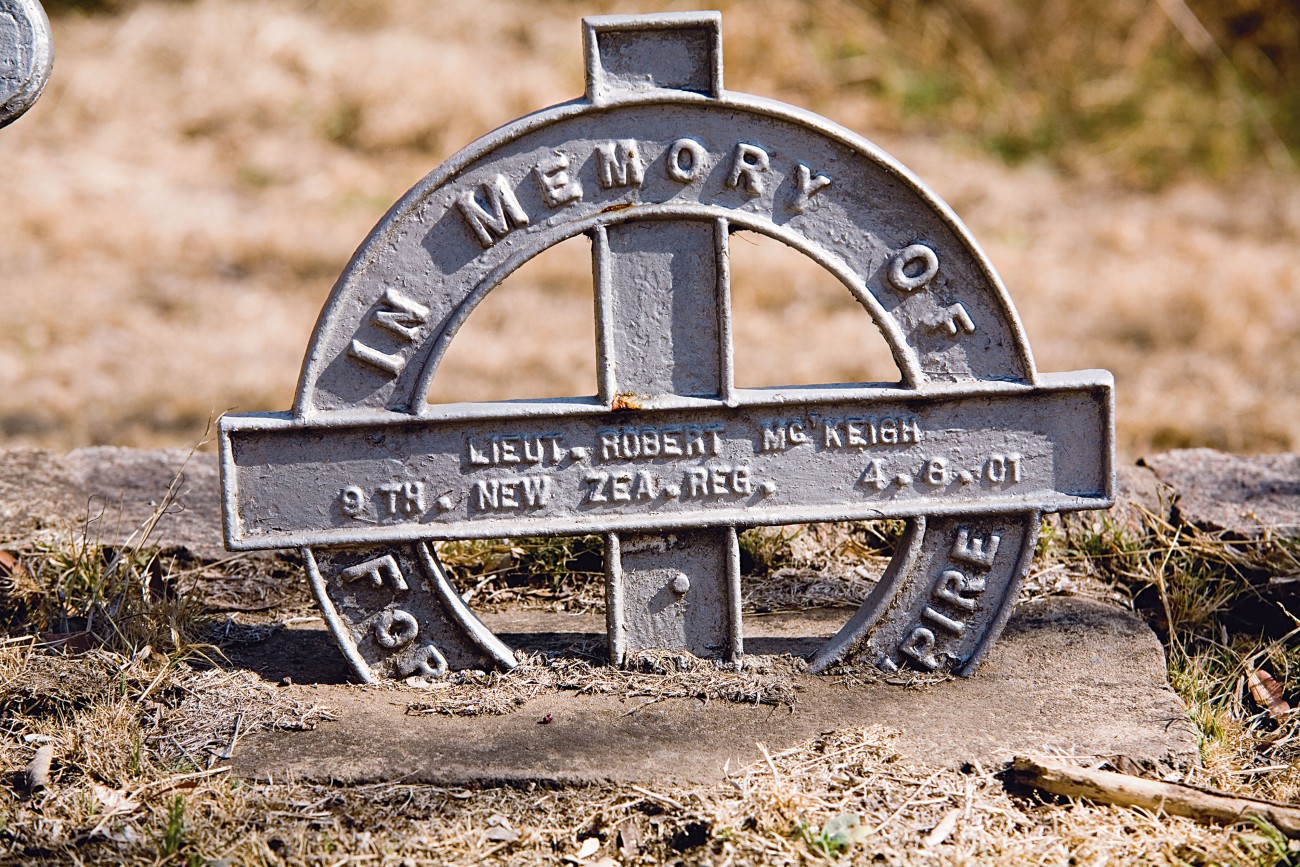 Kerins’ nephew Dennis Kerins fulfilled that wish, promising he’d get her a photograph and eventually, enlisting the help of a friend visiting Crete, he managed to do so.

But Dennis Kerins wondered if oth­er people may be in similar situations, which led to the conception of the New Zealand War Graves Project (www. nzwargraves.co.nz), which aims to pro­vide an online photographic archive of every graveyard and memorial com­memorating New Zealand’s war dead from every war. Think of it, says Derrick Bunn, the project’s photographer, as a modern-day war memorial “which will be a lot more detailed, because we’re not stone masons and we’re not restrict­ed to a six-inch piece of stone”.

Yet old stones often reveal remark­able biographies, such as that of Major Don Stott, commemorated at Labuan War Cemetery on the small island of Labuan (part of Sabah, Malaysia) in Brunei Bay, Borneo. The former rotary machinist for the New Zealand Herald led a particularly heroic war-life. He was captured in Crete where, as a prisoner of war, he somehow persuaded the war­dens to let him establish an athletics club and, having secured a couple of poles, then vaulted himself to freedom. In fact, Stott cheated death several times before finally disappearing in stormy seas off the coast of Borneo, when he was lead­ing a unit of commandos and saboteurs into Japanese territory.

Even among our war-dead, as other stories show, death can occur in the most unexpected quarters. A pilot, Mur­ray Gray, buried at Purewa, Auckland, had been dropping pamphlets over Whangarei. “War bond advertising or something,” says Bunn. “But, flying up­side down, the engine cut out. He tried to land on a road but hit the power lines while coming in.” Pilot Officer Charles Smith was also killed in the crash.

Bunn has now photographed grave­yards from all over New Zealand, Aus­tralia, South Africa and most of the Pacific, and collected around 5,000 images so far. One of the most remote headstones was that of Lance Corporal Alan Yealands, located at the highest point of Eua Island, Tonga. The head­stones in South Africa, which are cast in iron, are the quirkiest. “And a lot of them were misspelt,” he says. “So poor old McKeitch is spelled as McKeigh.”

As the trust is dependent on fund­ing, Bunn wouldn’t be drawn on exactly when the images and their details will be available for public viewing. “I’m very hopeful that by the middle of this year the public will have access to the photos we have so far.”