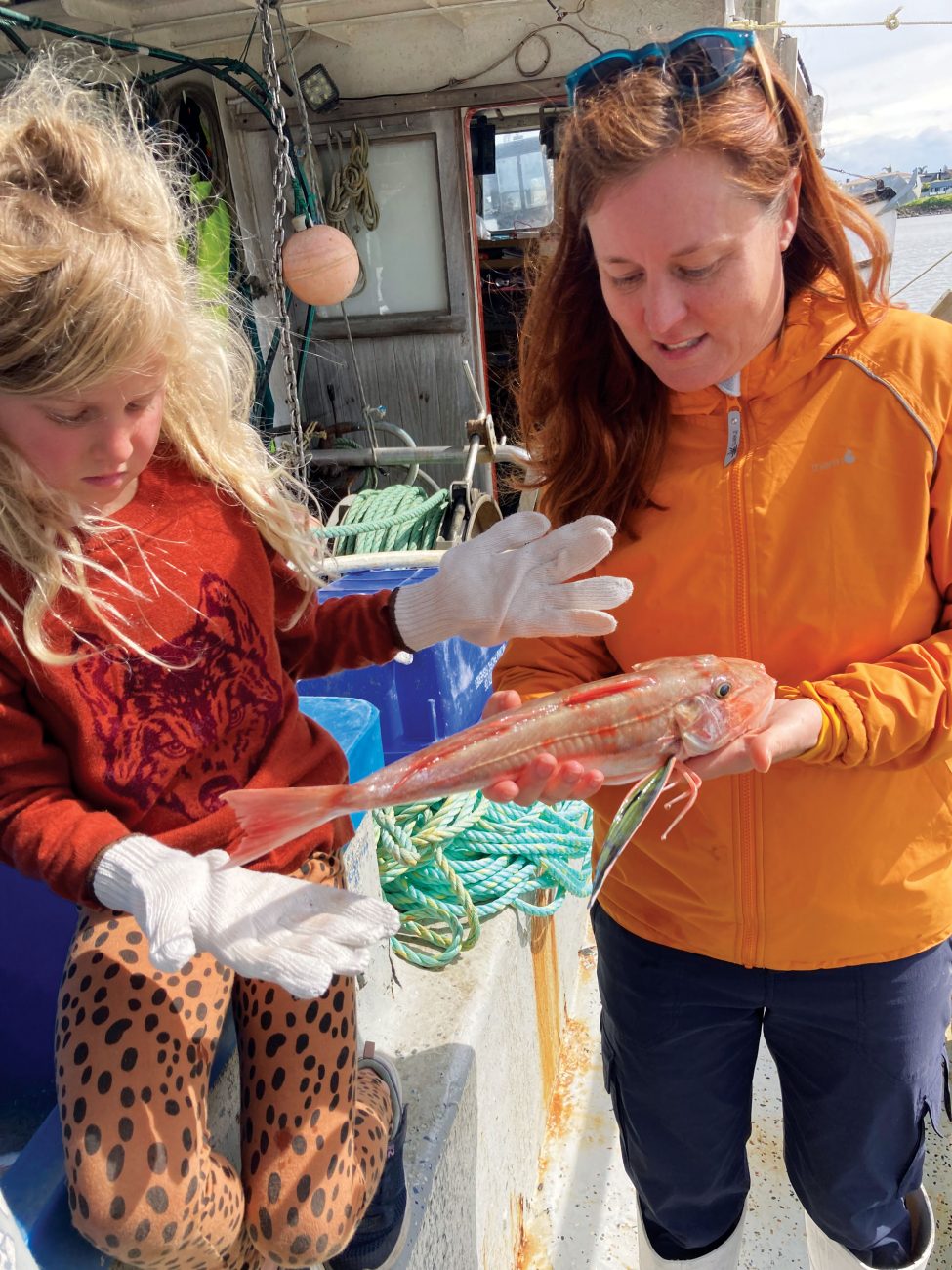 Journalist Kate Evans grew up next to Leigh Fisheries and has been reporting on oceans for four years. But she doesn’t really fish, and being on board a commercial trawler, Tengawai, was a first. It was a rush, she says, watching the fish gush from the nets into the holding bins, and from there into the sorting trough. She was fascinated, clomping around like a toddler in oversized gumboots.

“There was a stingray’s barb hidden among the fish very close to me and the deckhand was like ‘Watch out, there’s a stingray in there!’ He had once taken one to the stomach—it’s an occupational hazard.”

Tengawai pulled up things Evans had never seen before, like the frost fish and pink maomao. A few weeks later, after an outing with one-man trawling operation Karl Warr, Evans’ kids Indigo and Amalia (above) met their first gurnard. “It was fascination but also fear. You could still see the beautiful wings.” They ate it for dinner.