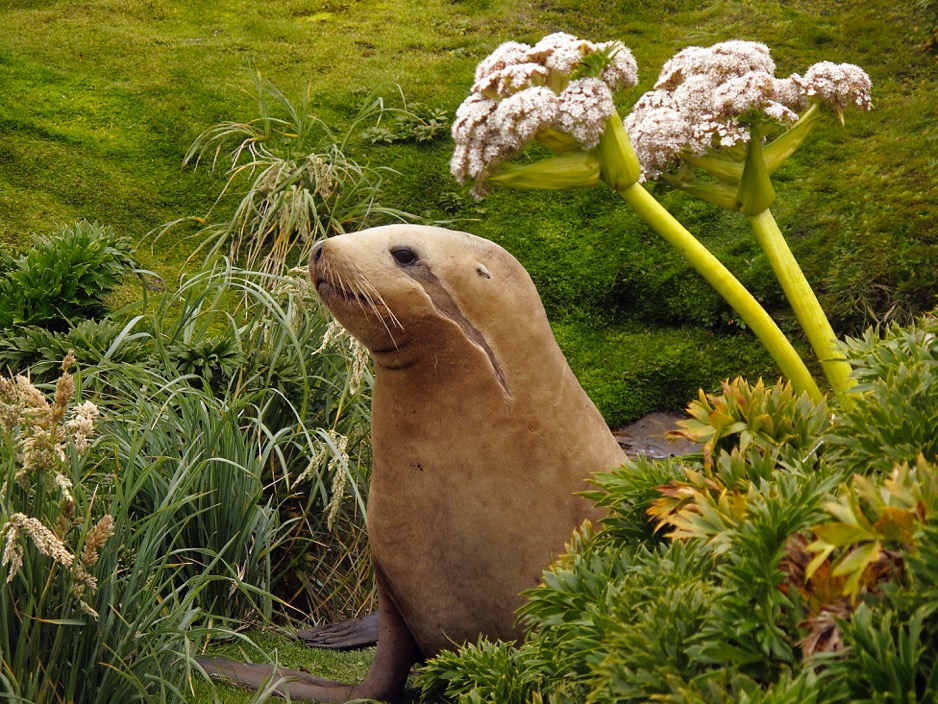 Explaining its decision to shift the sea lion one click closer to extinction, the Switzerland-based IUCN said: “The New Zealand Sea Lion (Phocarctos hookeri)—one of the rarest sea lions in the world—has moved from Vulnerable to Endangered, mainly due to disease, habitat modification caused by fishing, and accidental death as a result of bycatch. The species has never recovered from the severe population depletion which occurred due to commercial hunting early in the 19th century.”

Responding to the news, University of Otago conservation biologist Bruce Robertson said that the government should be taking a far more precautionary approach in its management of the squid trawl fishery around the subantarctic Auckland Islands where sea lions breed.

Instead, in 2012 the Minister for Primary Industries increased the level of fishing by 140 percent “on the unverified assumption that fishing impacts (i.e. sea lion bycatch) had been resolved,” said Robertson.

Sea lion bycatch is an issue as slippery and many-tentacled as the squid themselves. The core problem is simple: sea lions and fishing vessels work the same squid aggregations off the coast of the Auckland Islands. A trawl net steadily filling with squid is an attractive target for a foraging sea lion, but it is a risky feeding strategy; an animal may become trapped and drown.

Over the years, a potential solution for accidentally captured sea lions has been developed and refined: namely the sea lion exclusion device or SLED, essentially an angled grille or grid through which squid can pass, but not sea lions, along with an exit hole in the top of the net directly above the grille through which trapped sea lions can escape. A hood above the exit hole is supposed to trap any sea lion that has died or been rendered unconscious by its passage through the net, so that its presence can be noted by observers when the net is hauled aboard the trawl vessel.

Since the mid 2000s, when SLEDs came into widespread use, the observed bycatch of sea lions has been declining, an outcome that suggests to fisheries managers and some scientists that SLEDs are working.
Robertson disagrees. “The government and industry repeatedly say that SLEDs have solved the issue of sea lion bycatch, but they do not have the evidence to support this claim,” he says.

Last year, when I was writing a feature story for New Zealand Geographic on the state of the country’s marine environment, I called Robertson to discuss the sea lion issue. He explained that a decline in observation of sea lion bycatch may not mean a reduction in sea lion mortality, for the simple reason that dead or injured animals can potentially float out of the SLED, past the hood, and never be observed. Indeed, one of the refinements to the SLED was to add floats to the hood to keep it open, so that a live sea lion wouldn’t become tangled in it and could readily escape. But the flipside is that a dead animal would likewise not be impeded as it floated out.

The SLED/hood arrangement no doubt works as intended when the net is in steady motion, Robertson explained, but there are periods during shooting, hauling and turning when the net is either motionless or experiencing variable water flows, which can lead to backwash out of the hood—a reverse flow that carries a dead or concussed sea lion with it.

In Robertson’s opinion, SLEDs may not have mitigated sea lion bycatch at all, but rather put the evidence beyond the detection of observers stationed on the fishing vessels.

It’s been tried, he said. The problem is that the nets are trawling near the seabed, and kick up so much sediment that underwater visibility is close to zero.

So in Robertson’s view, SLED efficacy remains unproven, and the low mortality numbers recorded by observers should be treated with caution.

He added that a focus on net-related sea lion deaths may obscure the health impacts of injuries such as concussion. A female sea lion might survive its washing-machine passage through a net and out the SLED, but what impact might this trauma have on its future breeding success?

“Survivorship of breeding females is the pressure point for the population,” he said. A female sea lion produces, on average, only 4.4 pups during her life. “You would have to increase pup survival by 20 percent to get the same change in population growth you get by increasing female survival by 1 percent,” he said. “This is why it comes back to the direct impacts of fishing. Who knows what happens when a sea lion interacts with a SLED, even if it survives? What might the long-term impact on breeding be?”

Also difficult to assess is possible post-net injury or mortality. Some sea lions may run out of air and drown outside the net as a result of the amount of time they were detained within it.

Then there is the question of predation. “Suppose a sea lion goes through a net, knocks its head on the grid and thinks, ‘Gee, that was terrible’ and tries to make it back to the surface. There are a bunch of things following trawlers, and they’ve got big teeth! If a sea lion comes out and it’s not up to its game, bang! Gone.”

Over and above these direct fishing impacts is the background resource competition—humans and pinnipeds going after the same prey. “Sea lions seem to have changed their diet in the last decade, from fish with high nutritional value such as hoki and ling to fish of lower value such as arrow squid,” Robertson told me. “It could be that heavy fishing of hoki and ling by trawlers made those desirable species less available to sea lions, which were forced to concentrate on squid instead. Resource competition is definitely a smoking gun.”

Globally, the threshold for acceptable gratuitous destruction of marine mammals is lowering. People are horrified by dolphin slaughter in Japan. Pro-whaling nations are considered pariahs. I was going to write: “If sea lions were dolphins or whales we wouldn’t tolerate this fishing impact.” But, actually, we do. We play a similar Russian roulette with Maui’s dolphins.

“What the government should be saying is: ‘Sea lions are in trouble. We’ll move the fishery and make this area a marine sanctuary, at least until the population has bounced back,'” Robertson told me. “But it’s not a priority. If 55 Maui’s dolphins aren’t a priority, 9000-odd sea lions have a long way further down to go before they get the attention they need.”

Robertson notes that the government is currently running a threat management planning (TMP) process for sea lions. “This has effectively stalled any changes to sea lion management at least until the 2016 or 2017 fishing season. So there is talk, but no action.”