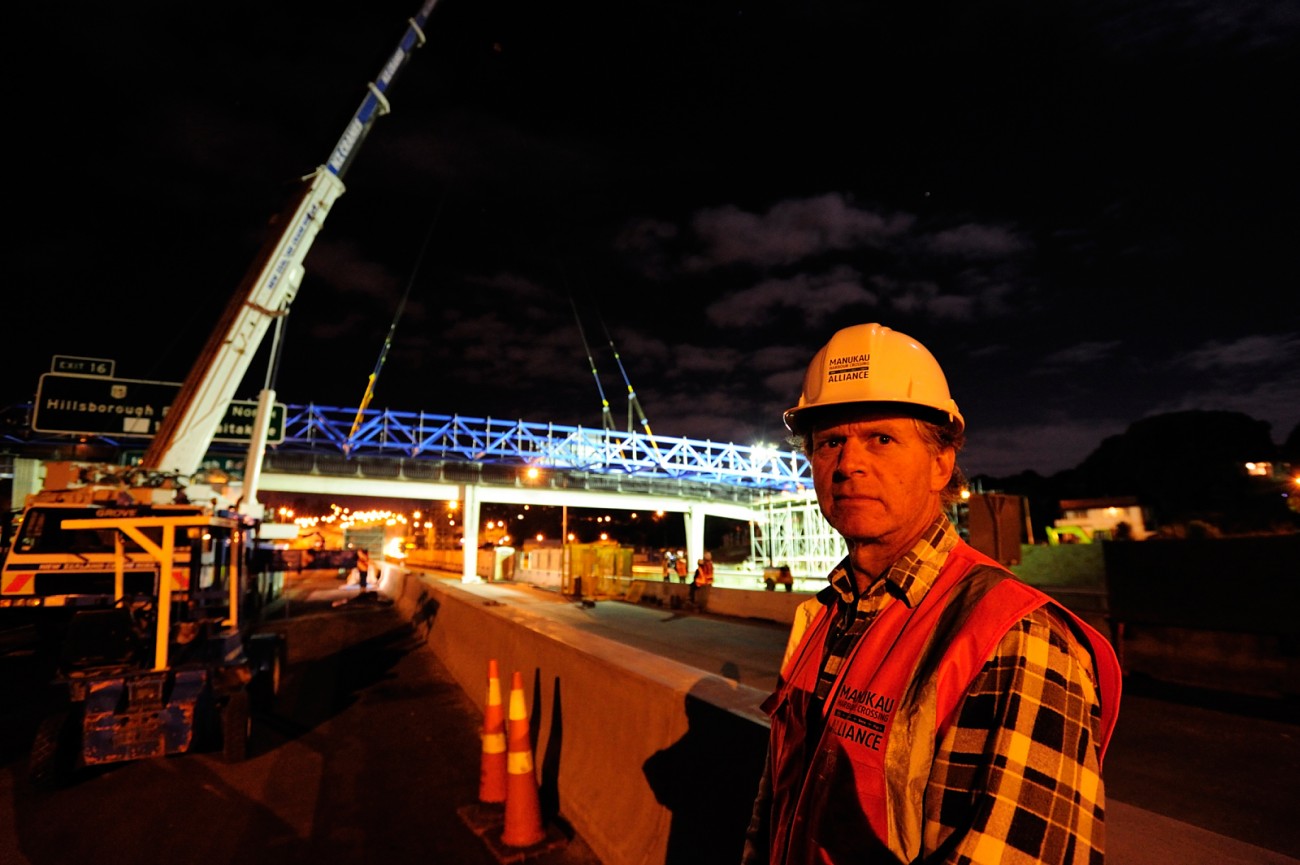 Vaughan Yarwood has been writing stories for New Zealand Geographic since its second is­sue, covering everything from classic yachts to coal and sphagnum moss to swine flu. However his real interest is rarely the subject at hand, but rather “how these industries and activities shape us as a country and a society”.

“All of this infrastructure and these decisions are part of the machine that delivers the life we live, and those structures can be both liberating and imprisoning,” he says.

His latest assignment, the construction of Auckland’s Western Ring Route, was a case in point. It meant keeping time with the grand cli­maxes in the orchestration—the lifts and posi­tioning of the largest structural elements which required motorways closed, usually around mid­night. The relentless drone of rubber on asphalt instantly quieted “as if a tap had been turned off”, and works began. In the story he summarises all the usual economic development cases for high­way infrastructure, but also hints at the polemic facing any large city—more roads inevitably equals more cars, a circular dilemma of spending dating back to ancient Rome.

But for Yarwood, writing is more than just a tool for communication, it is also a discipline through which to examine the world, and by or­dering it on paper, also make sense of it himself.

“It’s so easy to go through life without giving anything any thought, and writing for me is a commitment to framing the experience of life, it helps me to define what I think of the world,” he says. “Like E M Forster said, ‘How can I know what I think until I see what I say?’”

Yarwood regularly contributes book reviews, profiles and features for New Zealand Geo­graphic, and is also writing an introductory es­say on the life and times of New Zealand society for Peter Quinn’s book to be released under the New Zealand Geographic imprint in October.

“Writing about these themes plots our evolu­tion as a nation, and the wider perspective of the evolution of human thought and society,” he says.

Like Quinn’s photography, it charts the slow progress of nationhood over the last 20 years through the lens of individuals—the unlikely heroes of industry, art and community that so define New Zealand culture.

Everyone lives in a world they cre­ate for themselves. Everyone’s life is a sto­ry, and in everyone’s experience there is a lesson—that’s why I’m interested in the stories of our people.”