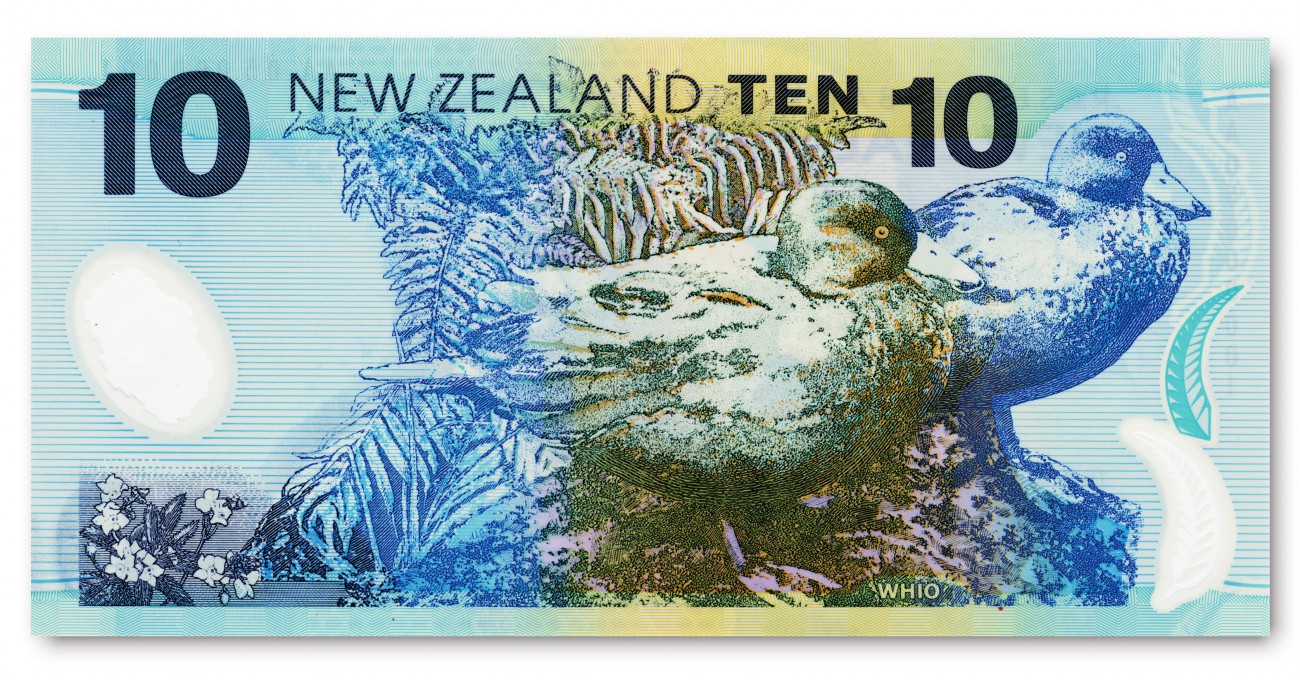 How many of us really examine our coun­try’s everyday artefacts? Could you name from memory the people, plants and animals printed on the crumpled banknote in your pocket? Would you know their stories, their accomplishments or the perils that may one day render them extinct?

There are 20 million New Zealand $10 notes in circulation. Yet the whio, or blue duck, printed on these notes number only 2500 individuals.

Hymenolaimus malacorhynchos is endemic to New Zealand and the male’s whistling call (which is the onomatopoeic source of their name) is heard, though all too rarely, in New Zealand’s river catchments. The whio is the only member of its genus, and one of only four waterfowl in the world to inhabit white-water rivers year round. Surviving mainly on freshwater invertebrates, they have an unusual fleshy lip-like overhang on their beak, which helps them scrape insect larvae off rocks. They lay a clutch of between four and nine eggs in caves or under logs near the rivers.

In 1992, when whio were first printed on banknotes, researchers were witness­ing a staggering and mysterious decline in their population. In 1999, cameras placed on whio nests in Fiordland recorded stoats killing female ducks and taking the eggs. No ducklings survived. It was introduced preda­tors, rather than habitat loss, that researchers decided was the key factor in their demise. Traplines were set in the area immediately and the survival rate of ducklings increased to 65 per cent.

Now, eight areas in the North Island and 13 in the South are protected in this way. Ton­gariro Forest’s whio population has increased by 50 per cent since traplines and the poison 1080 were employed in 2007. It’s all money in the bank for the whio.