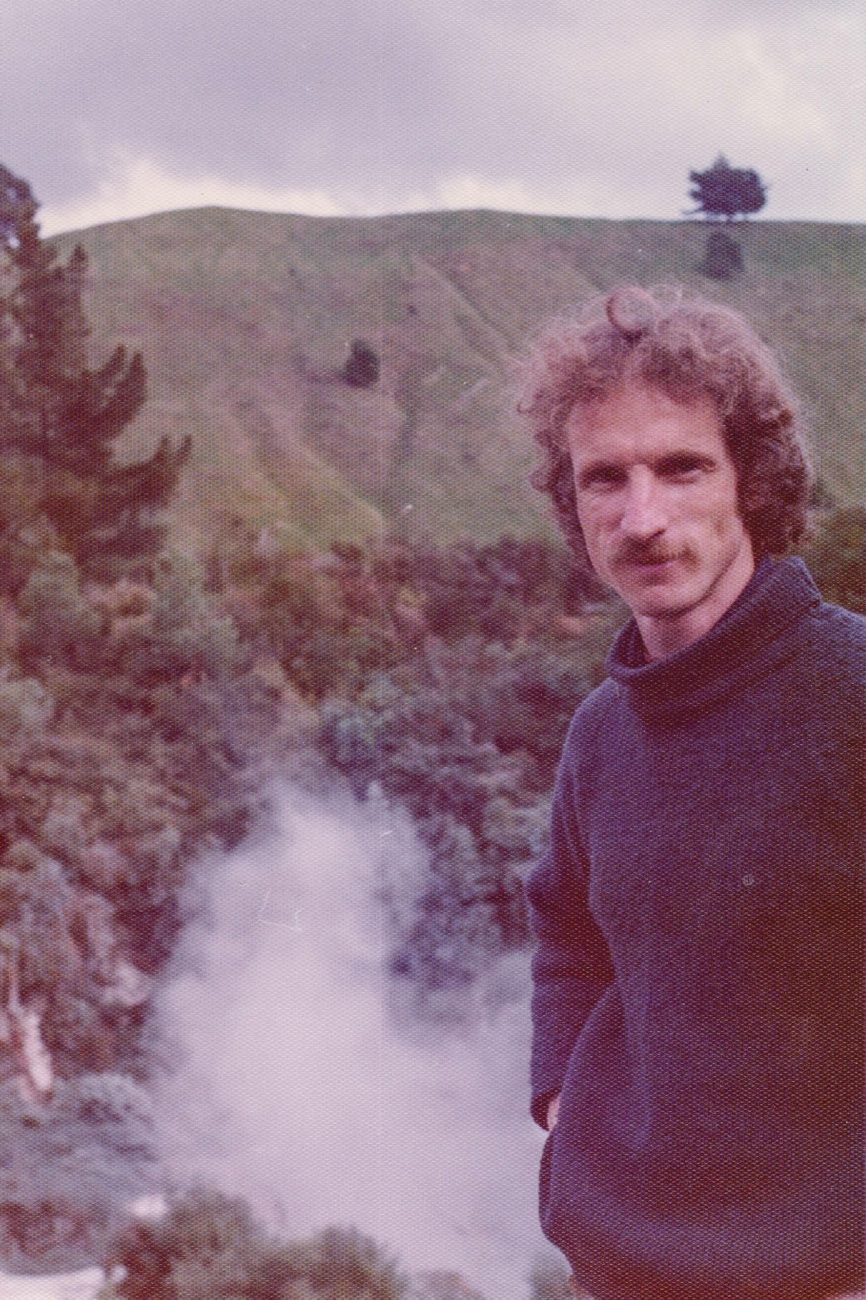 But information about the man behind the camera is scarce. And the one detail floating round the internet, that he was a visiting American photographer, is incorrect.

Heinegg, articulate and thoughtful at 81, seated at his dining table in Santa Cruz on a sweltering summer’s day, wants to set the record straight. He was 34 when he went on the march, and had spent 17 of those years on our shores. “I moved to New Zealand with my parents when I was nine. I wasn’t a visitor. I grew up there. I felt like a stranger in a strange land when I arrived—I was eating peanut butter and jelly sandwiches while the other kids had marmite and cheese—but even now I feel like New Zealand is my home.”

Heinegg’s parents fled Nazi Germany for America in 1938. His father became a pacifist during the McCarthy era: the family moved again, permanently, to New Zealand. Growing up here in the 1950s, even as a youngster Heinegg was aware of prejudice. “Very few Māori spoke their own language, there were no signs or names in Māori, and an underground racial prejudice. It wasn’t out in the open, but it was there.”

Heinegg learned to observe the world from his father, a professional photographer. While he had free rein of a darkroom as a teenager, though, photography was only ever a hobby. He studied civil engineering in Christchurch before dropping out, then worked as a surveyor, and later became a boat builder. But a painful breakup in 1966 saw him taking off overseas, first across Europe, then the world with his wife Marcia, who he met in California en route. The couple arrived back in New Zealand in 1974. Going back to the USA would have meant Heinegg being drafted for Vietnam. “Not my cup of tea,” he says, raising a mug illustrated with kiwi and kākāpō.

Instead, they bought a six-bedroom house in Auckland and set up a collective household. Three members were teachers, including Marcia and a Pākehā man named Theo Key, who was heavily involved in the local Māori community. Heinegg recalls being deeply moved by visits to local marae with the school’s Polynesian Club. When Key heard about the planned land march, he encouraged Heinegg to go.

“I thought it was a great idea. I was between work so I had the time. I went from Te Hāpua to Wellington, the whole distance.”

Things didn’t get off to a great start. Heinegg hadn’t introduced himself to the organisers, and simply started taking pictures. They treated him with suspicion, and not far out of Te Hāpua, several of the organisers confronted him.

“I said I enjoyed taking photographs, that I was doing it for my own records, with no intention to market them. I had no preconceived idea of where the photos would end up.”

One of the organisers, Vivian Hutchinson, knew Heinegg through a mutual friend, and spoke on his behalf.

It was also Hutchinson who later put Heinegg in touch with the National Library of New Zealand. “I first sent ten photos, and they liked them, and I had all the negatives—so what else am I going to do with them? They’d just end up in a dumpster after I die.”

Since then the photos have featured in countless publications and websites, and in a major exhibition at the library in 2015.

“I was just going along for the ride,” he says, “taking photos because I enjoyed taking them. And because I thought it was a very honourable and worthwhile cause, and I still do.”