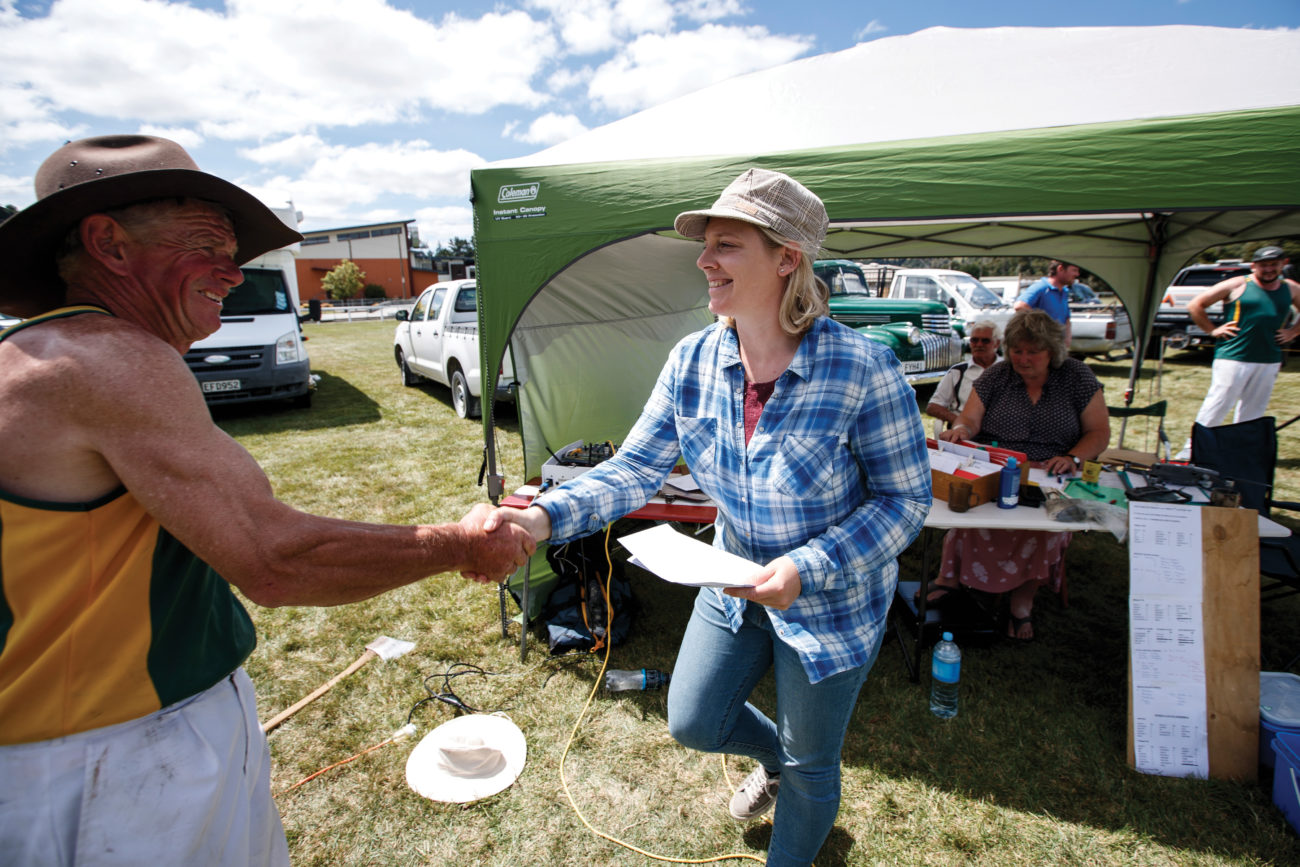 “Alas, those skills have not translated into adulthood,” she laughs.

After attending A&P shows in Taihape and Rotorua for this issue’s story on competitive woodchopping, Arnold contacted an axeman in her hometown of Nelson for a lesson. “I thought, ‘Oh, that looks pretty straightforward’, and then was struggling after about 10 seconds.

“It sounds obvious, but my appreciation of the art deepened so much once I’d tried it myself—until you’ve had a go, you don’t realise the years of skill and power that go into each blow.”

During the woodchopping competitions she attended, she would count the number of strikes it took for the top axemen to split a block.

“It was nine or ten chops,” she says. During the contest, it was all over in a blur of blows and woodchips. “It took me 20 minutes.”

Another surprise was how the sport was handed down, from generation to generation, parent to child.

“I was delighted by the close-knit family networks that develop within woodchopping—which feels different from any other sport,” she says. “It’s something the whole family can do.”

The woodchopping carnivals Arnold attended had a relaxed atmosphere, she says. People set up pergolas and folding chairs, got up now and again to compete, sat down, had some chips, fished a drink out of the melting ice in the chilly bin. There’s lots of cheering. There’s the feeling that everybody knows everybody.

“You just go for the weekend and hang out with the family and all your old friends,” she says. “It’s from an earlier time. It feels like there isn’t really anything like that anymore.”