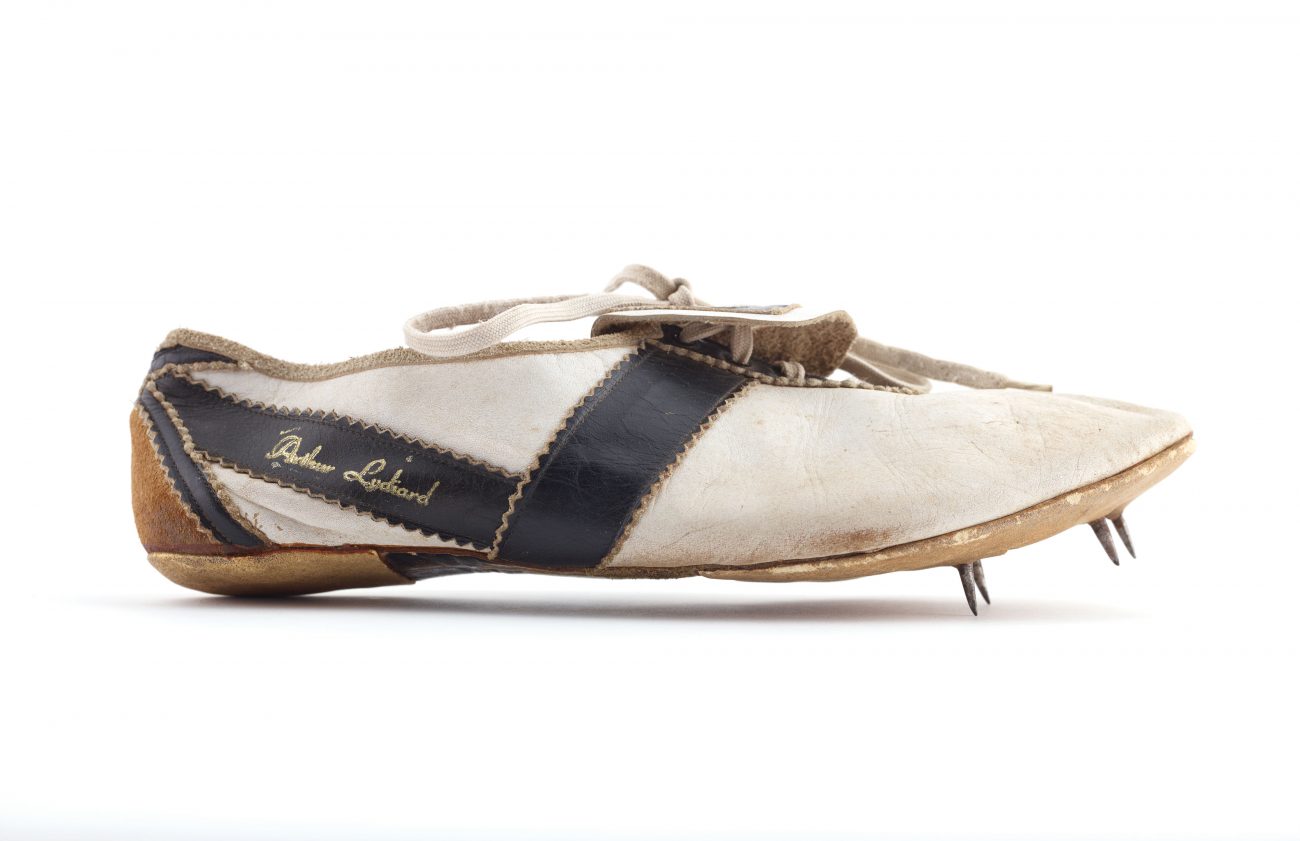 At that time, only six men qualified for the finals of track events, and Adidas had given shoes to five of them. Peter Snell, just 21, was an unknown. He wore a pair of plain white running shoes that his coach, Arthur Lydiard, had made before they left New Zealand.

“They didn’t consider Peter a medal prospect, so they didn’t give him a pair,” said Lydiard in the biography Arthur Lydiard: Master Coach.

Concerned about the jarring effect the cinder track might have on Snell’s legs, Lydiard had added a small rubber heel to his shoe design. Snell had run on cinders only once before, in Australia. Back home, he trained on grass.

“I knew that, with little or no protection, blood corpuscles could be damaged by the hard surface and could accumulate in the legs’ capillaries, causing the muscles to get overheated and restrict blood flow,” said Lydiard.

Snell won the race in 1:46.3. He stepped onto the dais to receive the gold medal in his plain white shoes—and stepped off to questions from Adidas officials about where his shoes were from.

Lydiard was a legendary running coach—he’s credited with inventing jogging—but he was a shoemaker first. As a teenager, he started working at the Bridgens & Company shoe factory in Kingsland, a suburb of central Auckland. He remained there for 24 years, switching to a Penrose shoe factory, Zenith, in 1958. There, he developed his own last, or model for shaping shoes, that was better suited to the style of running he taught. His first shoes for his runners fitted skin-tight, like gloves.

The Lydiard training method involved building stamina and conditioning by running long distances—up to 320 kilometres a week—and short-distance competitors such as Snell were no exception. The mileage was so high that soles eroded quickly, but Lydiard watched for the first signs of wear and took them to Zenith for re-soling.

Snell’s win at the Games might have surprised Adidas, but it was no more than Lydiard had expected. He knew what Snell was capable of, and was delighted that his shoes had stood the test.

“Peter had got through his races without leg trouble,” he said later, “which I was very happy about.”

In 2017, Snell gave his 800-metres gold medal and right shoe to Te Papa, among other memorabilia. The shoe bears the signature of its maker.