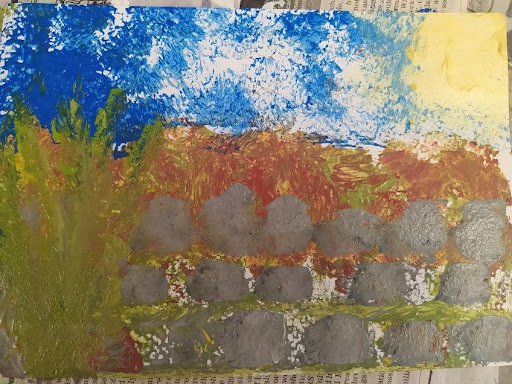 Activity: Print with Foam or Polystyrene 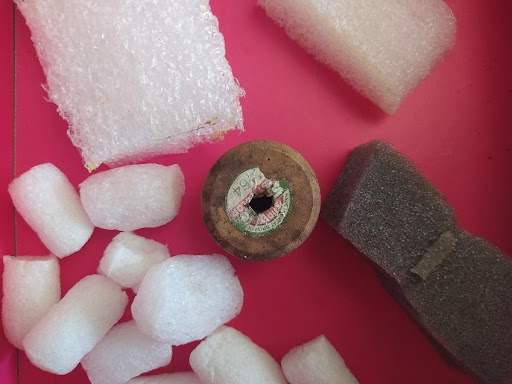 Step One: Look through your cupboards and recycling/rubbish bins for any scraps of foam that might work to make a print with. Try cutting any foam that can be easily cut, to make simple shapes. Other items such as bottle corks or old cotton spools also work well. 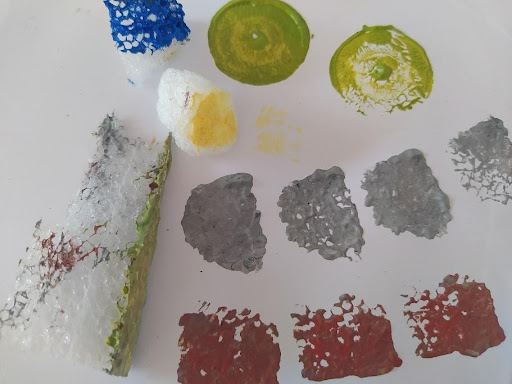 Step Two: Coat one side of each scrap with paint and press it firmly onto paper to see what shape print it makes. Play around with different scraps until you find some you could use to make a picture with.

Step Three: Print repeatedly with your scrap blocks, re-applying paint as you need to, to create a picture. You could try printing a picture of a stone wall in a field, like this one.

Send us a picture of your print using foam or polystyrene!