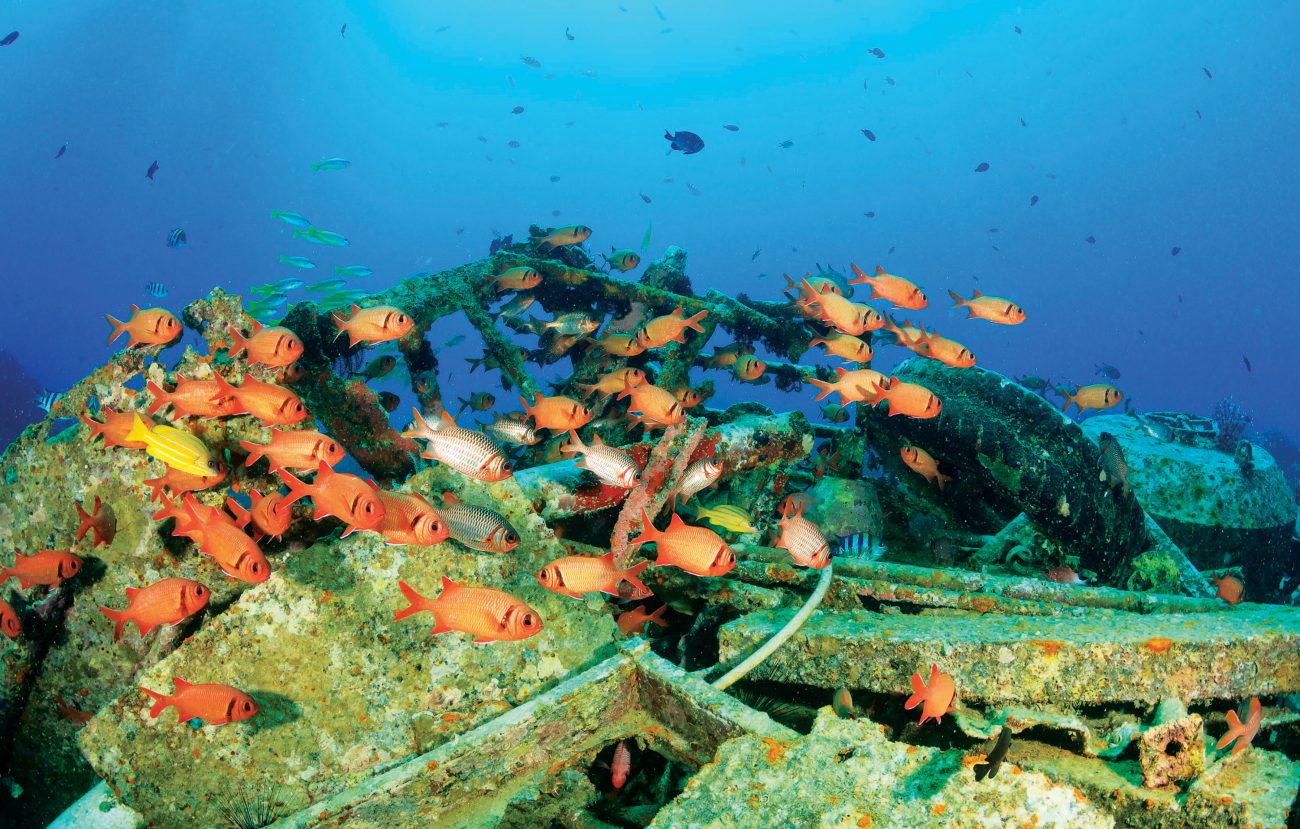 Could abandoned jetties and oil platforms help marine species? Much research focuses on how ocean structures negatively affect marine ecosystems—jetties, platforms, wrecks and pipelines can change habitats with sound, pollution, and the introduction of invasive species.

But they can also provide support for endangered species of fish, coral and seals by acting as stepping stones between coral reefs, providing outposts of food and shelter. New research suggests leaving some of these structures in place may be beneficial.

In the Gulf of Mexico, protected deep-sea sponges grow on the legs of oil and gas platforms, and in a study published in Scientific Reports in August 2018, University of Edinburgh scientists modelled how the larvae of a protected coral, Lophelia pertusa, could disperse around the North Sea from oil and gas rigs. They could travel between oil-rig coral populations, which would provide refuges and genetic diversity, and arrive at distant reef populations that they would not otherwise reach.

“We clearly don’t need more human structures in the ocean,” says lead author Lee-Anne Henry, “but if development is to happen—and it needs to in some places sometimes—then we should consider the positives and negatives of the infrastructure together.”

One of the downsides, she says, is that these structures also facilitate the dispersal of non-native species and invasive species.