Use strips of magazine photos to create an eclectic and playful collage. 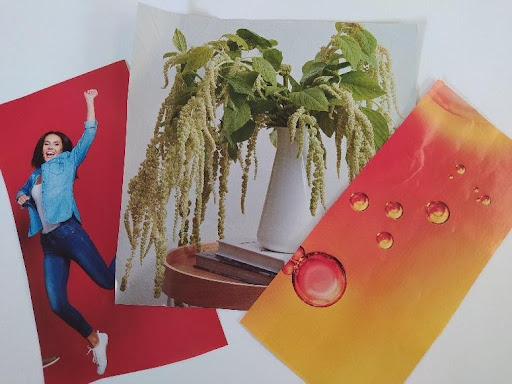 Step One: Select some images that contrast to one another – for example a person, a car and a landscape. Cut each image lengthways into narrow strips. 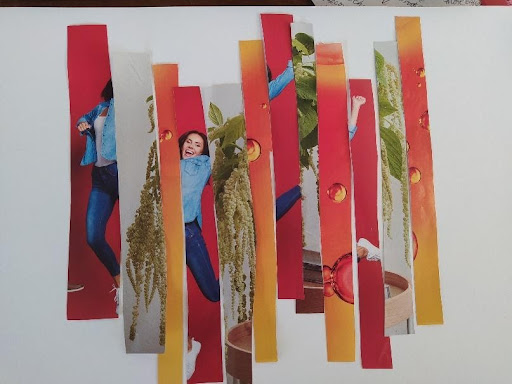 Step Two: Play around with arranging the strips next to one another, such as a strip of person next to a strip of car. Vary the heights so they create a jagged top and bottom.

Step Three: When you are happy with your arrangement, glue the pieces down onto a sheet of backing paper. Paint on a clear gloss if you have one and add a border if you want to.

Send us a picture of your magazine-strip collage!