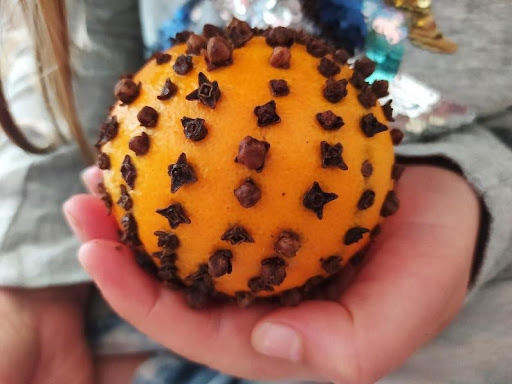 This craft has been around for centuries – apparently Henry VIII’s adviser Cardinal Wolsey carried one around to freshen the air when he had to mix with commoners. Making a pomander is a warming and memorable sensory experience. Pomanders create a beautiful fragrance so they’re used as room scents. They would also make a nice waste-free Christmas present! 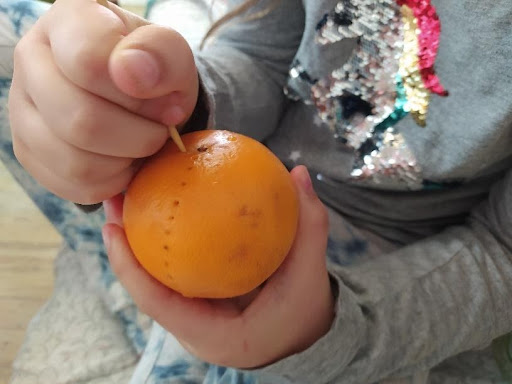 Step One: Use the kebab stick or toothpick to prick a line of holes going from the top of the orange to the bottom. Place a tea towel underneath the fruit as you work to catch any juice. 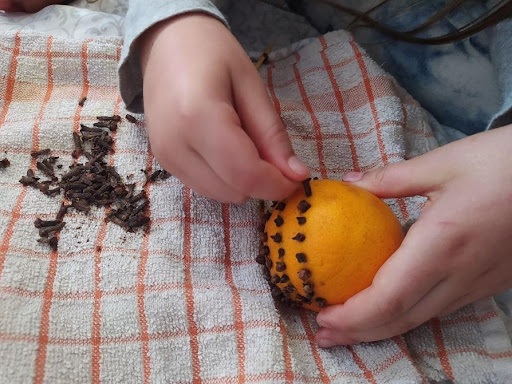 Step Two: Insert a clove into each hole. Repeat until you have lines of cloves running all the way around your orange.

Step Three: If you want to, you can completely cover the orange with cloves. If you’re happy with how many you’ve got, you can tie a bow around it so that it can be hung up. Your pomander is ready to be used as a room freshener or decoration.

Send us a picture of your pomander!