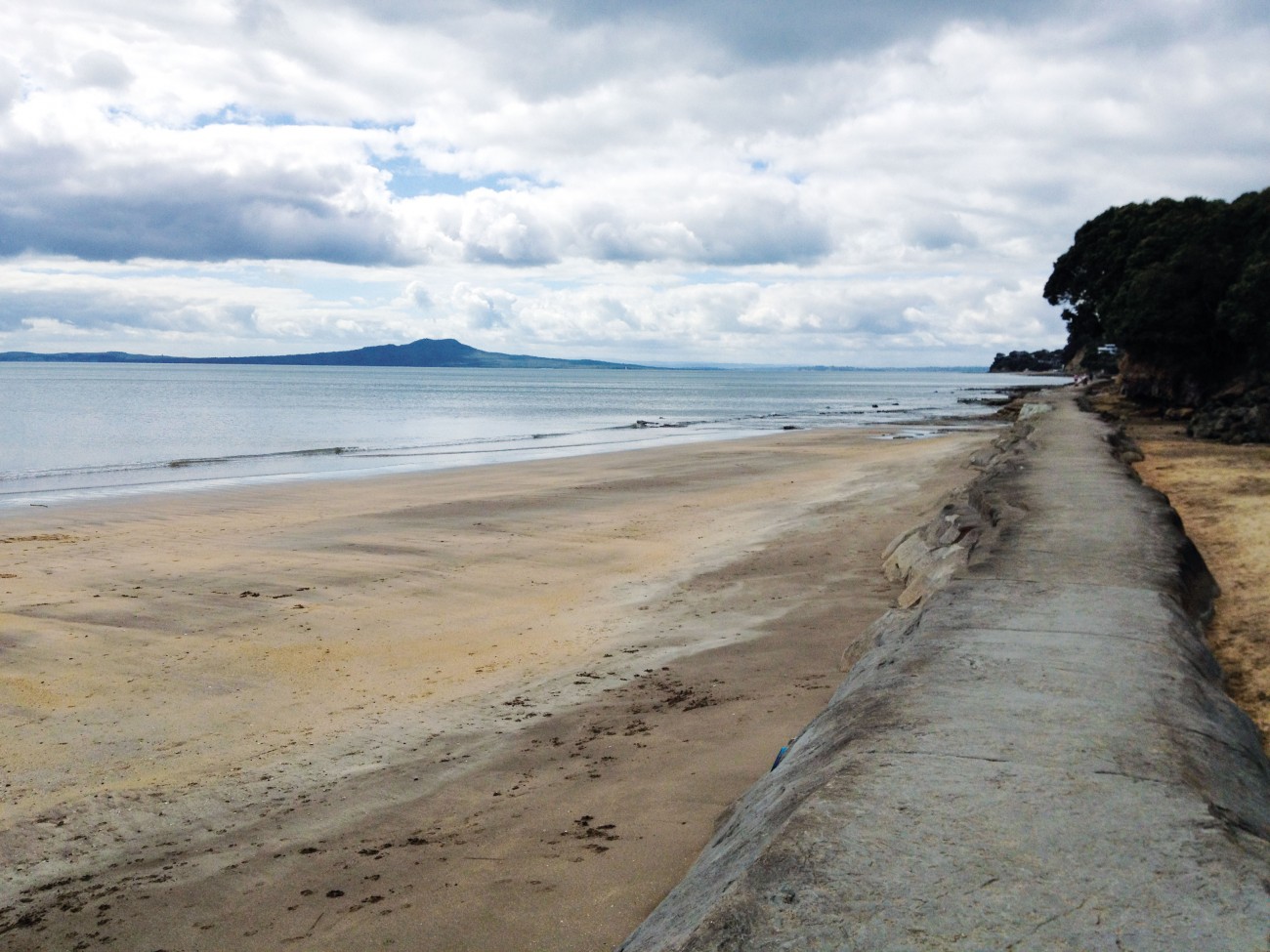 Te Araroa isn’t all about back-country and wilderness – it encounters a number of New Zealand’s largest cities, including the “super”city, Auckland.

For Te Araroa through-walkers, reaching Auckland is either 20% into your journey south, or 80% through your journey north. Those heading south speak of the thrill of being back in “the big smoke” after spending 4–5 weeks en route from Cape Reinga, whilst those headed north need the fortitude to leave behind city comforts, set back out again and complete their trek. Either is made more enjoyable by the visual splendour of this route as it follows hidden walkways, suburban streets and golden beaches along the Hauraki Gulf.

Setting out from Long Bay, the Oneroa Track leads into the streets of Torbay, then the Lotus Walk into Browns Bay, which has a number of options for a refreshment stop. More of the same follows as reserve tracks and cliff-top streets take you through Rothesay Bay and onto Murrays Bay, where at the south end a low-tide option exists to walk the covered sewer pipe around the waterfront to Mairangi Bay—a hugely popular walk for local residents, so be prepared for people on sunny days. Mairangi Bay is again full of refreshment choices for those inclined.

The route again resumes via walkway and lane through Campbells Bay and Castor Bay to Milford. At Milford the route follows the beach and rocks to Takapuna, with the goodwill of private residents who have allowed public access—often right past the window.

The final leg from Takapuna to Devonport has one small stretch where the route uses the footpath along the major road, so keep an eye if little ones are with you. Those with energy still in the legs can take the option at the end of Cheltenham Beach to head up and over North Head, still bearing many WW2 fortifications.

At Devonport, many eateries and watering holes are around to celebrate reaching Auckland—and whether that has been done from Cape Reinga or Long Bay, it’s worthy of recognition. The ferry runs over to Auckland’s CBD to take weary walkers home for the night.