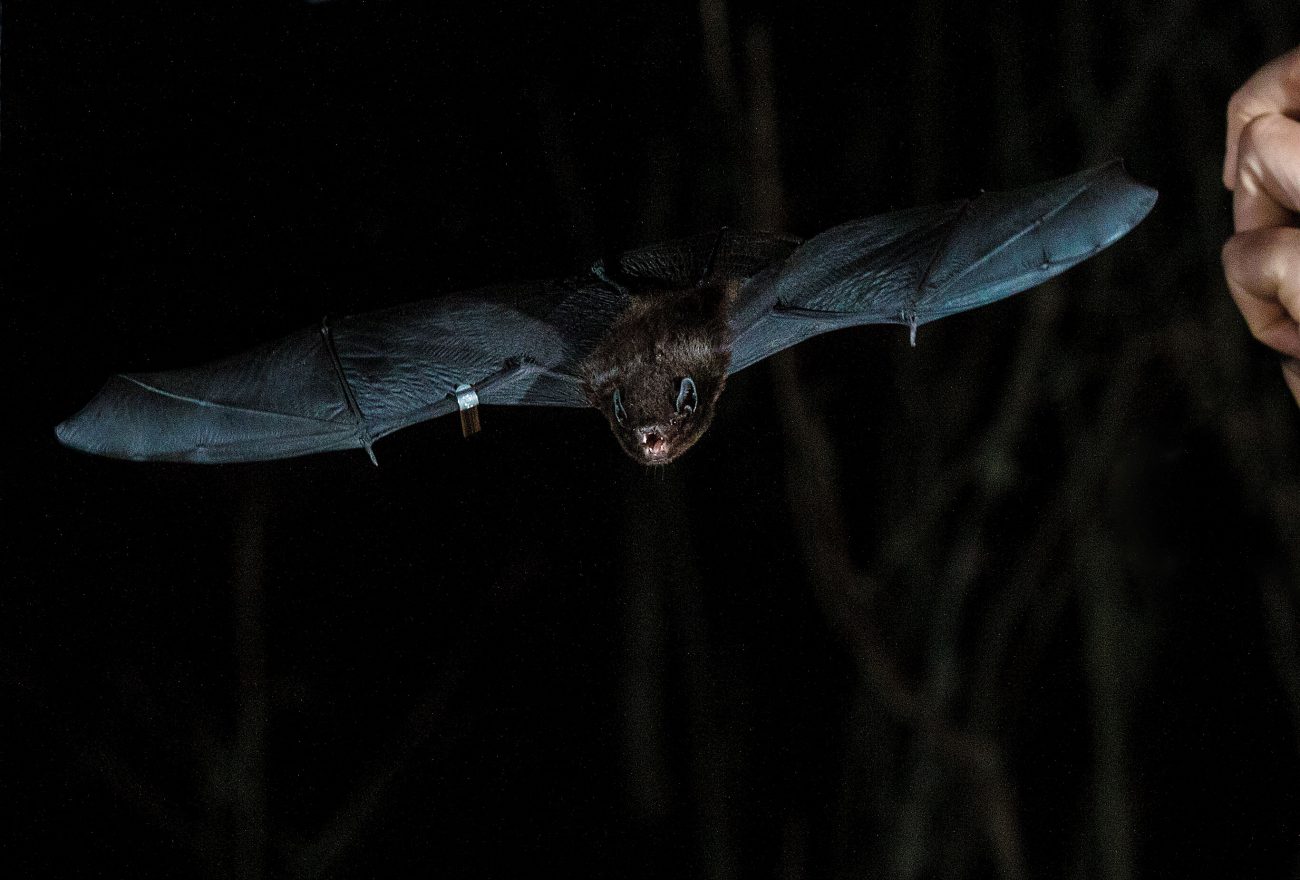 Traps are hung at the entrance—two barriers of vertical fishing line. While bats might fly through the first curtain, they are caught by the second, and fall into a bag.

Each night, rangers Abi Quinnell and Tertia Thurley set to work detangling wriggling bats from the traps, then banding them and recording the sex. They noted if females were feeding pups, and determined the maturity of each bat by shining a torch through its fingerbones. (Once the cartilage in a bat’s wing has turned to bone, at about 12 weeks, the bat is an adult.)

Bats are very active in late summer, flitting out of the cave to feed and back in to roost, socialise and mate. Up to 100 can be found in the cave by night, says Quinnell. In winter, the bats go into torpor, leaving the cave and settling in trees—under bark, in holes, or among epiphytes.

Long-tailed bats are long-lived. Quinnell says one male banded in 1999 was recaptured in 2016, making him at least 17 years old. “For something literally the weight of a mouse—10 to 12 grams—that’s quite incredible to be living 20-odd years.”