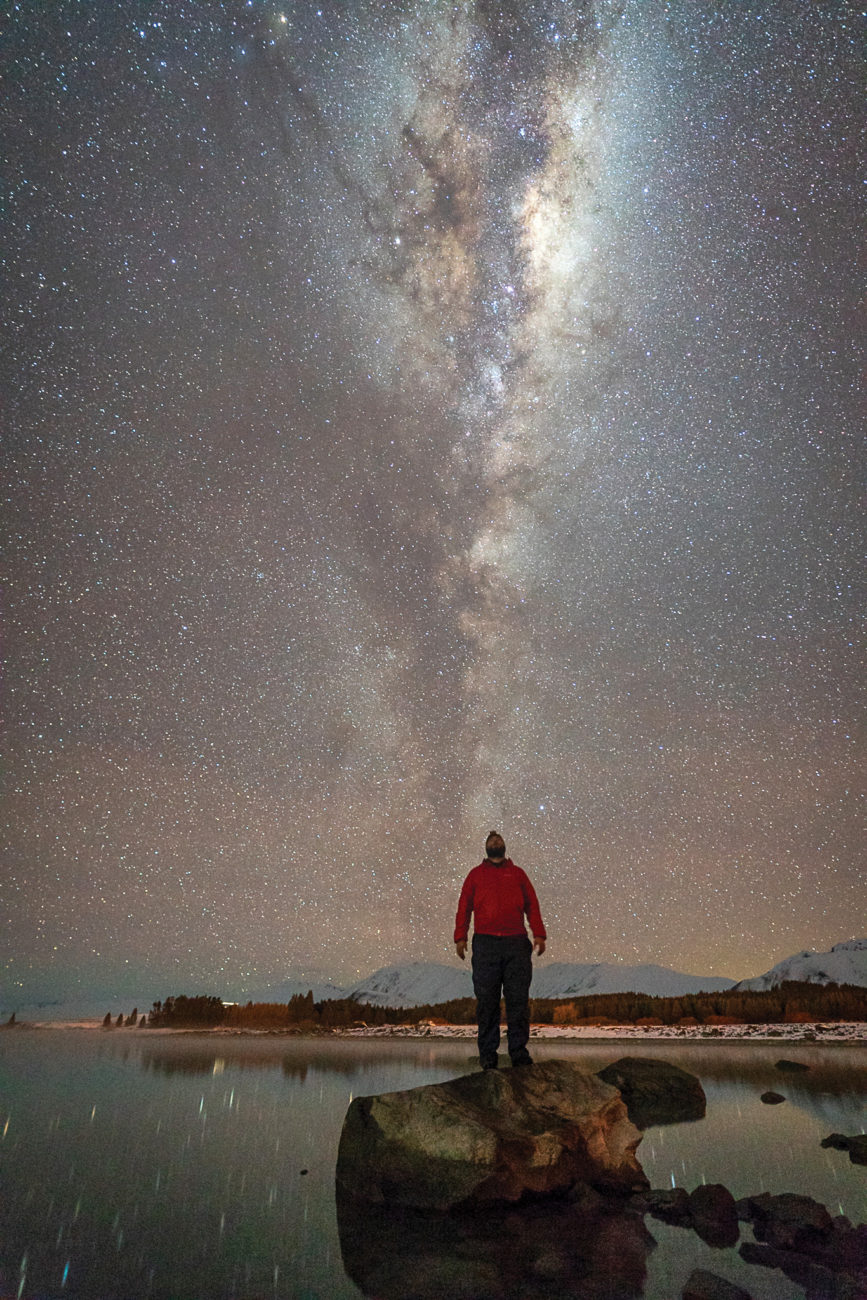 On New Year’s Eve 2008, Talman Madsen was sitting on a sand dune on Ruakaka Beach in Northland. By midnight, he had seen 20 shooting stars, so as the clock ticked down to 2009, he made a resolution to see 500 shooting stars in a year.

“It turned out to be harder than I expected,” he says. “I would get home at night and lie on the bonnet of my Nissan Sentra and count them. Some nights I fell asleep on the trampoline at my parents’ house.”

It didn’t help that he was living in Auckland, the sky occluded by trees and the loom of the city.

“It became a big time commitment, staying out, looking at the sky, alone with your thoughts. Sometimes the security light at my parents’ would flick on, and I wouldn’t be able to see anything for half an hour,” he says. “But it also taught me everything I know now about the stars, about white light and how it affects your eyes.”

Later, he picked up a camera, unsure if it was even possible to take a picture of the night sky. But he improved, and cameras improved, and led to a decade chasing starlight around New Zealand, from the top of the North Island to Stewart Island.

One afternoon he read about an unusually large magnetic anomaly that might fuel aurora activity. The only place in the south with clear skies on the weather map was the Caitlins, so Madsen booked the last flight of the day from Christchurch to Dunedin, then convinced a mate to drive him south. The pair waited on a cliff-top until midnight, by which time his friend was ready to go home. Madsen demurred.

“Minutes later this aurora just erupted in front of us. It started pulsating and radiating towards us, and it was an otherworldly sensation. We were on a high the whole night,” he says. “It was such a euphoric feeling after coming so far and waiting so long.”

Madsen won New Zealand Geographic Young Photographer of the Year in 2016. ‘Let there be night’ is his first feature for the magazine.