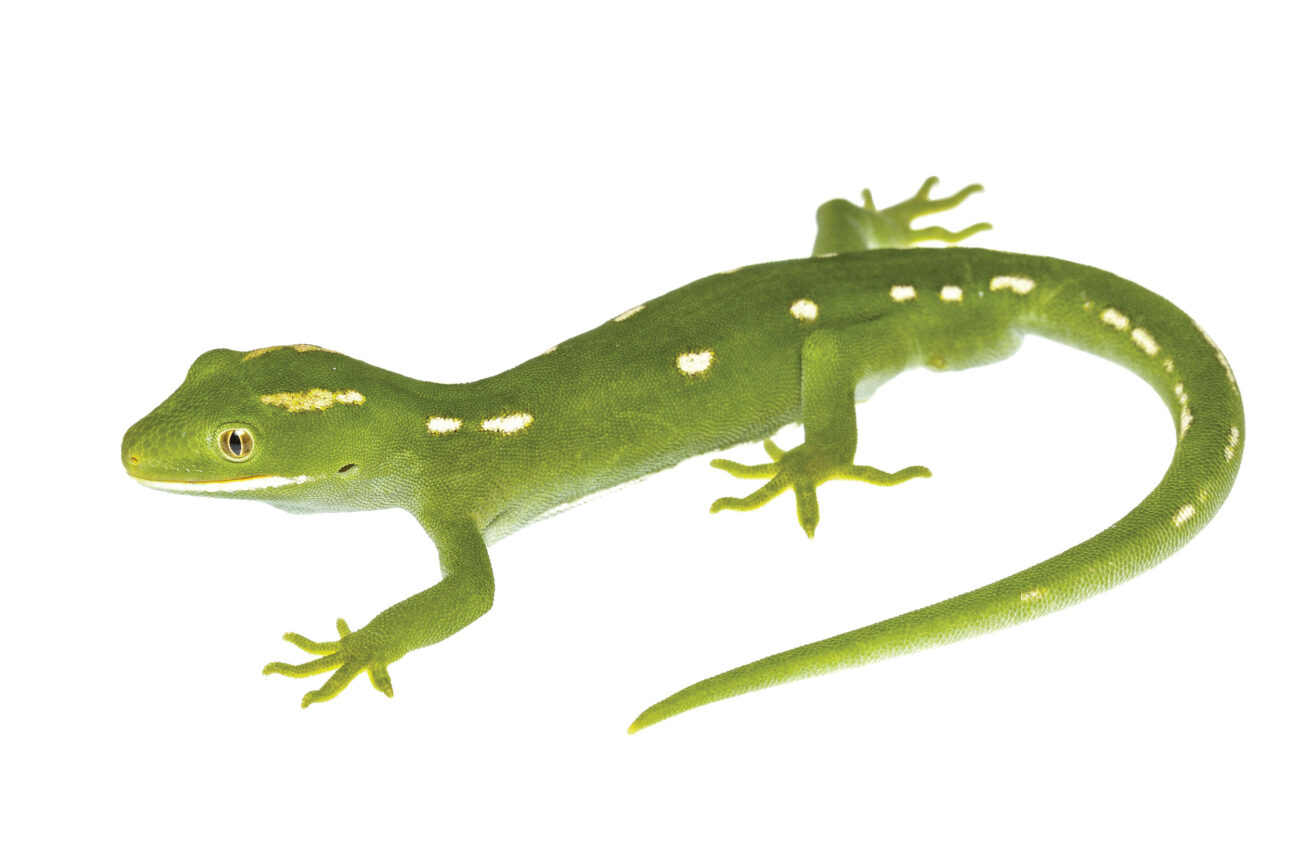 Found in the Far North, this gecko has been recognised as a distinct species since at least the late 1990s. It was finally described and named in a January 2021 paper published in Zootaxa, based on three specimens held at Te Papa Tongarewa. Its name refers to the yellow markings at the corner of its mouth.

With its small home range and the ever-present threat of invasive mammals, the newly minted N. flavirictus is classified as “at risk” of extinction.

The study’s authors speculate that these geckos once occupied tall, subtropical rainforest—which has dwindled to 3.2 per cent of its former extent since human arrival.

The Te Paki area of Northland is a biodiversity hotspot, home to an array of unique and rare species, including 17 plants, 30 land snails, several stick insects and one skink found nowhere else. N. flavirictus is the ninth gecko in the Naultinus genus to be formally described. Its other eight family members are scattered around the country.