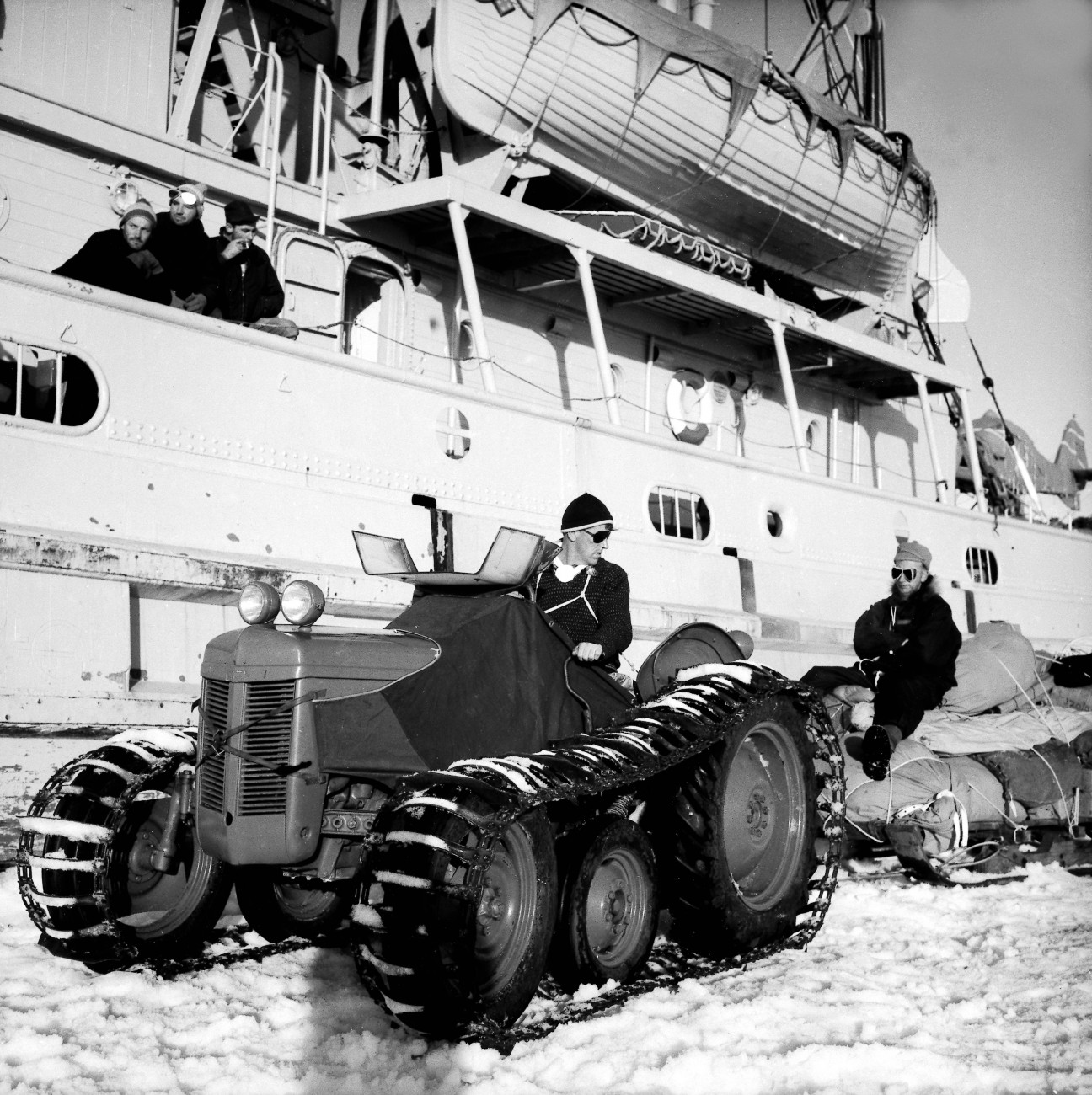 Twenty year old able seaman Ramon Tito, the youngest of HMNZS Endeavour’s crew, hoisted the flapping New Zealand flag into the crisp air and fixed its lanyard to a flagstaff once used by the explorer Robert Falcon Scott. The observers in their bulky jackets, an American admiral among them, then offered a solemn salute before retiring to a chilly, newly erected hut for beer and cheese. The brief ceremony, on the afternoon of Sunday, 20 January, 1957, signalled that Scott Base—the country’s first physical presence in Antarctica—was officially open for business.

Ross Island was not the first choice for New Zealand’s polar station. It was originally to have been built more than 60 kilometres away at Butter Point, on the opposite side of McMurdo Sound. That it was built at all was something of a miracle. Despite the doings of other nations on the frozen continent—including three permanent Argentinian bases and no fewer than five British ones on and around the Antarctic Peninsula—the New Zealand government had shown little enthu­siasm for spending money on its administration of the Ross Dependency.

That changed as a result of two events. In 1952, an International Geophysical Year (IGY) was announced, to run from July 1957 to December 1958. As its contribution, New Zealand was invited to establish a polar station as part of a chain of observatories stretching from the ice to the subantarctic islands and on to Invercargill and Christchurch. The objects of study were to be “meteorology, geomagnetism, aurora and airglow, ionospheric physics, seismology, gravity measure­ments, glaciology, and oceanography”.

Meanwhile, English explorer Vivian Fuchs was soliciting New Zealand support for a proposed Trans-Antarctic Expedition. He intended crossing the continent from the Weddell Sea to the Ross Sea via the South Pole, and needed provision depots to be laid for the second half of the journey. After much foot-dragging, the New Zealand government agreed to contribute money and organise a terminal base for the expedition, which was to include IGY scientists.

Edmund Hillary was put in charge of the New Zealand operation, and when Butter Point proved unsuitable he took up the Americans’ suggestion of siting Scott Base at Pram Point, just over the hill from their own base at Hut Point. It proved to be an ideal location, offering a rock foundation for the buildings, year-round access to the Ross Ice Shelf, landing space for helicopters and close proximity to the ice airfield.

Most of the base’s prefabricated huts had skins of asbestos-lined aluminium and rested on a raft-like Oregon base frame secured to the permafrost. They were linked to one another by galvanised-iron corridors. The original huts have now largely been replaced by others, including the two-storey, 1800-square-metre Hillary Field Centre.

Since 1957, some 10,000 people—ranging from scientists and journalists to artists and politicians­ have spent time at New Zealand’s continuously inhabited Antarctic research station. In 2000, Scott Base hosted the first “on-ice” meeting of govern­ment representatives from 24 countries. And the tradition begun more than half a century ago by Able Seaman Tito lives on, when once a year the youngest person on base lowers the small winter pennant from the historic pole and hauls aloft the large summer flag.