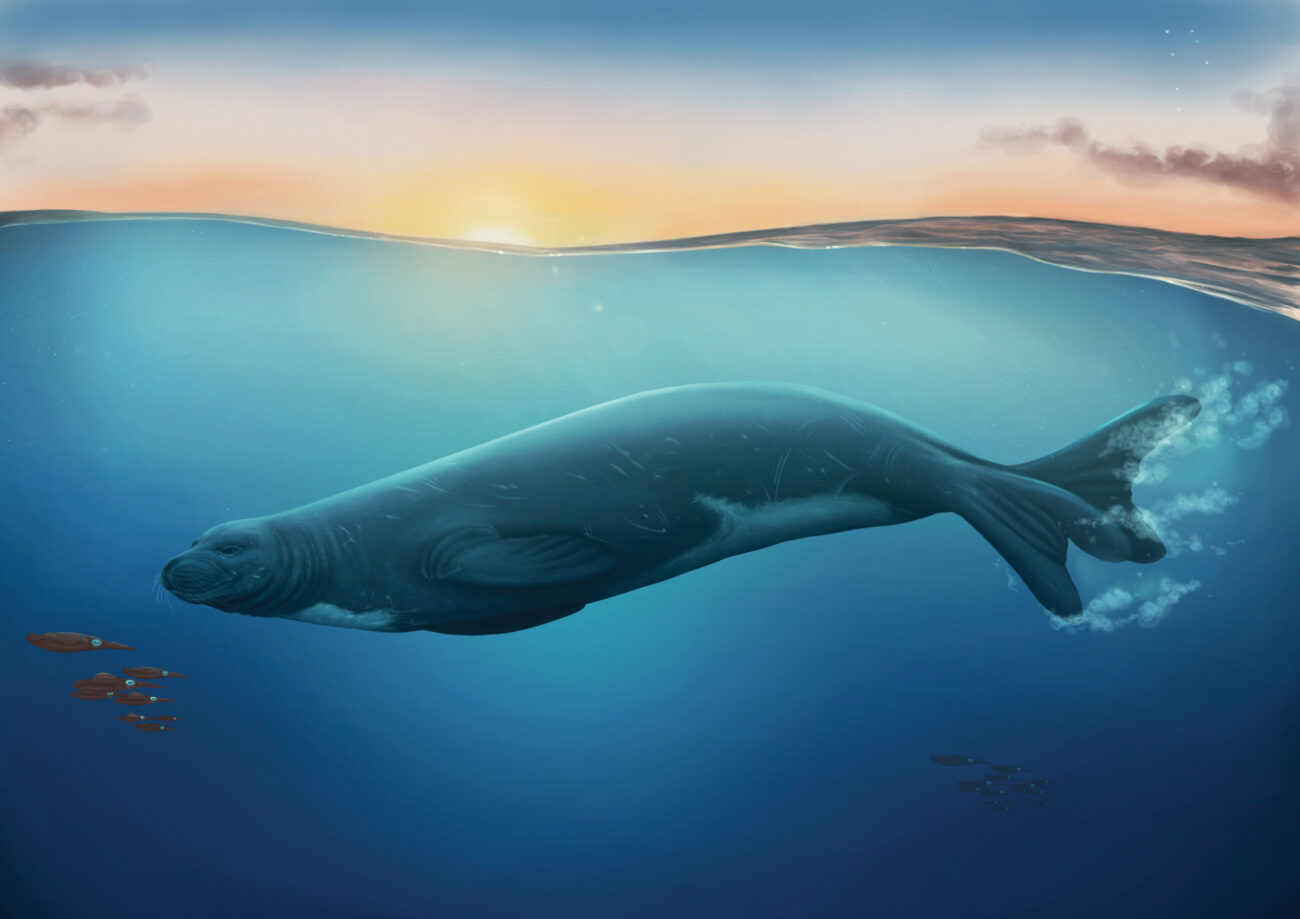 The soft mudstone cliffs of south Taranaki hold clues to creatures past. Fossil collectors unearthed seven specimens of an unknown species here, including a complete skull. Close analysis revealed this ancient animal was a monk seal—now extinct, but new to science.

The seal would have been a bit bigger than a sea-lion, reaching two and a half metres in length and weighing 200 to 250 kilograms, and would have frequented the waters around New Zealand some three million years ago. Researchers gave it a pop culture-inspired name: Eomonachus belegaerensis, after the largest ocean, Belegaer, in JRR Tolkien’s mythical world of Middle-earth.

The new seal has already rewritten history. Before now, monk seal fossils had been found only in the northern hemisphere, and the two living monk seal species are found in Hawaii and the Mediterranean. Monk seals are part of a sub-family called Monachinae, which also includes elephant seals and Antarctic seals.

There are several stories explaining seal evolution. The prevailing one goes that Monachinae evolved in the North Atlantic and travelled south. But with the discovery of a South Pacific monk seal, the scales tipped in favour of a different origin story. Perhaps all three types of Monachinae evolved in a “southern cradle”, and then some of the monk seals headed north.

Felix Marx, curator of marine mammals at Te Papa, is anticipating more finds. “New Zealand is incredibly rich in fossils, and so far we have barely scratched the surface,” he says. “Who knows what else is out there?”