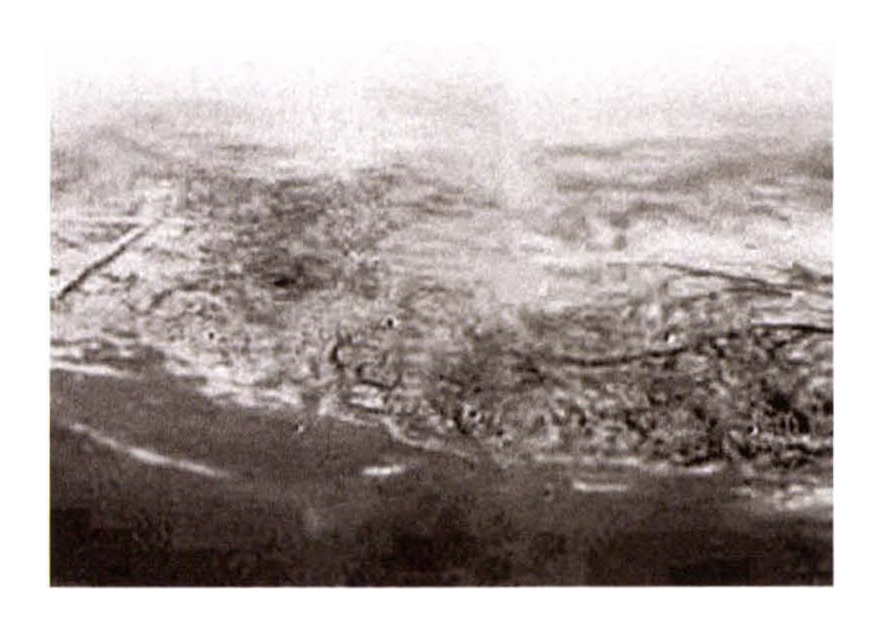 If it looks like a  duck and it quacks like a duck, it’s probably not even a small aquatic bird—that’s the message from the European Space Agency concerning Saturn’s moon, Titan, which has a surface that bears a stunning physical likeness to Earth but little else.

On January 15 (NZT), more than a billion kilometres from Earth, the ESA’s Huygens Probe successfully parachuted through a thick, hazy atmosphere to land without incident on pumpkin-coloured Titan.

Photographs show a terrain molded by deceptively earth-like geophysical processes, but these processes operate in alien conditions (temperatures are below -170° C).

Settling close to a “shoreline” where hills rise out of a flat darker expanse, the probe relayed a wealth of data to the orbiting craft Cassini. The landing surface—probed by Huygens’ instruments—has been described by ESA scientists as “wet sand—the consistency of creme brulee.”

Onboard instruments also detected bursts of methane gas boiling out of the surface as the craft warmed the ground with which it was in contact.

Titan’s atmosphere is rich in organic compounds, formed by the interaction of methane with sunlight. The result is a smog similar to that found over large, heavily polluted cities.

The moon surface appears crater-free, implying an active geology. There is clear evidence of precipita­tion, erosion, mechanical abrasion and other fluvial activity, but where many of the geophysical processes look terrestrial, the chemistry involved is spectacularly different.

Rather than liquid water, Titan has liquid methane, which wells up in springs or falls as rain. This precipita­tion is channeled into river systems that empty into lakebeds, strongly similar to Earth’s. Titan’s rivers and lakes seem to be dry at the mo­ment, but it is likely that liquids were present recently.

Hard water-ice, in pebble and boulder form, dots the landscape, the Earthly equivalent of silicate rocks, and hydrocarbon particles settling out of the atmosphere are a stand-in for dirt. There is also evi­dence of active volcanism, but the Titanian volcanoes issue very cold ice and ammonia rather than lava.