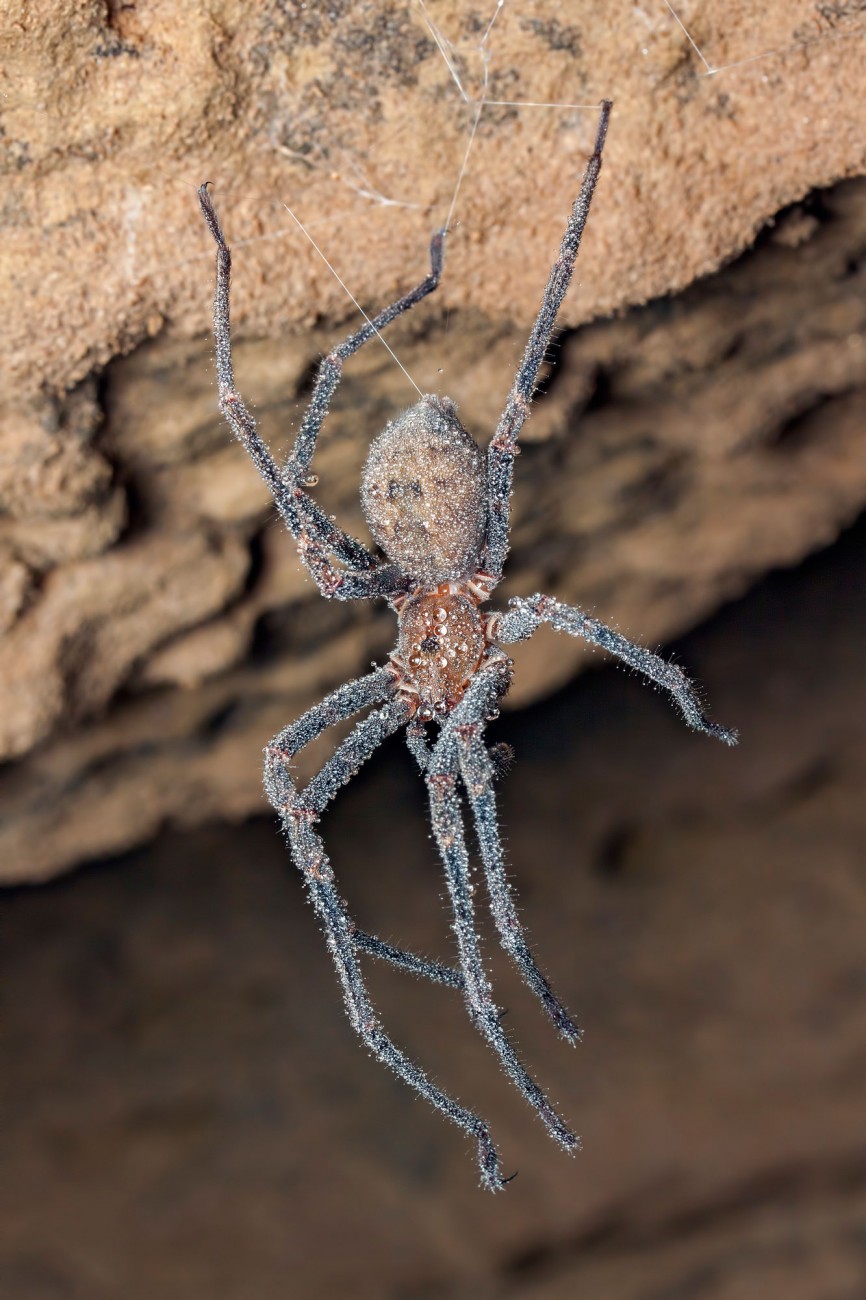 Endemic to New Zealand, the Nelson cave spider has the largest leg span among New Zealand spiders—up to 130 millimetres, with its body only 24 millimetres. The first two pairs of legs each have a long claw.

It hunts cave weta by dropping on top of them while secured to the cave ceiling with a thread, scooping them up and carrying them away like Tarzan.

The cave spider can be found in caverns in Nelson and Buller regions, with large round egg sacs hanging off the ceiling from threads. It is extremely rare and was the first species of spider to be protected under the Wildlife Act.