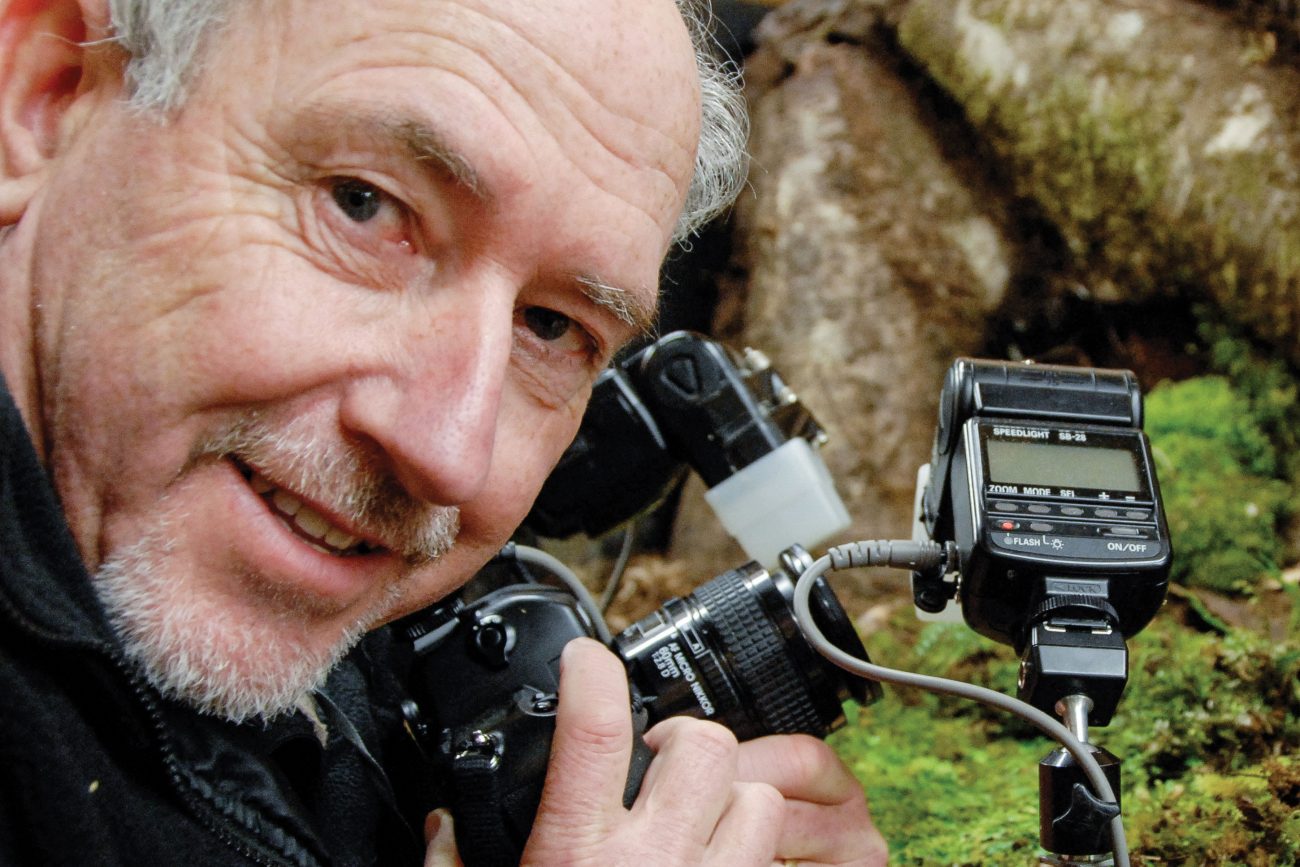 It was the summer of 1969, and 18-year-old Rod Morris had his thumb out in the Cromwell Gorge. A old Ford Prefect slowed down to pick him up, stirring up the dust on the gravel road.

The driver was a Cromwell local, and after learning that Morris was from Auckland, started recounting the delights of the area.

“Have you heard of our famous beetles?” he said.

The entomologist Charles Watt had visited a year earlier, and having surveyed the area and determined that the Cromwell chafer beetle was extremely rare, began lobbying for its preservation. The community was fired up about their unique beetle, the council eventually created a nature reserve for it, and back in Auckland, Morris paid a visit to Watt to learn more about Cromwell chafers.

Morris has been a nature documentarian for longer than New Zealand Geographic has existed—he’s been a zookeeper, teacher, author, ranger, and natural-history filmmaker, directing documentaries about some of our most famous and best-loved species: kākāpō, kea, black stilts, and the Chatham Island robin.

These days, photography consumes his time, and he seeks out stories about lesser-known, lesser-loved species.

“As this story shows, conservation involves much more than just killing a few possums and rats in your backyard and helping things with feathers—it’s a really complex picture that involves what we do in our community and how it impacts the fauna that lives in our backyards.”

Morris was disappointed to see the Cromwell chafer beetles were arguably faring worse than they had been in the 1960s. The community, he felt, had lost interest in them.

“Going back to do this story, I couldn’t help but notice that all the people in the reserve had come from other places.

“I think it’s a very charming little beetle—its front legs are almost like little paws rather than feet. When you look at it head-on, it’s quite a cute, rounded wee beetle. It would be a lovely little mascot to raise the profile of within the town of Cromwell.”

The beetle, it seems, is in need of another champion—a person like Watt to talk about its importance and fight off the threat that urban development poses to its reserve.

For Morris, it’s just one of many species that escape attention.

“The Cromwell chafer story is a parable for what’s going on in New Zealand,” he says. “All these animals under threat from things other than mammalian predators—there’s a lot of them out there, they’re all just sitting there waiting to be noticed.”