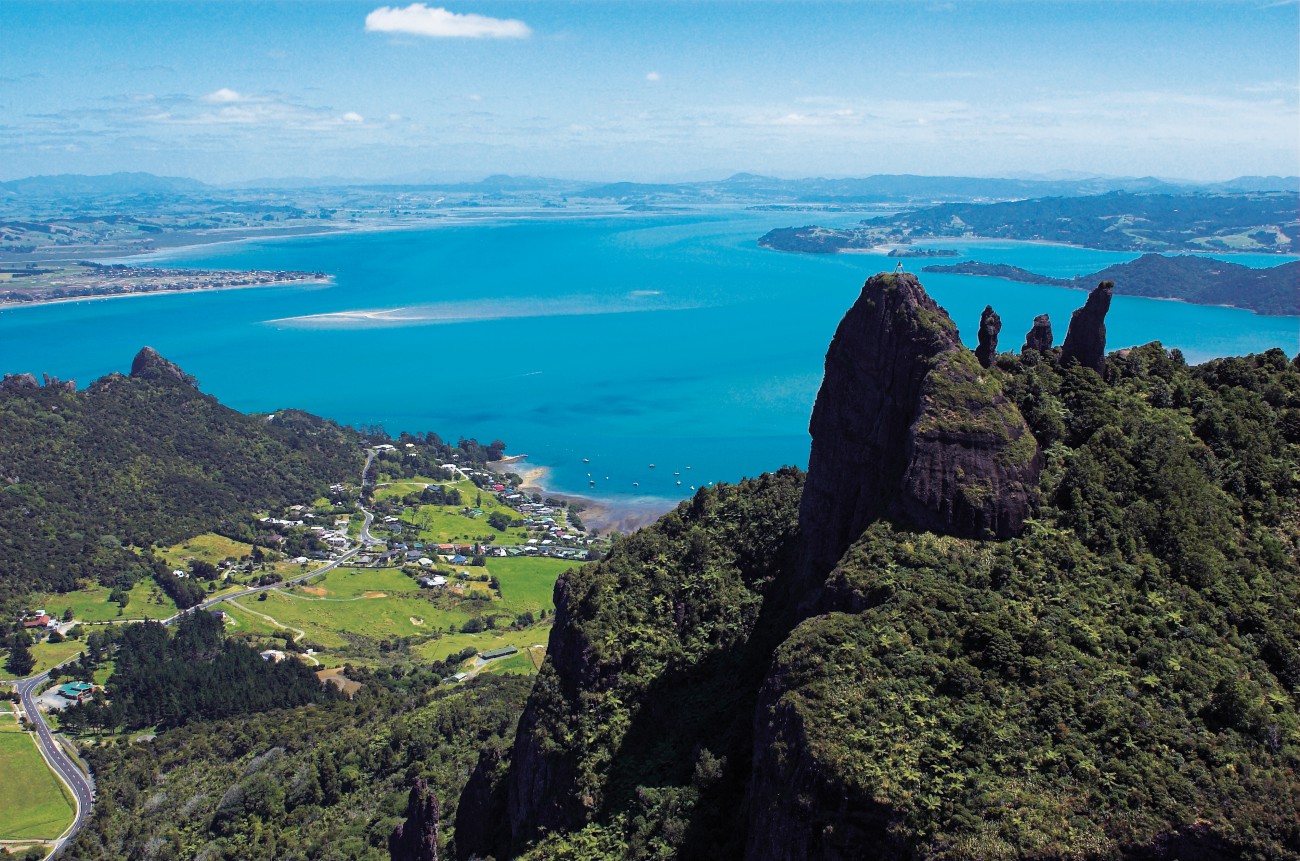 According to one Maori legend there were five brothers, Manaia, Maungaraho, Tokatoka, Motowhitiki and Taungatara, who were disillusioned with their lives in Hawaiki. Under cover of darkness they decided to follow the path of the great explorer Kupe and travel to Aotearoa. At dawn the mighty Atua took away their powers of motion, stranding them in their present resting places.

Manaia, Maungaraho, Tokatoka and Motowhitiki all lie in a straight line to Ripiro Beach, where Taungatara, the smallest peak, stands. The songs and legends of Ngapuhi and Ngati Whatua remember this story.

Another Maori legend accounts for the five peaks on the summit ridge relating to Manaia and his family. The largest peak represents Manaia himself, the smaller pinnacles are his children, while the last figure is his unfaithful wife, turning her head away in shame.

Mt Manaia is the eroded skeleton of an andesite cone, erupted 22–16 million years ago. The layers of andesitic breccia are visible on the summit ridge and rocks in the matrix are visibly exposed on the sides of the pinnacles.

Rare plant communities adorn the slopes, with parapara, large leaf milk tree and native angelica being some of the more notable species. The exposed rocky ridge has examples of mountain daisy, native forget-me-not and sprawling pomaderis.

Much of the plant and birdlife is shared with the Three Kings, Hen and Chickens and Poor Knights Island groups.

The track is marked with orange triangles and is uneven and steep. It takes approximately 45 minutes to the signposted Bluff Lookout. This two-minute detour takes you to an opening in the forest at the top of an exposed rock face. Take extreme care while admiring the view as the wind can be gusty.

The final ascent to the summit takes approximately 15 minutes. A wooden staircase leads to a flat rock area below the main pinnacles. There is no access to the trig at the summit.

An alternative route is signposted from the top and drops very steeply, sometimes aided with a steel cable to steady the descent. This takes 45 minutes and arrives at the start of the track.