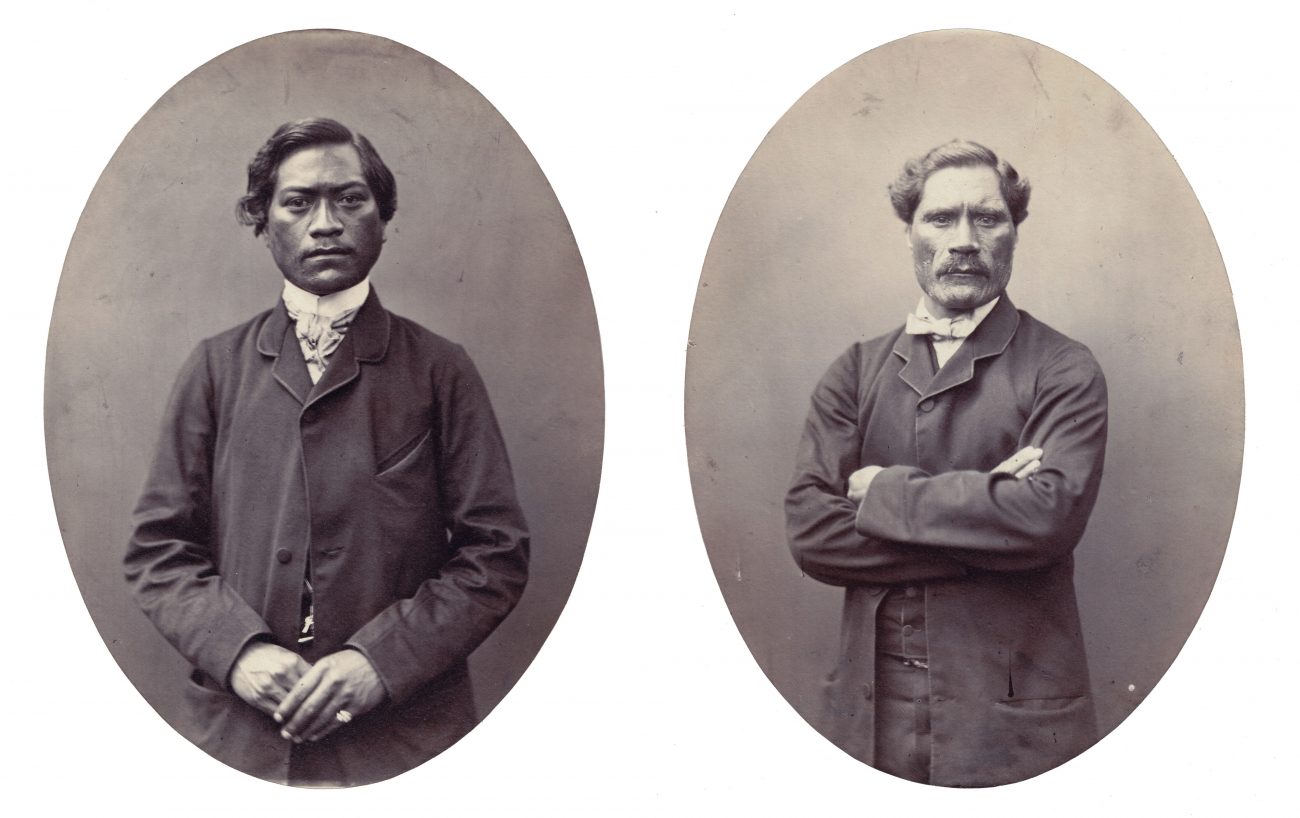 When the Austrian naval frigate Novara sailed into the Waitematā Harbour in December 1858, the visit set off an unlikely chain of events. This led, several years later, to the establishment of the first te reo Māori newspaper in Aotearoa/New Zealand to be written and printed by Māori.

The ship arrived in Auckland at the tail end of a 28-month scientific voyage around the globe that would see it return to Trieste the following year with a rich harvest of botanical and zoological specimens and geomagnetic observations. Among the scientists on board was geologist Ferdinand Hochstetter, who was quickly commissioned by the Auckland provincial government to carry out a geological survey.

The expedition’s chief scientist, Karl von Scherzer, under instructions to bring to Europe any “handsomely tattooed natives” willing to join him, found Māori understandably wary. However, at the last minute, Wiremu Toetoe, 32, and Te Hemara Rerehau, 20, both baptised Anglicans of Ngāti Apakura, took up the offer and shipped as seamen, first class. The colonial government, acting with a surprising paternal solicitude, imposed strict conditions on the Austrians, including a stipulation that they provide free return travel at the end of the voyage, should the two men desire it.

In early January, as the Novara was getting underway, one of Bishop Pompallier’s priests came alongside, pleading that his boatload of Catholic Māori be taken as well. This attempt to correct the imbalance of faith on board the Austrian ship was politely declined, and Toetoe and Rerehau endured seasickness and the biting cold of Cape Horn alone.

The two men were well treated during their stay in Vienna, Rerehau recording in his diary factory tours, zoo visits, and success on the ballroom floor. He also remarked warmly on the excellence of the architecture, the beds, the food and drink. In short order, Toetoe and Rerehau found themselves working as apprentices in the printery of Emperor Franz Josef. This was partly Scherzer’s doing. A former printer himself, Scherzer had confided to Alois Auer, who ran the printery, that he was at a loss to know what to do with his charges. Auer offered to take them in, and under the tutelage of a foreman they learned to set type and print, and to do lithography and copper plate engraving.

“Who knows what sort of fruit will shoot forth in that distant latitude from the seeds that are being sown here,” wrote Auer. At Auer’s suggestion, when Toetoe and Rerehau set out for home after a nine-month stay, the emperor’s brother, Archduke Maximilian, gifted them a printing press, along with type fonts and printing tools.

They travelled via London, where they were granted an audience with Queen Victoria. On hearing that war had broken out in Taranaki, Toetoe had produced a declaration of loyalty written in Māori, to which he thoughtfully added an English translation. However, it seems that on arrival home, the two men experienced a change of heart. Reports reached Scherzer of Toetoe using the press to “print fulminating proclamations and to issue demands for revenge” against the English. The actual extent of their involvement is unclear, but the nine issues of the Kingitangi newspaper Te Hokioi o Nui-Tireni, e Rere atu na (War Bird of New Zealand in Flight to You), which championed the cause of the Māori King, carried an acknowledgement of the Austrian gift.

The press fell silent as war raged in the Waikato, and years later, was rediscovered rusting on the banks of the Waipa River. It now stands in Te Awamutu Museum. As for the well travelled printers, Rerehau is said to have led King Tawhiao’s guards and to have fathered a large family, while Toetoe returned to government work (he had started out as a post messenger), but died penniless in Waiuku.