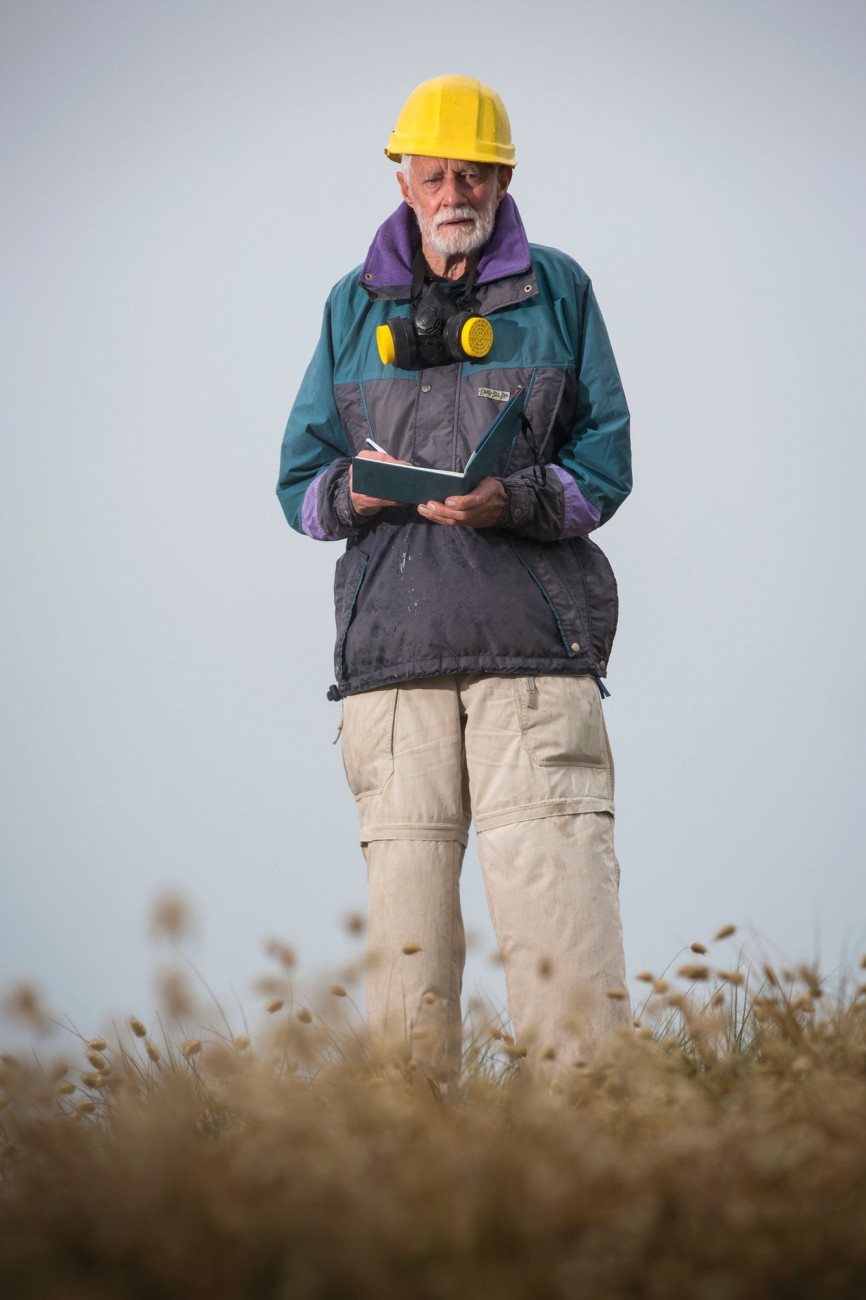 It all started with Ruapehu. Peter Otway, a 13-year-old from the Waikato lowlands, disappeared into a blizzard during a ski trip, prompting a search. He was having the time of his life, caught up in the enchantment of the mountain and visions of his favourite movie, Scott of the Antarctic.

Four years later, Otway climbed up to the crater lake during Labour Weekend and was surprised to find it almost brimming over, compared with the aerial photos he’d seen. On Christmas Eve, part of the crater wall collapsed, sending a lahar racing down the Whangaehu Glacier and wiping out the main trunk railway bridge at Tangiwai, ultimately killing 151 rail travellers.

Since then, Otway has scaled Ruapehu countless times in pursuit of one or both of his passions: skiing and keeping people safe.

“The only way I could remember whether I was at work or play on Ruapehu was to check to see if I was carrying a theodolite and tripod in my backpack,” he says.

One winter while completing a report on Whakapapa skifield lahars for DOC, Otway took it upon himself to ski all potential routes down from the crater to gauge how deep snow drifts might change the course of a lahar—on his own time, he’s quick to add. A year later, a lahar rushed down the glacier following the lines he’d predicted.

He isn’t sure where he got the stray gene that left him doodling snowy volcanoes during Latin classes, but he’s never been far from a mountain, and he’s spent more than 60 years watching this one. Ruapehu is the slyest of the 12 volcanoes he’s had in his keep, largely because of its crater lake: a mass of water filling the vent. “When superheated gas or magma comes into contact with the lake water, it explodes, and this is extremely hard to predict.”

In the 1970s, Otway installed survey stations around the crater rim. Geologists overseas had found they could predict eruptions by detecting crater swelling, but variations in the width of Ruapehu’s crater rim were tiny. “The problem with monitoring is that the time you really want to be doing it is when the mountain is erupting,” says Otway.

In 1971, Ruapehu obliged, stranding Otway at the crater under a rain of hot ash and lava projectiles, just after he had completed a survey. “You’ve finally got me,” he thought. But after a few long minutes, he scraped the mud from his eyes to find himself and his assistant alive and unscathed. “Neither of us could remember any sound, but later it came back to me: the air was full of noise. We were surrounded by it, immersed in it.”

He was back up the mountain the next day. “I’d pulled the joker out of the pack,” he says. The crater rim had expanded about an inch before the eruption: Ruapehu had left a clue, after all.

At Lake Taupō, Otway developed a system to measure changes in the elevation of the lake bed. It paid off when two of the stations near Kinloch started to rise in 1982. Six months later, a swarm of earthquakes centred under Kinloch struck, then the stations sank. “It was one of the first times that a survey had picked up a change in the ground level before an earthquake,” he says. Similar systems were adopted in the United States, Japan and Iceland as a result, “although I don’t think they had the luck of Taupō, being there at the right time and the right place”.

Few people would enjoy Otway’s definition of luck. Kilauea in Hawaii started fountaining lava in 1984 while he was helping a geochemist collect gas from the vent, burying expensive titanium tubes and bottles under a river of lava. Several months later he witnessed Mt Erebus in Antarctica throwing out globs of lava in a rare moment of action. One landed hair-raisingly close to their hut.

Despite long stretches in Antarctica and a spell monitoring volcanoes in the Pacific Northwest, Otway has always returned to Ruapehu. Its eruption in 1995 didn’t surprise him: the crater lake had been behaving oddly, heating and cooling as though the mountain was fidgeting. Otway was planning his retirement, so when he stepped outside his Taupō home to the sight of an enormous cloud blooming from the crater, it felt like the mountain was giving him a personal send-off. “I thought it was a great going-away present,” he says.

Not that Otway has been particularly successful at retiring. He joined a DOC team monitoring the crater lake’s rise until it erupted as a lahar in 2007, while running Taupō Volcano Tours out of his home. In 2014, he missed his first ski season in 65 years due to a hip replacement, but he’ll be back next season: he misses the mountain.

To Otway, Ruapehu is a benign presence, a lucky geological coincidence for the North Island. Its occasional fits of rage make it interesting, full of character, he says. “It’s as though it has to prove it has a will of its own.”