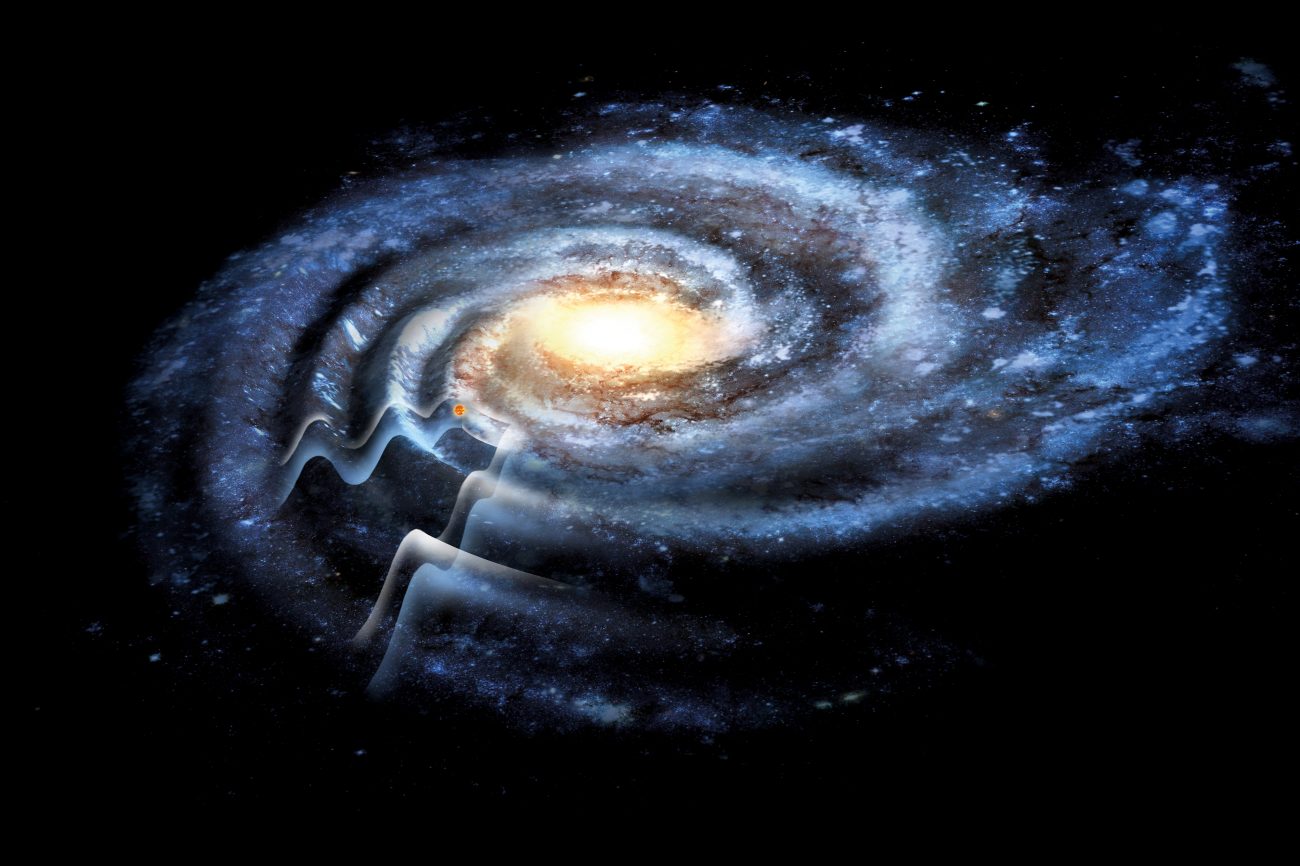 Four corrugations have been discovered near the edges of the Milky Way galaxy, like ripples on a pond, according to a recent study in The Astrophysical Journal.

In 2002, a strip of stars forming a ring around the galaxy was noticed about 65,000 light years from the centre. Named the Monoceros Ring, it was first thought to be a dwarf galaxy that had spread out, called a tidal stream.

But scientists now believe it may be a bulge or ripple in the Milky Way itself, caused by the impact of a moving dwarf galaxy bursting through our galaxy—first using its gravity to pull the disc up, and then pulling the disc down as it moved through.