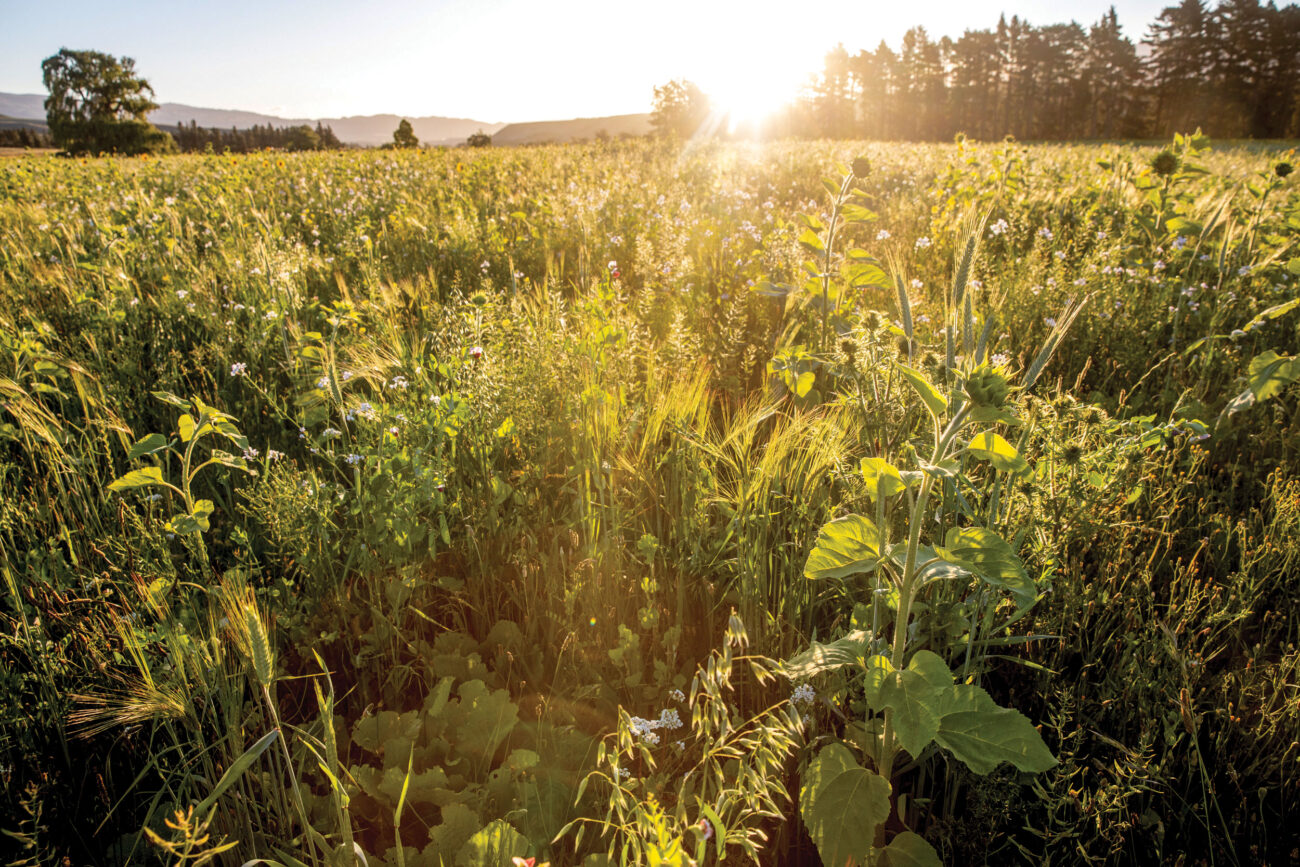 Increasing the diversity of crops keeps plant-eating insects under control, according to a study published in Science Advances in November.

University of Waikato ecologist Andrew Barnes led the research, which used data from two long-running grassland biodiversity experiments in Germany and the United States. The scientists compared the food webs in monoculture plots with those in plots of increasing plant diversity, up to a mix of 16 species.

Barnes’s colleagues used a modified vacuum-cleaner to collect all the insects and arthropods living in each plot. “You just vacuum them all up into a bag,” says Barnes.

That’s because in diverse fields, insects are less likely to find their preferred kind of lunch. More varied ecosystems also create homes for more of the pests’ natural predators, like spiders, beetles and wasps.

The effect was most noticeable where crops were increased from one or two species to three or four, meaning farmers could make a small change to have a big impact.

Another study published in the same journal—a meta-analysis of more than 5000 studies—found that diversifying crops enhances biodiversity, pollination, pest control, and soil fertility without compromising yields (though there are trade-offs in some contexts).

More research needs to be done to figure out how to apply these findings from the northern hemisphere to New Zealand grazed pastures, says the University of Waikato’s Louis Schipper, who was not involved in either study. “If we can increase the diversity of our pastures, can we decrease pests while maintaining or even improving production? A real challenge is to identify which plants and what proportions matter.”

Barnes is hopeful this kind of research could eventually lead to a reduction in pesticide use—which doesn’t kill just pests but their predators, too.

“There are also all these other services that insects bring, like pollination,” says Barnes. Imagine if farmers could get the best of both worlds: “To increase biodiversity, but also get some of the benefits for agriculture from that biodiversity that nature provides for free.”