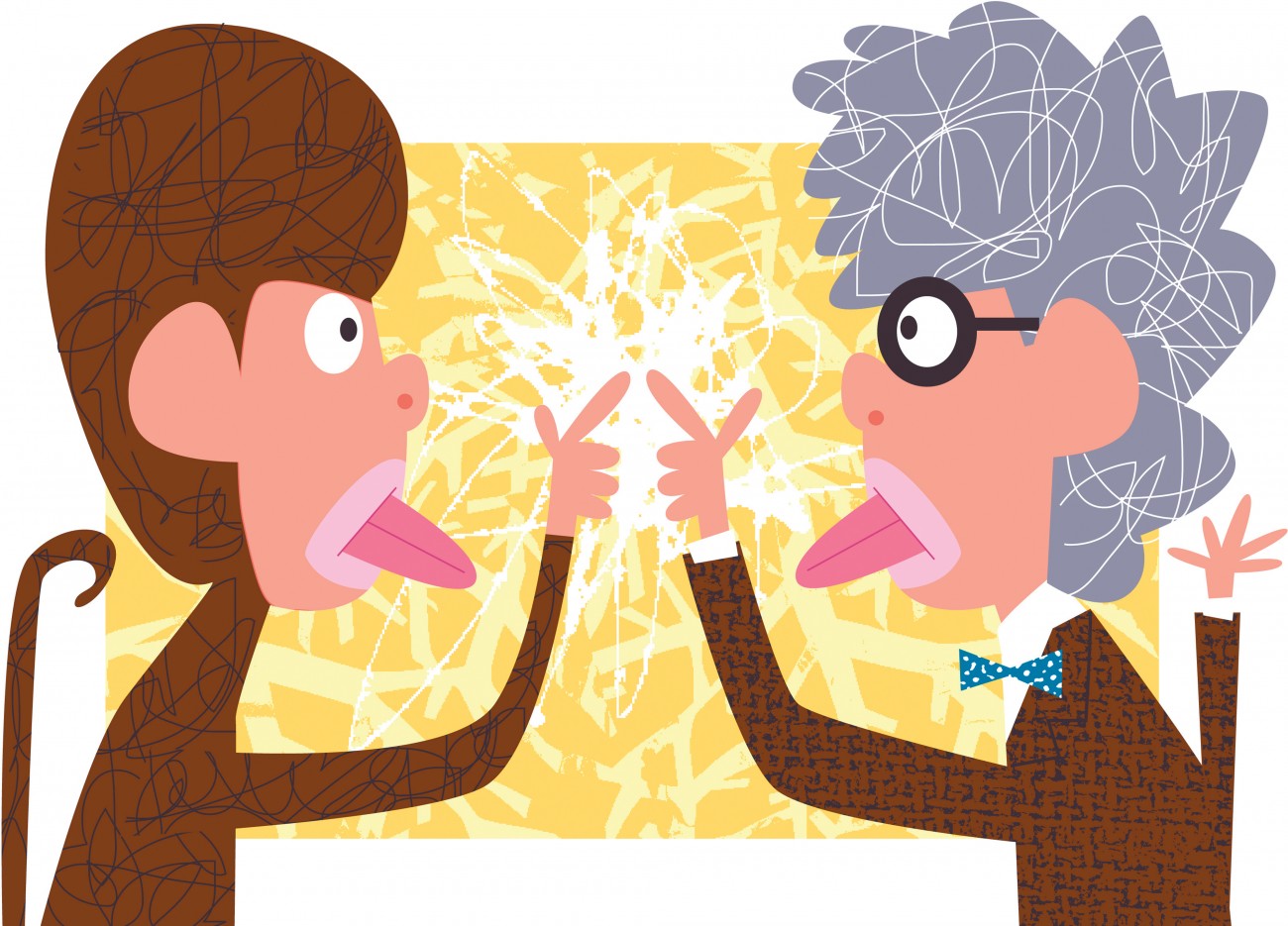 Giacomo Rizzolatti is a neuroscientist. With his unruly hair and moustache, he looks like a reincarnation of Albert Einstein. He is excitable, enthusiastic and friendly, and he runs a busy laboratory in Parma, Italy.

Giacomo records the activity of single neurons in the brains of monkeys. In the frontal cortex are neurons, which are ac­tive whenever the monkey reaches to grasp something, such as a peanut. The record­ing device can be hooked up to a speaker system, so that whenever a neuron fires you hear a crackling sound. One day, Giacomo was surprised to hear this sound, not just when the animal itself reached, but when a person in front of the animal reached for the nut. Neurons that respond both when the monkey makes a movement and when it ob­serves the same movement made by another individual have come to be known as mirror neurons. They might also be described as “monkey see, monkey do” neurons.

To neuroscientists, the discovery came as a revelation; indeed one prominent sci­entist remarked that mirror neurons will do for psychology what DNA has done for bi­ology. You may well wonder why. The brain has traditionally been viewed as an input-output device, with some neurons respon­sive to input, others to output, and some in between that we might suppose to repre­sent thought. Mirror neurons, though, seem to imply a direct mapping between input to output, as though we have a ready-made system for understanding the bodily ac­tions of others in terms of our own actions.

Perhaps you have found yourself squirm­ing on the couch as you watch sport on TV, in synchrony with the flannelled fools or muddied oafs on the screen. You can blame your mirror neurons.

Mirror neurons are quite versatile. In the monkey, they fire not only when the ani­mal sees an action, but also when it hears the sound of a familiar action, such as pa­per being torn or nuts being cracked open. Brain-imaging experiments show that we humans also have mirror neurons, and they respond to a wide variety of bodily actions. They enable us to resonate with the thoughts and feelings of others, as reflected in their actions, providing a natural explanation for human empathy and what has been called “theory of mind.” The condition known as autism, characterised by an inability to un­derstand the mental states of others, is now widely attributed to a failure of the mirror-neuron system.

Mirror neurons may also help explain how we understand speech, which seems to border on the miraculous. Speech con­sists of packets of sound delivered at high rates, complicated by the fact that sounds that you hear as the same can actually be very different, depending on the contexts in which they are embedded. For example, b sounds in words like battle, bottle, beer, bug, rabbit, Beelzebub, or flibbertigibbet probably sound much the same to you, but the actual acoustic streams created by these b sounds vary widely, to the point that they actually have very little in common. This surprising fact, discovered only when sophisticated ways of analysing speech sounds were developed, has long been the bane of attempts to programme com­puters to recognise speech. Computers can now be painstakingly programmed to identify spoken words, but with only mod­erate success, and nothing like the facility of a normal four-year-old.

One suggested solution to this problem was the so-called motor theory of speech perception, which holds that we perceive speech, not in terms of its acoustic prop­erties, but in terms of how it is produced. The discovery of mirror neurons provided a strong boost for this theory. Thanks to your mirror neurons, you effectively map the speech of others directly onto your own mechanism for producing that speech. “Monkey see, monkey do” becomes “lis­tener hear, listener do.”

Mirror neurons almost certainly don’t come pre-programmed. They need to be tuned. Much of that tuning probably happens in childhood. My guess is that when infants babble, they are in effect tuning themselves to the sounds of speech, and mapping them onto their own produc­tion of sounds. That tuning is specific to the sounds of their native language, which is why foreign languages sound not only in­comprehensible, but also nearly impossible to parse into their underlying sound patterns. And we are of course tuned into other ac­tions as well, such as sporting skills and play­ing musical instruments.

It’s fitting that mirror neurons were first discovered in the context of arm movements. With Italian verve, Giacomo Rizzolatti ges­tures as he talks, no doubt activating those same neurons.