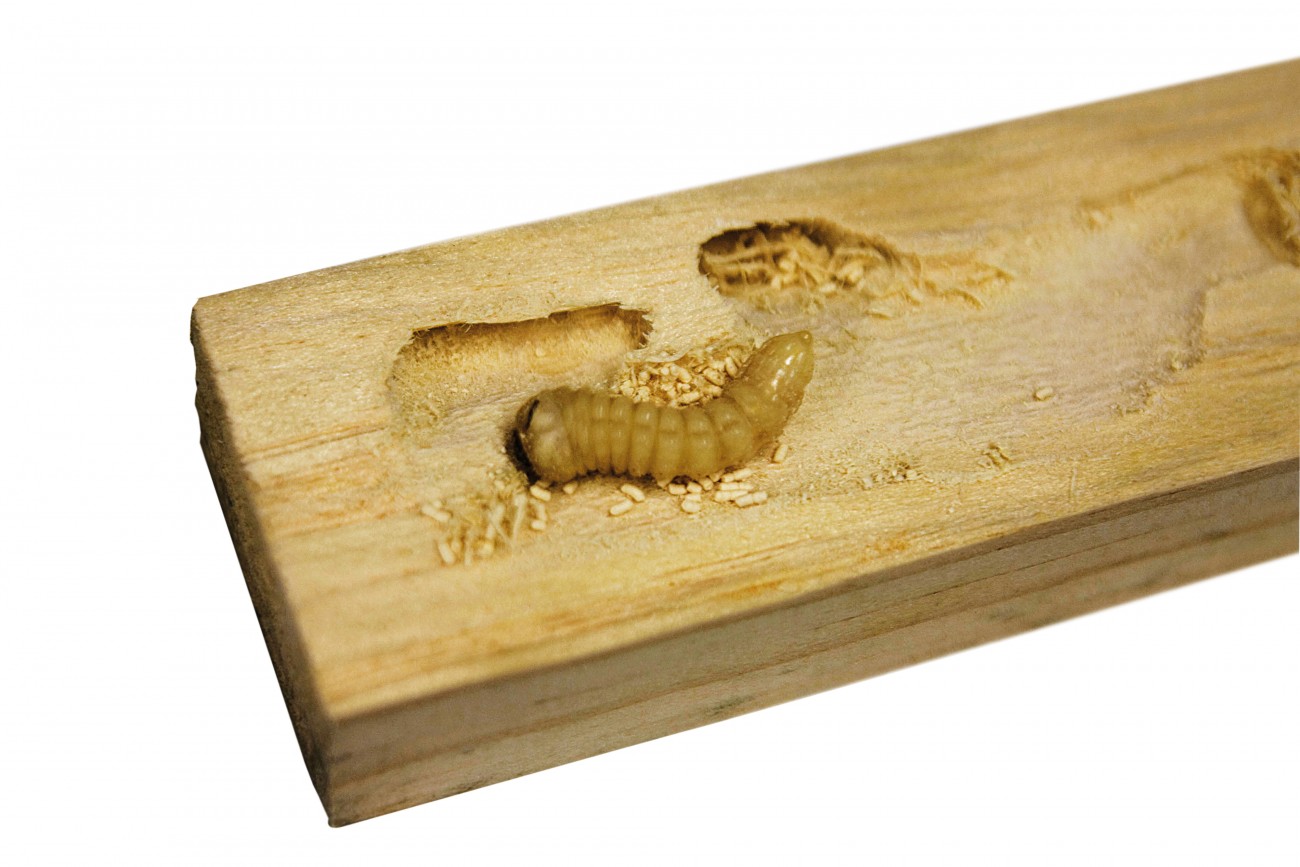 Huhu grubs may hold the secret to economic biofuel production. Or rather, their guts may. Last year’s global tally of carbon emissions was the highest on record (30.6 gigatonnes), and with fossil fuel supply dwindling while prices continue to climb, the drive to find cleaner and cheaper fuel sources is ever more urgent.

Wood waste from New Zealand’s timber industry is plentiful and energy-rich, but there’s a hurdle to harnessing that energy that is both difficult and expensive to surmount: separating the cellulose, which is useful, from lignin, which is not.

Lignin is the substance that makes plants woody, but it also blocks our access to the energy-rich cellulose and hemicellulose within.

Nature has a few ways to break this lignin barrier. White rot breaks it down with enzymes, as does the New Zealand huhu grub Prionoplus reticularis, but in a fraction of the time. Hugh Morgan from the University of Waikato and his team have analysed the guts of these grubs to discover what makes them so efficient at munching through fallen forests.

Using enzymes called laccases, huhu can oxidise in mere hours the quantity of lignin that white rot would take weeks to break down. Huhu can devour the wood at such a fierce rate because they first chew it into small pieces, creating a greater surface area, and the remainder of the digestion is done by laccases in an intestine providing an alkaline and oxygen-rich environment.

Scientists are now trying to isolate the hardest-working of these laccases—enzymes which, ideally, will also be fast-acting and cheap to produce, and could be grown in mass without their huhu host. Perhaps someday, a solution to the problems of the modern world will be found in the gut of an ancient New Zealand grub.