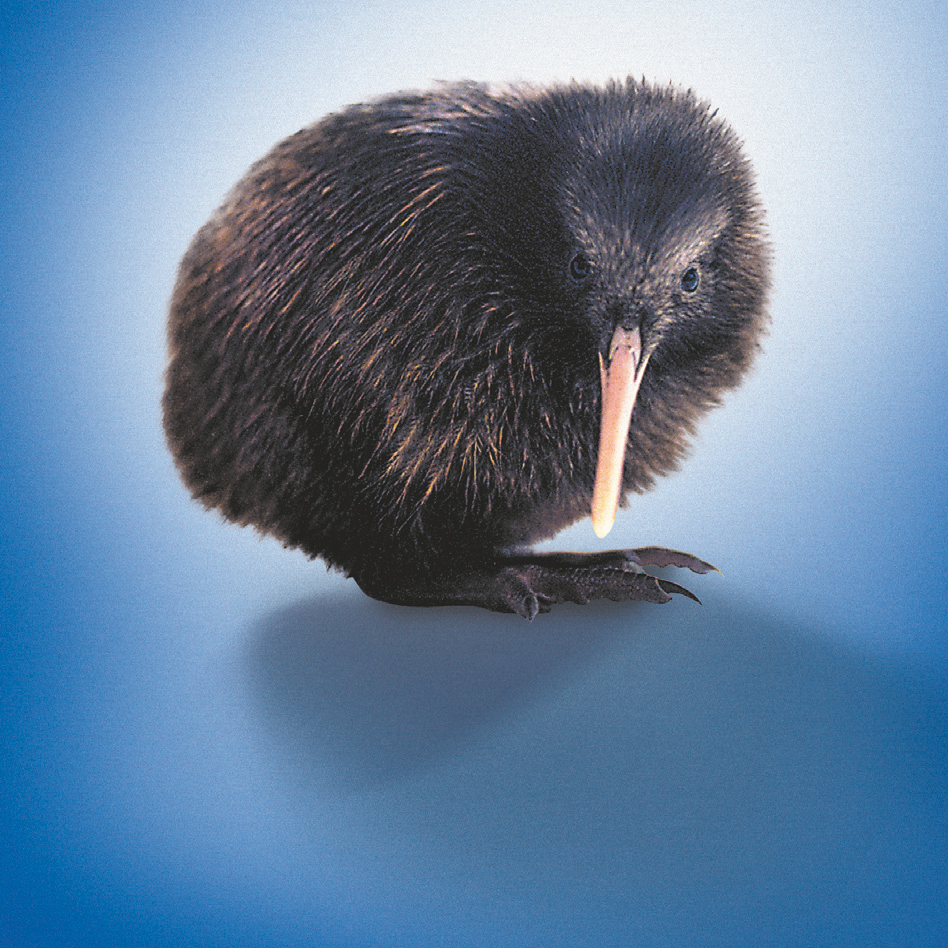 Stoats kill two-thirds of all kiwi chicks that hatch, while dogs and ferrets frequently attack and kill kiwi of all ages.

To counter these threats in the northern Coromandel, in 2001 the local community and the Depart­ment of Conservation (DOC) began setting traps throughout the district. This ambitious project, known as the Moehau Kiwi Sanctuary and funded in part by the Bank of New Zealand Kiwi Recovery Trust, attempts to protect kiwi over 18,556 ha—a huge area, of which two-thirds is privately owned. Trappers service 1723 Fenn traps in the sanctuary.

DOC isn’t the only kiwi protector in the area. The Moehau Environ­ment Group, a community conserva­tion society also funded by the Bank of New Zealand Kiwi Recovery Trust as well as Environment Waikato, has just installed 600 stoat traps on 6354 ha of land immediately south of the Moehau Kiwi Sanctuary. Together, the two projects are the largest initia­tive of its kind in the country.

Group chairwoman Lettecia Williams says she has been amazed at the level of community support for the work, which is aimed at the crea­tion of a pest-free zone. The group aspires to fence off 20,000 ha and eradicate pests from the northern tip of the Coromandel Peninsula. So far this seems feasible, although $1.4 million is needed to construct a 6.4 km pest-proof fence from Waikawau Bay in the east to Colville in the west, and a lot of work remains to be done.

Just how big the kiwi-protection trapping area eventually becomes needs further debate. With sufficient community support, perhaps the whole Coromandel Peninsula could be a sanctuary for our national icon. The Hauraki Maori concept of a waka extending from Te Aroha north to Moehau might provide us with a guiding vision.

In the Moehau Kiwi Sanctuary, seven trappers, most of whom live within the trapping area, carry out predator control on contract. Traps are baited with fresh hens’ eggs or salted rabbit meat—fortnightly dur­ing summer, monthly during win­ter—and wooden housing round the traps prevents non-target species from entering.

The frequency of trapping has been reduced in response to lower predator numbers. The annual stoat catch has declined from 359 in 2001 to 134 in 2004, with a pronounced peak each year in December and January, when juvenile stoats dis­perse. Twelve trapping sessions are planned for 2005–06, compared with 18 per year when traps were first installed.

Six per cent of the traps at Moe­hau have accounted for half the 882 stoats and 302 weasels caught so far, and the trappers are installing a second trap at 125 of the ”hottest” sites. DOC has chosen a new kind of trap—known as the DOC 200—for this purpose, and will be keeping a close eye on its catch rate relative to that of the Fenn trap.

Every three months, inked spong­es and blank papers are placed in baited tracking tunnels in both the sanctuary and nearby untrapped forest at Papa Aroha. The footprints obtained provide a comparative index of the numbers of mustelids and rodents inside and outside the sanctuary. Since August 2002 there have been no mustelid footprints at Moehau, while footprints have been found in about 25 per cent of the tunnels at Papa Aroha in each track­ing session. This suggests the trap­pers are doing their job well.

The threat of dogs is harder to manage. However, an education campaign to reduce the chances of dogs coming into contact with kiwi, and a kiwi-avoidance scheme to train dogs not to approach the birds, have been running in the Coro­mandel for many years. This work, largely carried out by Adele Smaill, Bank of New Zealand Kiwi Recovery Advocate for the Coromandel, is a key part of the long-term strategy for kiwi.

Adele says the training, which en­tails using an electric collar to associ­ate the sight and smell of kiwi with a negative experience, is intended for dogs taken into kiwi areas. The dogs wear a dummy collar for a few weeks prior to training and, ideally, are retested annually to ensure they haven’t forgotten their lesson. De­spite the old saying “You can’t teach an old dog new tricks”, Adele says almost all dogs brought to her learn to avoid kiwi, although she stresses the need to involve both animal and owner as a team.

Based in Waikawau Bay, the Moe­hau Kiwi Sanctuary team consists of four rangers who check up and re­port on the progress of radio-tagged kiwi and ensure the project meets its targets. Yuri Forbes, Diane Prince, Tommy Herbert and the author aim to monitor 20–30 kiwi chicks per year to see how many survive and to identify the cause of any deaths. Other monitoring activities include tracking sub-adult kiwi and ascer­taining the breeding success and calling rates of adults.

We’ve found that kiwi chicks at Moehau Kiwi Sanctuary have a pretty good chance of surviving long enough to grow to 1000 g weight (sufficiently heavy to be safe from stoats and weasels). About 79 per cent of the 92 chicks monitored so far have reached this weight, com­pared with a survival rate of about 5 per cent in forests around the North Island where stoats are not control­led.

Once the birds reach 1000 g they are classified as sub-adults and start to roam around the countryside. We have recorded kiwi moving up to 55 km from the northern tip of the peninsula to near Coromandel township. In fact, 16 per cent of sub-adults monitored to date have tramped south of the sanctuary bor­der, either into or straight through the Moehau Environment Group’s trapping area.

This highlights the importance of making kiwi sanctuaries large, so that birds are still protected when they reach breeding age and move into new territory. Keeping track of these wanderers is not always easy. Sometimes we use a light plane, vehicle or boat equipped with radio-tracking equipment to locate birds that have disappeared off the radar.

How many kiwi live at Moehau? The first full survey, undertaken in 2000, revealed the presence of at least 200 adult kiwi. We are not sure of exact numbers today, but model­ling of the population suggests a rate of increase of 12.5 per cent per year, or a doubling every six years. We think about 57 per cent of all kiwi present are adults, compared with 23 per cent sub-adults and 20 per cent chicks. Owing to a three-year delay between hatching and adult­hood, it is only now that we can expect real gains in the breeding population. We plan to resurvey the entire population in 2008, by which time four cohorts of chicks will have had time to mature since trapping began.

Moehau kiwi still have a 24.5 per cent chance of being killed in their first year, compared with 7.0 per cent in their second and third years and 2.2 per cent each year after that. This means that once they reach adulthood, their life expectancy stretches to something like 45 years. (Stoats and dogs still account for more than 50 per cent of first-year deaths, while cats, infection, cars and getting snagged in undergrowth by a transmitter are less common causes.)

One of the first chicks  to  be monitored  at Moehau has just started breeding (March 2005). This heralds the beginning of a new phase at the sanctuary, as we attempt to evaluate how many chicks become members of the breeding population.