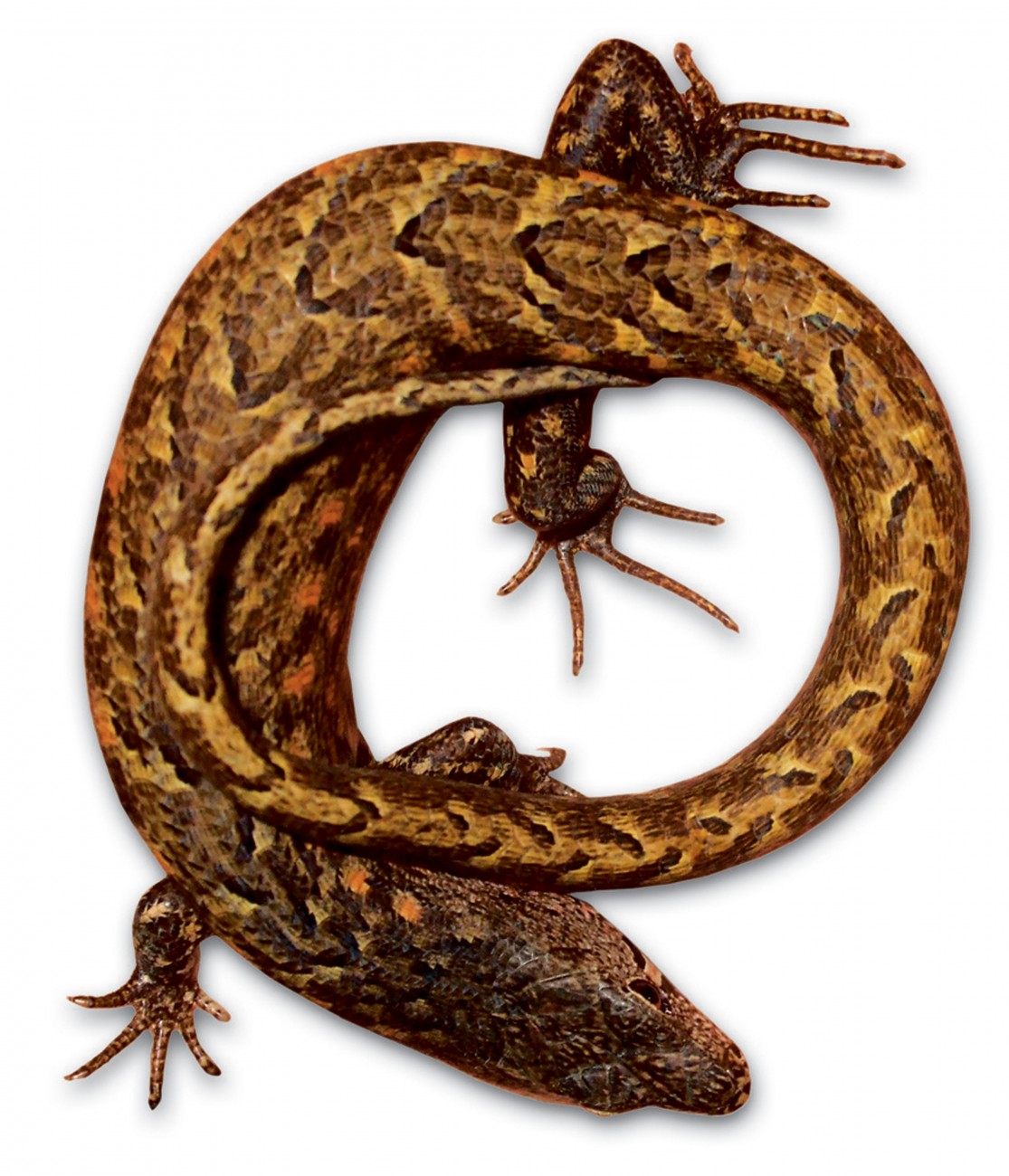 Predator-Free fencing isn’t just for the birds; the future of the chevron skink is now looking considerably brighter with the erection of the 2 km fence now sealing off a 230 ha headland of Great Barrier Island. (The project includes sev­eral properties, and was spearheaded by local landowner Tony Bouzaid.)

The chevron skink, or Oligosoma homalonotum, is one of New Zealand’s rarest lizards, and its longest, measur­ing up to 30 cm from the nose to the tip of the tail. It has stripes, or chevrons, down its back and will grunt or squeak if bothered.

First described in 1906, it was only sighted twice over the following 60 years, leading scientists to conclude it had been “lost”. This was partly due to a mix up of museum labels that identified it as having been found on Flat Island in the Mokohinau Islands group, which should have read Great Barrier Island.

A single adult was found on Lit­tle Barrier Island in 1991, but despite intensive searches only one other has been found there since. They are now thought to survive only on Little Bar­rier Island, a small captive population at Auckland Zoo, and on Great Barrier Island where they’ve now been found in over 20 spots.