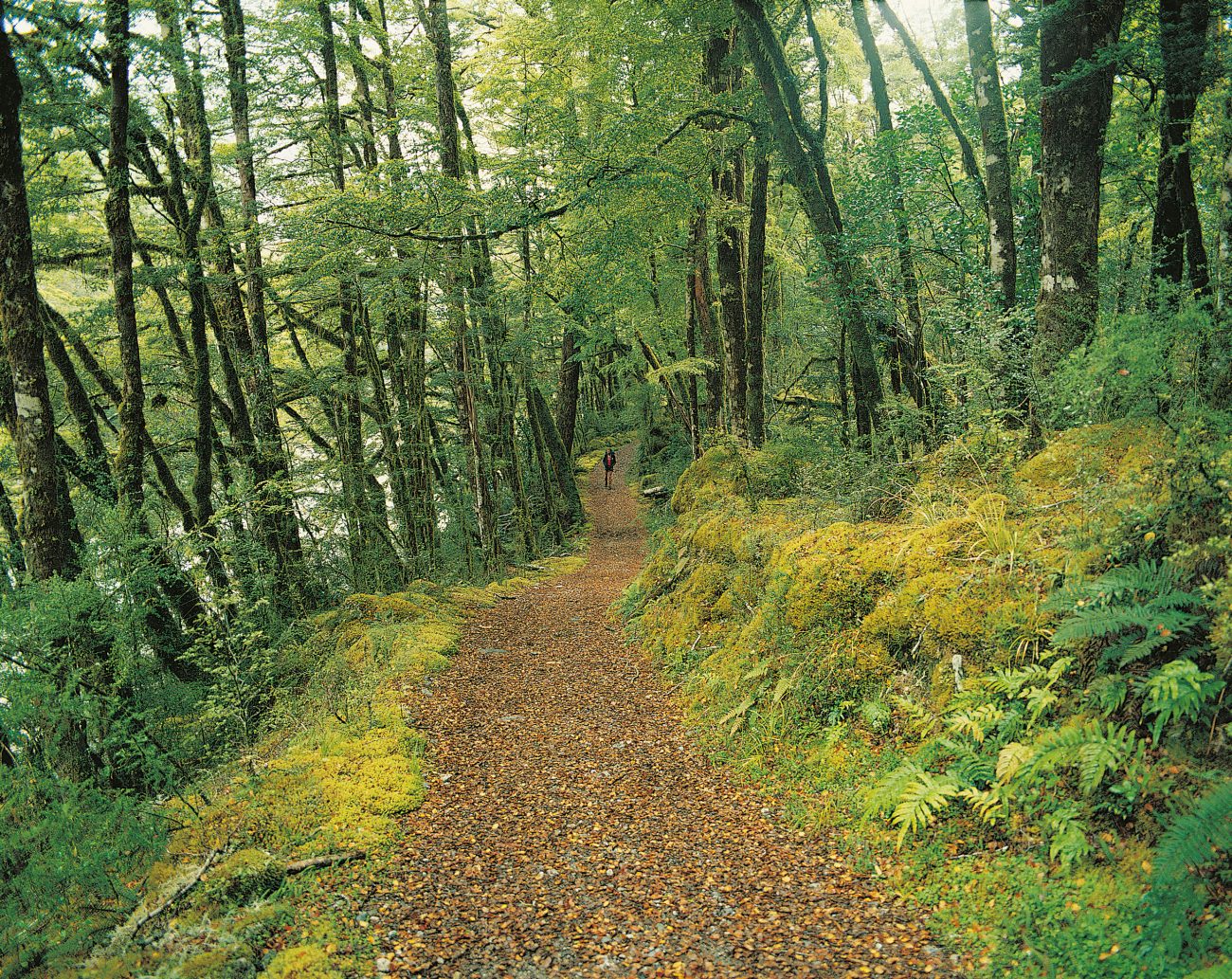 Fiordland is severe country with an uncompromising climate, which makes the Milford Track all the more remarkable for the relative ease with which it conveys people into the heart of this rugged wilderness. Not that walking the Milford Track is an effortless undertaking—it’s more that the Milford’s well-constructed path belies Fiordland’s severity as it comfortably steers trampers along two immense glaciated valleys and over a high pass within a spectacular landscape of mountains, snowfields and deep-green forests. In effect, walkers of the Milford are granted all the rewards of tramping in this exceptional mountain area, yet spared the struggles necessary to tramp in most other Fiordland valleys.

What many aren’t spared walking the Milford is wet weather. It rains frequently (on average 7–10 metres a year) and torrentially, rapidly transforming the landscape as waterfalls formed in an instant career down previously blank rock faces, gentle watercourses become seething torrents, and water flows across the valleys—taking everything in its path like the mythical Assyrian army.

Water is thus a dominant motif on the Milford, although not one that should deter you because the experience of a Fiordland storm—seen from the safety of a bridge—can be just as exhilarating as the stupendous vistas of a fine day. Beyond the immediate and awe-inspiring effects of a Fiordland inundation, water also works in more subtle ways, sustaining the luxuriant coatings of moss and epiphytes in its forests, and filling the pools, cascades and waterfalls that have added so much character to the Clinton and Arthur valleys. Gigantic Ice Age glaciers of frozen water carved the walls of these two valleys, and even today frozen snow released in mammoth winter avalanches continues to alter the landscape and vegetation.

That water forms a major theme on the Milford Track is dramatically confirmed by the 580-metre Sutherland Falls, among New Zealand’s highest waterfalls (its status as the highest waterfall was only recently eclipsed by discovery of a higher one, also in Fiordland) and also by the fact that—uniquely for this country—reaching the track requires passage across two large bodies of water—Lake Te Anau and Milford Sound.