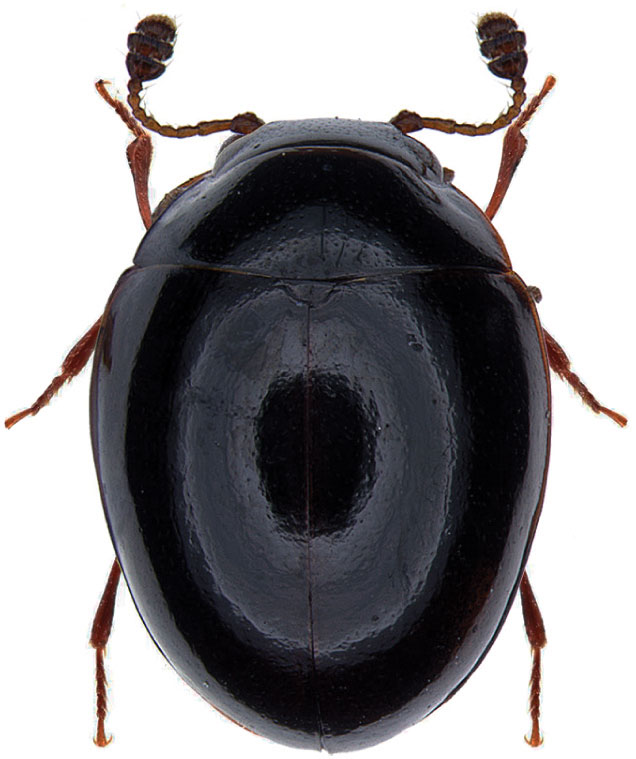 It started with an insect preserved in amber. A round, shiny beetle a couple of millimetres long was found in Myanmar, encased in its golden tomb. It lived about 100 million years ago, in the mid-Cretaceous period, in a forest ecosystem on Gondwanaland.

Upon close examination of the fossil, scientists from China classified it as part of the Cyclaxyridae family, a group of beetles with just two living relatives, both found in New Zealand. They inhabit the sooty mould ecosystem peculiar to New Zealand’s beech forests. In this community of organisms, scale insects live within the bark of beech trees, eating their sap and excreting glittering beads of honeydew. Bats and birds such as tūī and kākā feed on the honeydew, while excess dew fuels the growth of dense black fungus. This ‘sooty mould’ is eaten by beetles, including the two living cyclaxyrid species, Cyclaxyra jelineki and Cyclaxyra politula.

Upon the Burmese amber discovery, scientists, including Richard Leschen from Manaaki Whenua–Landcare Research, re-evaluated another beetle fossil from Baltic amber, placing it in the cyclaxyrid family too. This trio of cyclaxrids suggests that sooty mould beetles (and the associated ecosystem) were once widespread across the supercontinent Pangaea. Now, they survive only on the semi-submerged Zealandia as relics.

The search is on for more sooty mould beetle fossils—including here in New Zealand.