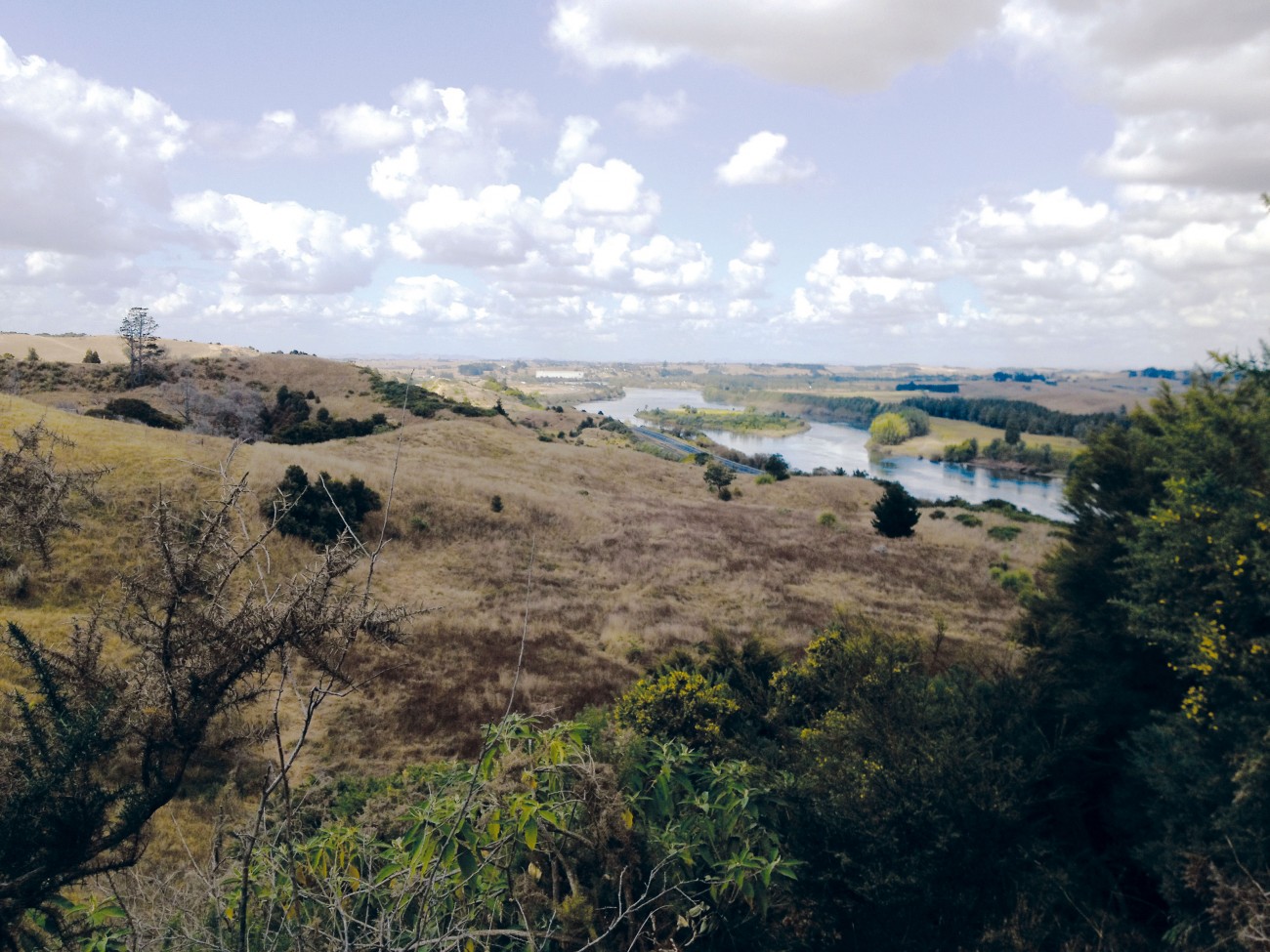 This walk is relatively easy and can be done year-round—though take care when the river is high and use the alternatives if you need to. Leaving a car at the Mercer Service Centre is the better option, particularly as there is some major road construction work taking place at Rangiriri at the moment. Two pubs and various food options can make a nice end to the day.

From the service centre, go over the SH1 overbridge to Skeet Rd (first on the right) and up the hill—where the orange Te Araroa markers start guiding the way.

The initial stages have a few ups and downs, though pass through native bush and marshland areas where you’ll see plenty of birdlife and may even have a fantail keep you company.

There is a choice of walking past the Whangamarino Redoubt—a historically signifi­cant site from the Maori Wars—or walking down through a pocket of DOC reserve, both arriving at the Whangamarino flood protection gates, before the track takes you under the rail and expressway bridges to reach the Waikato River. Down the side of SH1 to the former Meremere Power Station, then the track follows the stopbank cross-country to the rear of the Meremere Dragway complex.

The first 9.5 kilometres from Dragway Rd to the Te Kauwhata Pumphouse is the most scenic part of the track. It follows farm tracks and the stopbank, and kahikatea, cabbage trees and puketea alongside the trail give a hint of the original riverside vegetation.

Two kilometres south of the pumphouse, watch Ararimufor Tarahanga, an island that was used in former times as a Maori sentry post to detect invaders on the river. High priests here once uttered powerful incantations and sounded alarms through a rock structure known as Te Pahuu o Ngati Pou, warning of any impending danger.

The track continues along the stopbank parallel to Churchill East Road for most of the remaining 8.5 kilometres to Rangiriri, diverting onto the road for a period, then returning to the stopbank again for the final two kilometres—though continuing on the road may be a preference for some. Take care near the end as some road construction is taking place.