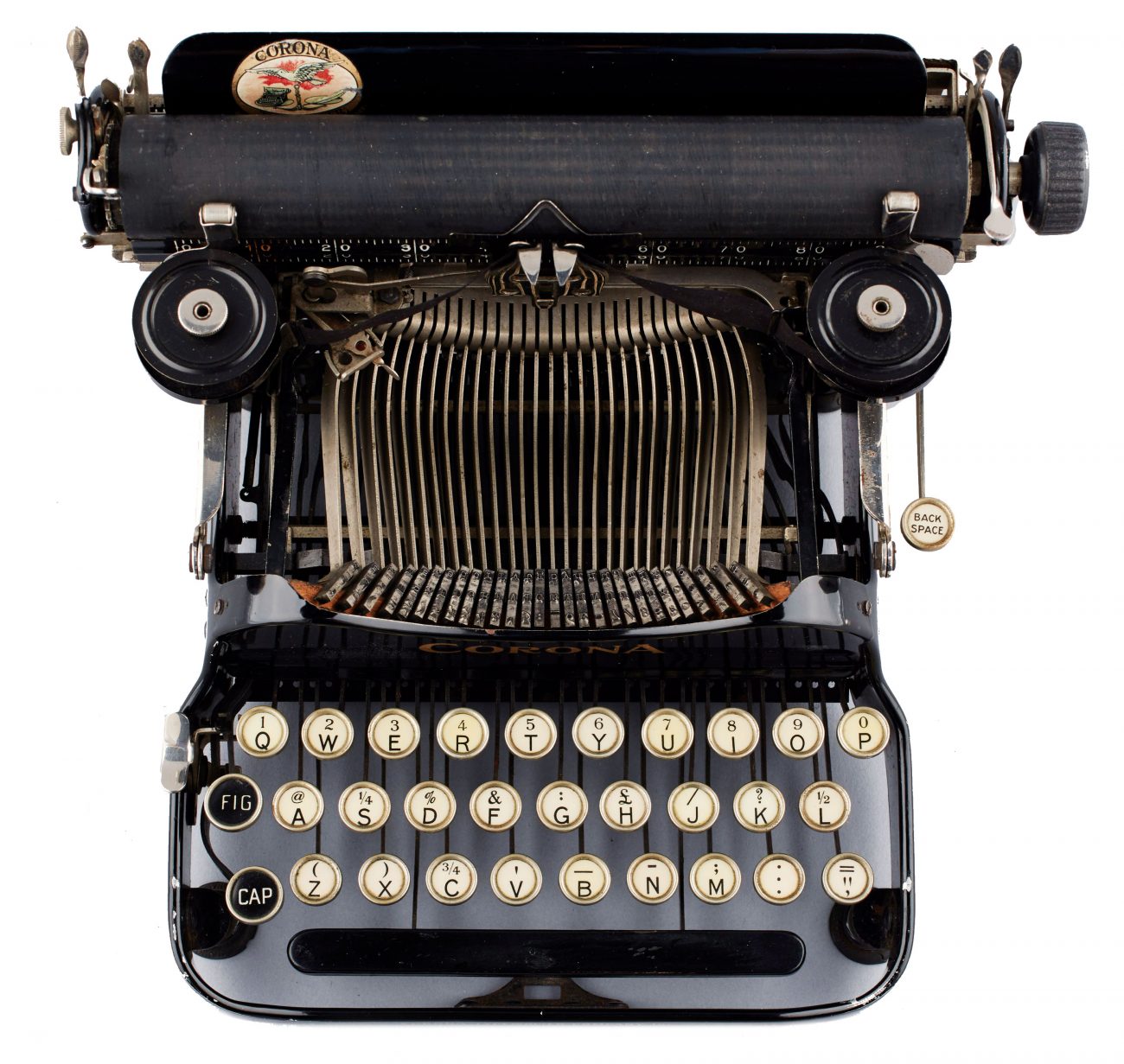 The handwriting of New Zealand’s most famous author, Katherine Mansfield (1888–1923), was notoriously difficult to decipher, as those who have studied her manuscripts can attest. It was perhaps fortunate, then, that towards the end of her life she came into possession of a typewriter and from then on used it enthusiastically or, depending on her health, had others type up her manuscript drafts.

Mansfield’s typewriter was donated to the Alexander Turnbull Library by her long-time companion Ida Baker in 1971 and deposited in 1972 by Mansfield scholar and Turnbull manuscripts librarian Margaret Scott. The latter met Baker (commonly referred to as LM, or Leslie Moore, in Mansfield’s papers) in 1971 on her research travels to England and France as the second recipient of the Katherine Mansfield Fellowship. In her fascinating 2001 memoir, Scott describes how Baker gave her Mansfield’s ‘little Corona typewriter’, which was ‘a very primitive affair but it still worked’.

We do not know exactly when Mansfield began using the Corona on a regular basis, but entries in her notebooks would suggest that it was some time around the middle of 1920. From 1921 until the end of her life, depending on whether she and Murry were together or apart, the typewriter was at her disposal. This probably indicates that Murry gave it to her, as it was among her possessions that went to Baker after Mansfield’s death on 9 January 1923.

This popular model of the Corona 3 was one of about 21,000 manufactured as early as January 1920 by the Corona Typewriter Company in the United States. It was small, light and compact, with a carriage that folded over the keyboard so it could be stored in its purpose-made carry case and easily transported. That would have suited Mansfield well; she changed address around eight times during her final two years as she sought relief and a cure for her tuberculosis.

Mansfield spent most of her writing life in England and Europe, remaining ambivalent about her connection to her country of birth and upbringing.