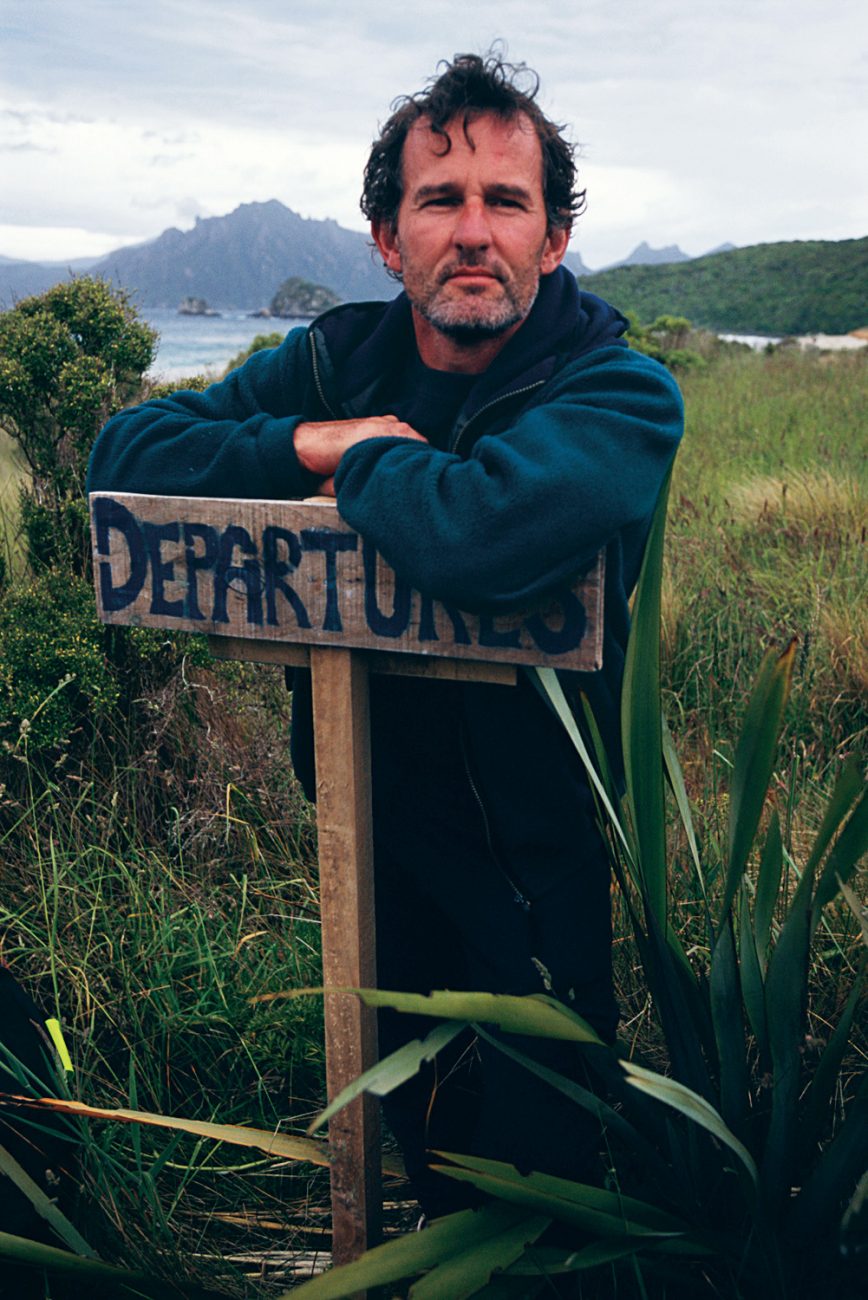 He has also driven contributors and production staff alike to unparalleled heights of exasperation with his sharp editorial blade (it’s genetic; his great-grandfather was the butcher in Charleston on the West Coast), his literary acuity (his mother is a bookworm) and his appetite for hard graft (from his father, a builder). He brought this formidable arsenal of attributes to every issue he edited—68 of them in all—and was the mentor who launched the careers of many aspiring writers and photographers with the wherewithal and stomach for criticism that Geographic demanded.

Now on the other side of the editor’s desk, Warne continues to bring an editorial sensibility to his writing and photographic assignments, and occasionally puts his body on the line as well. For a story on albatrosses at the Pyramid, in the Chatham Islands, he wanted to photograph albatross chicks inside a cave, but to get there meant crossing an expanse of rock tilted about 40 degrees, with nothing to grab hold of except tufts of grass in the cracks. “The researchers told me, ‘No sweat! It’s easy.’ But it took me a quarter of an hour to pluck up the courage to get across,” he says. “I kept thinking, ‘One slip and I’m in the sea.’ In the end I took off my shoes and crawled on hands and bare feet.”

In Manapouri, the water nearly claimed him again. The kayak he borrowed to explore the lake’s bays and islands sprang a leak, the rear hatch filling with water. Fortunately, he’d taken the precaution of putting his camera in a drybag, but his lunch was ruined.

What draws him to his subjects? He says he adheres to what he calls the Mallory Principle, after the British mountaineer who, when asked why he wanted to climb Everest, retorted: “Because it’s there.”

“Curiosity is an underrated motivation. It’s a tradition of New Zealand Geographic to explore subjects that might otherwise be overlooked,” he says, citing stories he commissioned on doll-making, vegetable caterpillars and scurvy.

The Manapouri story came about when he stumbled upon a photo in a National Library exhibition of the lake in the 1920s—a glorious panorama under which the photographer had scrawled, “Taken from near the proposed tunnel”.

“What struck me was that while I was seeing a pristine landscape, that photographer was seeing hydroelectric potential. There are these two ways of looking at nature: for what it is and for what it can be used for. That’s how it’s been all the way through our history, ever since European settlers looked at kauri forests and saw board-feet of timber to be exploited, or, I suppose, Maori looked at moa and saw giant drumsticks.”

And he’s taken that message to the world, writing since on New Zealand subjects for National Geographic, The Smithsonian, and Canadian Geographic, as well as remaining a regular contributor to the magazine he founded. When New Zealand Geographic was launched in 1989, a year before the 150th anniversary of the Treaty of Waitangi, part of its purpose was to reflect on what it means to be a New Zealander. “That’s still something we want to explore,” Warne says.

His aspirations then, as editor, and now, as a contributor, reflect those of his earliest experience of journalism while working in Thames. He came across an old newspaper with a lofty masthead that still rings in his ears:

For the cause that lacks assistance,

For the wrong that needs resistance,

For the future in the distance

And the good that we can do.