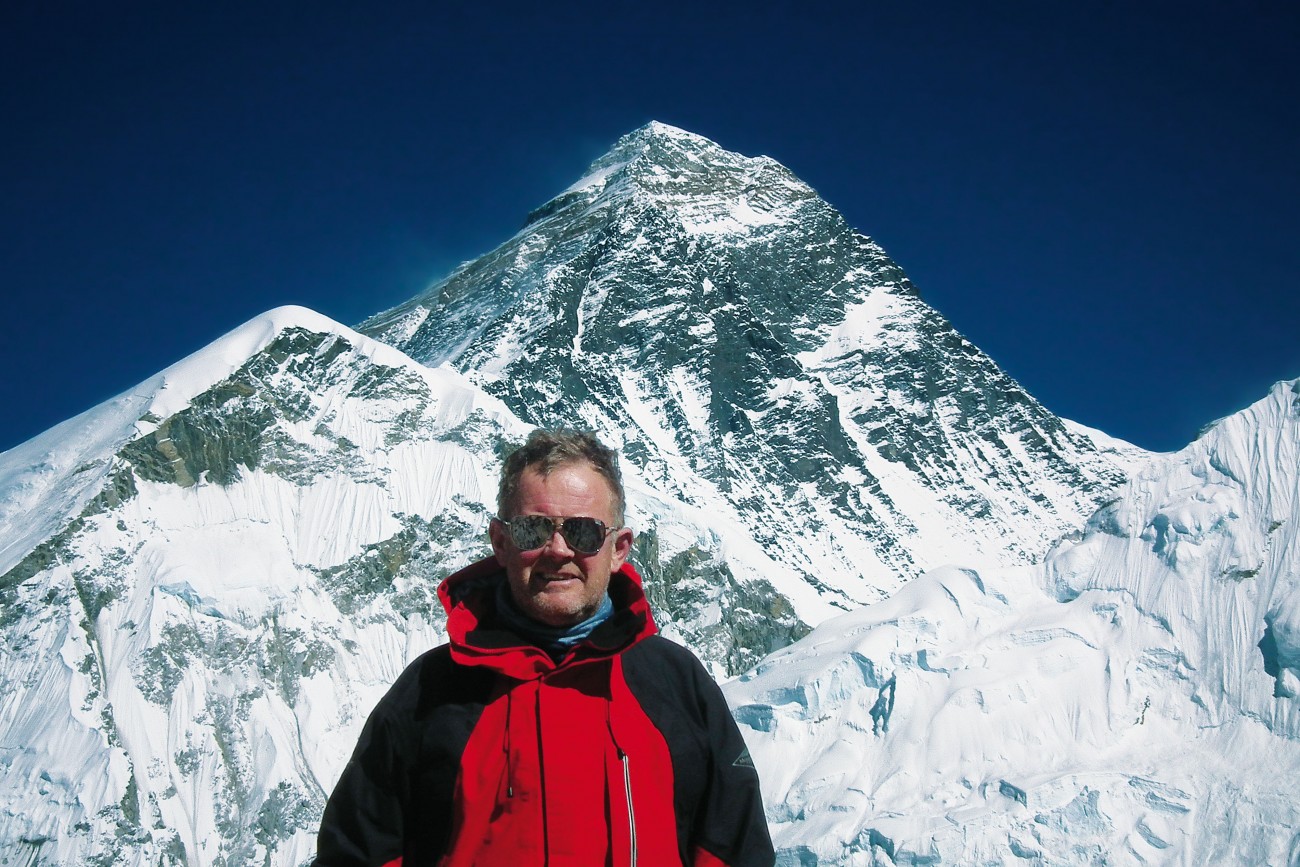 Partway through what Gully calls “one of the greatest half hours of my life”, Hillary turned to look at the rocky, ravined landscape with its swaying footbridge over the noisy Dudh Koshi River, at the water-powered prayer wheel, the stone dwellings and the meagre vegetation.

“I worry about the forest,” he told Gully. “I blame myself.”

The elder statesman of Everest was haunted by the airstrip he had built at Lukla, two days’ walk away, at the doorstep of the Khumbu, the Sherpas’ homeland. As Hillary saw it, that slight engineering gesture had opened a tourism floodgate that had redoubled the pressure on the Khumbu’s fragile forests: once the airstrip went in, timber had been needed to build lodges for the new trekkers, and firewood to cook an ever-
increasing number of meals.

Gully, himself a veteran manager of several Everest expeditions, including the 1988 New Zealand-Czechoslovakian attempt on the difficult Southwest Face, the 1989 New Zealand-Sherpa expedition and the 1990 international expedition, dismissed the notion. He told Hillary he was being tough on himself. Nevertheless, the words lodged.

Gully was at a cricket tournament in Westport in the summer of 2008 when news of Hillary’s death came through.

“I couldn’t just let that legacy go. I wanted to do something in recognition of Sir Ed’s work in Nepal since 1960,” he says. The answer was not long in coming: restore the forest.

In an echo of work once done by the Himalayan Trust, Gully and his volunteers built a plant nursery, where they have propagated 6000 snow- and drought-resistant pines for planting out.

Gully knew that without local buy-in, the reforestation scheme would likely fail. Historically, Sherpas had the right to cut timber, he says, but with escalating tourism, they were forced back to yak dung and expensive kerosene for fuel. Gully’s solution was a dose of realpolitik: plant more trees than are needed, and after 12 years the villagers can take out the surplus. Afterwards, the land is closed to felling and the axe must look elsewhere.

Gully has earned the right to make such hard deals. Twice a year for the past 22 years, he has returned to the Sherpa homeland as leader of Youth to Everest expeditions and trekking parties. He claims to have led more people to the Everest region than any other non-Sherpa. In 2001, I joined him for a New Zealand Geographic assignment and saw at first hand the bond he has cemented between Kiwis and Sherpas.

“People are comfortable working with me because I used to work with their fathers,” he says.

Nor has he been merely another set of boots on the track. In 1990, with fellow New Zealanders Peter Hillary, Rob Hall and Gary Ball, Gully removed five tonnes of rubbish from base camp. It was the start of a turn-around for the route to Everest, known as the ‘Kleenex trail’ for the amount of discarded waste.

Gully’s aim was not simply to go every year and clean up everything from oxygen bottles to food cans. It was to alter the attitude of climbing parties, trekkers and locals alike.

“In the 1980s and 1990s, I had watched them throwing plastic wrappers out of the windows.”

The forthright Gully rebuked them, saying that to see rubbish in a World Heritage site offended the young people he was leading in.

“Now expeditions pay a conservation bond, every scrap of waste is removed from the campsites and lodge managers recycle rubbish,” he says. “That is a direct result of the work we did back then.”

Gully is more than a litter vigilante and forester, though. Through Youth to Everest, he has helped to reset the minds of countless young people. It started in 1988, when he joined a party of 18 teenagers and two doctors in Kathmandu.

“I thought it would be a one-off. I was trying to be a yuppie in Christchurch, and make millions out of property, when the sharemarket crashed. I thought, ‘Here’s a hobby that will tide me over.’ The next minute it was full time—and so much fun!”

Proof that he is doing something right is never far off.

“Yesterday, I got an email from a bloke who had come with me in 1991. He was head of outdoor education in a Melbourne school and wanted to know how they could be involved ‘because it changed me forever’.”

On the landline from St Arnaud in the Nelson Lakes district—near where his great-great-grandfather John Gully the painter had once journeyed with Brunner and Heaphy—his pleasure in the story is almost palpable.