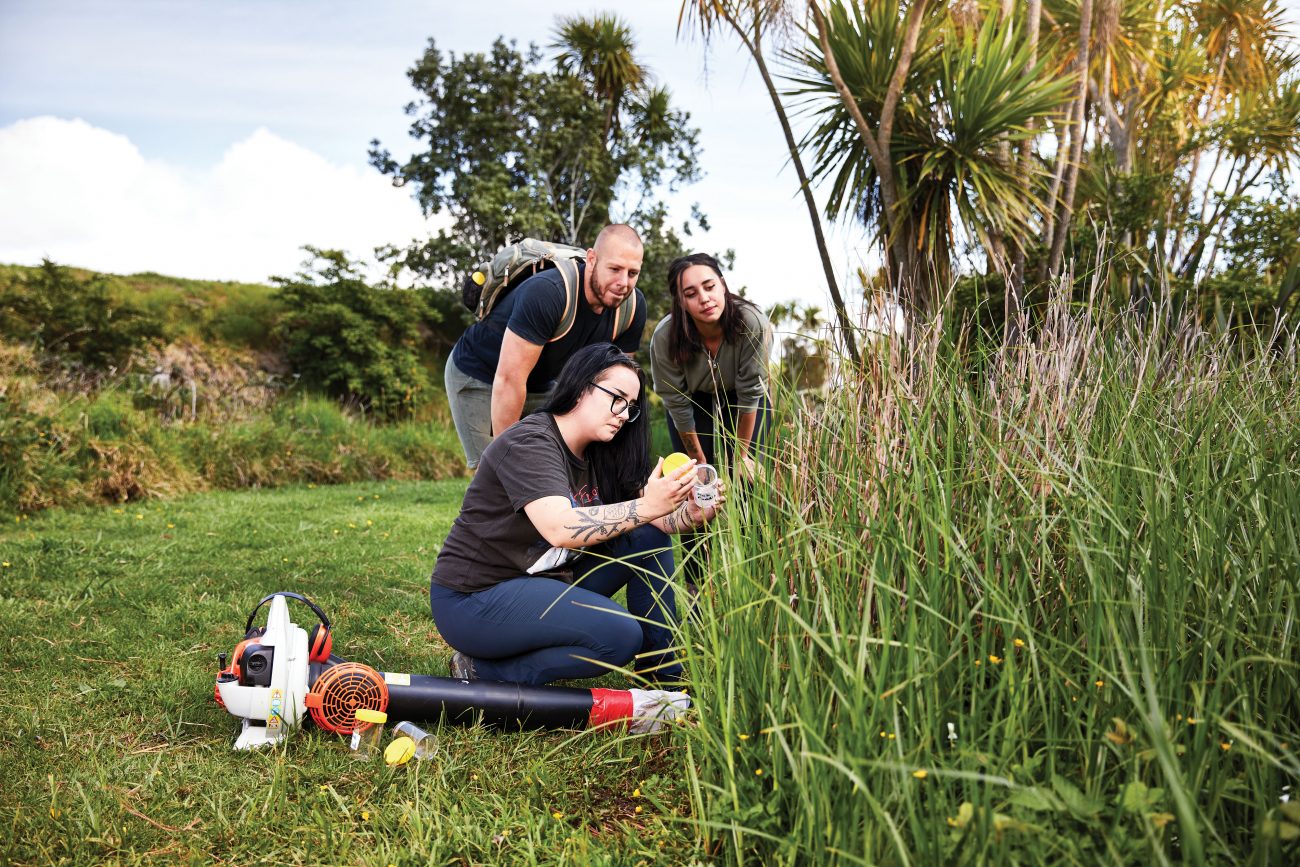 Unitec students are jumping into industry internships and practical placements as part of the Bachelor of Applied Science (Biodiversity Management) and carving successful career paths in an industry that needs more hands.

Along with a teaching team of respected scientists and industry consultants, students say it’s the degree’s practical elements that have helped them grow their confidence, forge industry relationships and, ultimately, get into work quickly.

Working with pest plants and animals

Mihaela Carcianu is a working mum and passionate environmental science student with a career goal of becoming a biosecurity officer. Recently, she completed a practical placement with NZ Biosecurity Services and says it was an opportunity to expand and apply her learning in real-world contexts.

“For me, being able to work in the field has helped me to get a better understanding of New Zealand’s environment, and gain more knowledge of invasive species, risk mitigation and ecological restoration in practice. All of that will help me complete my degree.”

Current students Zac Wilcox-Brown and Jade Mathews have had internships with Auckland Council as part of their studies. Both were recently part of a biological control monitoring programme for tradescantia, woolly nightshade and Japanese honeysuckle. The data collected was then added to the monitoring database that Auckland Council has for all its monitors and releases.

“Work experience gives you an idea of how everything you learn gets applied at an industry level, especially working for an organisation like Auckland Council. It’s a small part of a bigger ecosystem, but it’s been great to be exposed to that while I’m still studying,” Wilcox-Brown says.

As a result, the internship has inspired his current research project, mapping the dispersal of the tradescantia leaf beetle from release sites in the Auckland region. Matthews has taken part in another internship with Auckland Museum, working in the herbarium area as part of the botany team.

“I believe that the experiences and skills I’ve gained from the internships will allow me to get jobs in a variety of environmental services. Already I’ve been able to get job interviews with Auckland Council and New Zealand Biosecurity Services,” she says.

From graduation to full-time work

Kayla Rench started her student journey studying animal health and welfare, and after a three-month internship with the Department of Conservation in Turangi, she fell in love with ecology, so she decided to double-major in Biodiversity Management.

During her studies she also worked as a Treasure Islands ambassador for Auckland Council, engaging with residents and visitors travelling to pest-free islands in the Hauraki Gulf.

She has now graduated and is currently working as a conservation advisor for Auckland Council in Franklin.

“My work experience helped my communication skills immensely as I often had to translate difficult scientific concepts into layman’s terms. The internships also introduced me to endangered species management, pest animal control and the wide-reaching impact of community conservation actions.

“Beyond the work experience, the most valuable outcome has been building relationships and contacts throughout Aotearoa.”

Find out more about Unitec’s Bachelor of Applied Science (Biodiversity Management) at unitec.ac.nz