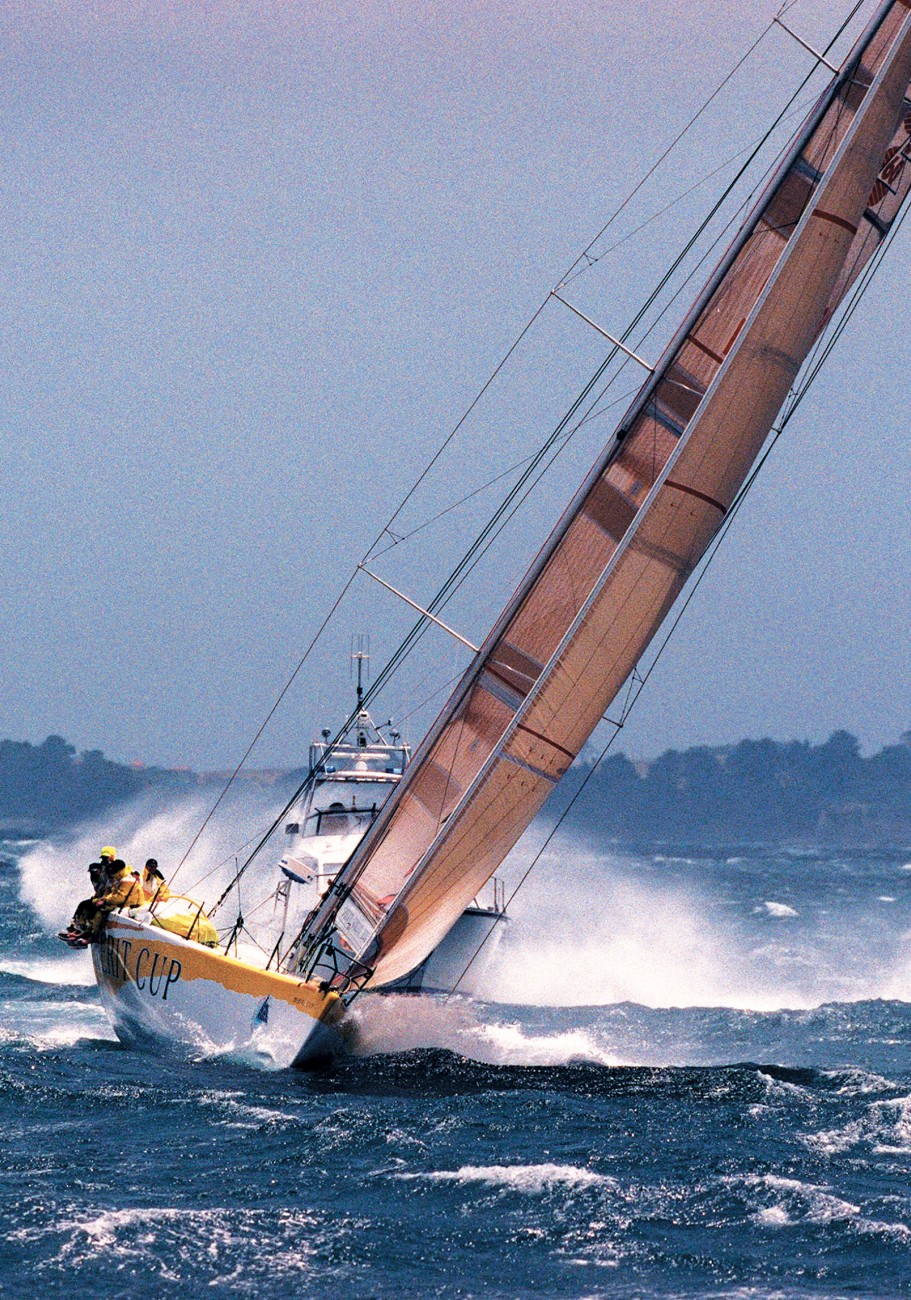 As Climatologists predicted in mid-1997, the El Niño weather pattern has, in the nine months since last July, caused thousands of deaths and billions of dollars’ worth of damage over a large part of the world. Drought has afflicted normally wet areas in the western Pacific and floods have devastated normally dry areas in the east. Snow has turned up in parts of Mexico where it has not been seen for more than a hundred years.

One of the worst affected countries has been Indone­sia, where drought has caused food shortages for millions of people, and huge forest fires continue to rage out of control, causing damage estimated in the billions of dollars. The fires are destroying such a large area of tropical forest that hundreds, if not thousands, of species of plants and animals are likely to become extinct. At the height of the fires, smoke affected 22 million people in three countries, causing wide­spread respiratory illness. Drought and fires continue to make a major contribu­tion to political and financial troubles in the region.

In Papua New Guinea, drought and frost have caused famine, affecting over a million people. Typhoid, malaria, and dysentery are rife, and the death toll is expected to climb into the thousands.

At the eastern end of the Pacific, devastating floods have occurred in areas normally so dry as to be considered deserts. Floods in Peru, Ecuador and Mexico have killed hundreds of people and caused enormous damage. In Peru, the town of Piura had 12 separate days when more than half the annual rainfall fell, while in Talara five times the normal annual rainfall fell in a single day.

Meanwhile, on the other side of the Andes parts of the Amazon had no rain for over three months, and the worst savannah fires in almost 100 years destroyed a large area of forest near the border of Venezuela and Brazil.

In California, property damage is around one billion dollars. Storms caused 10-metre swells to batter the coast, eroding the shore and destroying homes. Massive landslides triggered by torrential rain engulfed houses in Los Angeles where the San Gabriel Mountains rise steeply on the eastern side of the city.

Eastern Africa has also been affected, with some areas receiving 5 to 10 times the normal rainfall, and leading to mass migration and destruction of life and property. In Somalia, flooding along the Juba and Shabelle Rivers has claimed an estimated 2000 lives, while in Kenya over 1500 people have died of malaria following flooding.

Not all the effects of El Niño have been negative, however. Over the North Atlantic, tropical cyclone activity has been well below normal—the result of a strong upward motion in the atmosphere associated with the areas of rain. This rising air spreads out over the Caribbean, causing stronger than normal westerly winds in the middle atmosphere, and it is these which inhibit the formation of tropical cyclones.

In the South Pacific, however, tropical cyclones have been more frequent than normal, especially at the eastern end of their range between the Cook Islands and Tahiti.

Tropical cyclone Martin devastated the island of Manihiki in the northern Cooks in November 1997, killing 20 people and destroying many homes and buildings associated with the black pearl industry. The island’s highest point is only five metres above sea level, and the destruction was mostly caused by huge waves washing over the island rather than the wind, which was not particularly fierce by tropical-cyclone standards.

A day later, the same cyclone struck the tiny island of Bellingshausen in French Polynesia. Again the wind was not so bad, but waves washed over the low-lying island, destroying the only buildings and killing nine of the 10 inhabitants.

New Zealand missed the worst of the tropical cyclones, as most of them left the tropics well to the east of the country. In March, however, the remains of tropical cyclone Yali crossed the South Island, bringing damaging winds from about Welling­ton southwards as well as a brief period of heavy rain to some western areas. It struck during a period of king tides which, combined with large waves, caused the death of a man who was washed into the sea at New Plymouth.

Less than two weeks later, the remains of tropical cyclone Zuman brought some heavy rain to parts of the North Island, including nearly 30 mm in one hour at Gisborne Airport. Although Zuman arrived only half a day before the anniversary of the Wahine storm, the winds around the low were below gale force, and there were no reports of damage.

In New Zealand, the most noticeable effect of this El Niño has been the drought in eastern areas from Northland to Canter­bury. The impact has been particularly serious on pastoral farmers, as grass has failed to grow. By contrast, the wine industry is looking forward to a vintage year, as the grapes, when harvested, had high sugar levels and tended to be small, which helps intensify the flavour of the wine.

On a lighter note, golfers in drought areas have enjoyed lower scores, as harder grounds have caused the ball to bounce better and run on further. In Auckland, swimmers enjoyed long periods of low pollution levels at the beaches, as there was little rain to wash bird and animal faeces and debris off the land and into the ocean.

The more-frequent south-west winds associated with El Niño kept tempera­tures cooler than normal in many western areas through December and January, while foehn winds warmed eastern areas. The winds were stronger than average, and a burst of gales wel­comed the Whitbread fleet into Auckland.

During February, the weather was dominated by slow-moving anticyclones, which, combined with dry soil and foehn winds, helped the sunlight to heat the country to record levels. Streams dried out in some areas, leaving fish stranded. The Tutaepatu Lagoon near Christchurch also dried up, leaving hundreds of dead eels on its cracked clay bed. Fire was a hazard in dry areas, particularly when the wind blew.

Rain has been above average in the west of the South Island and also over Southland and parts of Otago. While Marlborough and Canterbury farms were sweltering in unrelenting sunshine, at Whataroa in central Westland an average of two and a half centime­tres a day fell from the beginning of November to the end of March.

Depending on whether you measure it in the air or in the ocean, this El Niño has been the strongest on record. El Niño is a com­bined atmosphere and ocean phenomenon known to meteorologists and ocean­ographers as El Niño-Southern Oscillation, or ENSO for short. In the Pacific Ocean during an ENSO event sea tempera­tures increase by several degrees or more from about the dateline to South America. The sea level also rises by about 20 cm there, and falls by as much near Australia. During the opposite (La Niña) event the sea cools below average over the eastern Pacific and warms in the west.

The current El Niño has had the highest sea surface temperature changes on record, and they developed quicker than has ever been recorded before.

During an El Niño the tropical easterly trade winds are weakened by the change in ocean temperatures, or even reversed. Atmospheric pressure rises over Indonesia and falls near Tahiti. During a La Niña, pressures are higher than average over Tahiti and lower over Indonesia, strengthening the trade winds.

The Southern Oscillation Index (SOI) is a measure of this change in atmospheric pressure made by comparing the pressure at Darwin with that at Tahiti. It was first used by Gilbert Walker, a meteorologist in charge of the India Meteorological Department early this century, who was trying to understand and forecast the yearly fluctuations of the monsoon rains. Walker was also adept at throwing the boomerang, which was perhaps ironic in light of the fact that the Southern Oscillation he discovered displays irregular behaviour, and El Niños do not always come back when expected.

During this latest El Niño, the SOI has been strongly negative, but not as much as during the El Niño of 1982-83.

So what happens next? Climatologists are near unanimous in expecting this El Niño to wind down by the beginning of winter, or soon after. The sea tempera­tures over the eastern end of the Tropical Pacific are now cooling, both at the surface and deeper down, although they are still above average.

The SOI rose to its highest level yet in the month of March, but it is expected to fall soon. (One-off monthly surges of the SOI are usually treated with caution, however, and a three-month running mean is the preferred method of keeping tabs on it.)

Nevertheless, this El Niño is still expected to steal a few more scenes before it leaves the stage. Rainfall continues to be below normal in many of the drought-affected areas around the western Pacific, while in the United States meteorologists fear the current tornado season will claim one of the highest death tolls of recent times. Savage tornadoes have already caused scores of deaths in Georgia and Florida, which are usually not the worst hit.

The last monsoon over India was not much affected by El Niño, but there are fears that the next one may be. Tibet has been suffering from much greater snowfall than usual, which has taken a harsh toll on both animals and people.

Years with above-average snow in this area are often followed by poor monsoon rains over India, probably because the extra snow slows down the heating of the Tibetan Plateau at the end of winter, which is one of the driving forces of the monsoon. As the sunlight begins to increase in spring, the more extensive snowfields reflect more light back to space than normal. The greater amount of snow requires a greater amount of heat from the sun to melt it, and in turn a greater amount of heat to evaporate the meltwater and dry out the ground before the ground temperature can begin to rise.

Beyond the demise of the current El Niño, climatolo­gists are beginning to see signs of a La Niña. Sophisti­cated computer models incorporating both atmos­phere and oceans are predicting that the Pacific will swing into a La Niña phase by the end of the year. Certainly the strong El Niño of the summer of 1982-83 was followed by a La Niña event, so it would be as well to recall what changes in New Zealand’s weather patterns are associated with La Niña.

In a nutshell, whereas an El Niño summer is associ­ated with more south-west airstreams over New Zealand than normal, a La Niña summer is associated with more frequent north-easterlies than normal. These bring warm air down over New Zealand from the tropics or sub-tropics, causing above-average temperatures over much of the country—even though, paradoxically, La Niña is associated with a drop of global average temperatures because of the large area of the Pacific Ocean that has cooler than normal temp­eratures.

The extra north-easter­lies also bring above-average rain to areas exposed to the north-east, such as Northland, Auckland, Coromandel, Bay of Plenty, Gisborne and possibly Hawkes Bay. Further south, this effect is less clear as the South Island tends to be under anticyclones more often than usual during a La Niña. In provinces sheltered from the north-east, such as Southland, which flourished under its extra rain last summer, rainfall tends to be below average during a La Niña summer.

One thing is for sure, whichever way ENSO jumps, the weather has not finished with us yet.