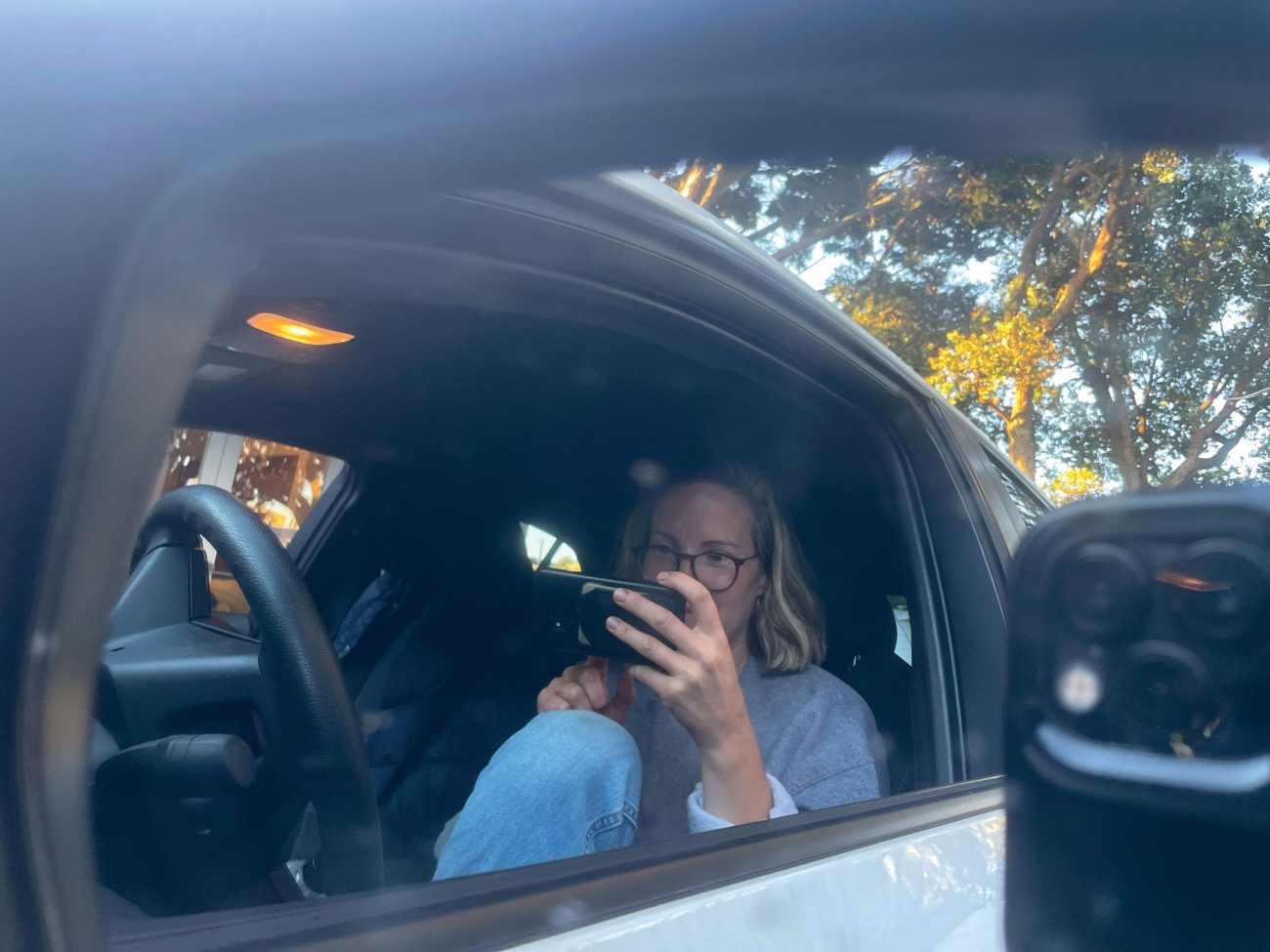 When the immunologist Anna Brooks called photographer Lottie Hedley to say her Auckland lab was ready for their photograph to be taken, Hedley was painting her fence in Raglan, two hours’ drive and a COVID-19 border crossing away.

Hedley sat down amidst her test pots to take the photo. She logged into an app on her phone, as did lab technician John Steemson, and Hedley proceeded to direct the picture with Steemson’s help.

This is how all of the photographs in the story on COVID-19 were made: using a variety of smartphones around the country, with Hedley directing from afar, playing with composition and light to help her subjects create a diversity of perspectives.

Journalists can interview people over the phone, but photographers haven’t been able to make portraits in the same manner. Until COVID-19. Hedley, who studied photography in the United States, noticed that several of her photographer friends were using a phone app to shoot portraits for magazines remotely during the highest-risk periods of the pandemic. The app, Clos, works by giving a photographer control over another person’s phone camera.

In New Zealand, family members and bubble-mates showed Hedley around their households through their phones. Together, they’d find a good backdrop, or take a step back to frame a picture through a window. Plum Doughty held the phone still so Hedley could capture a picture of her brother practising karate. Hedley instructed Plum’s mum, making a portrait of Plum attending Girl Guides on Zoom, to capture the door of her bedroom and the face mask hanging from the knob.

Hedley would sit in her car as she directed pictures—a tiny soundproof studio parked close beside her friend’s house to catch the wifi signal. She was staying with friends as her Raglan home had been stripped of its walls and ceiling before lockdown began in order to remove asbestos. (Her friend’s daughter, Grace, and son, Dougal, made the portrait of her.)

There were some limitations to using a phone rather than a DSLR. “Camera phones don’t cope well with interesting light,” says Hedley. “I love backlight and flare and really crazy light, but I found I had to use much more straight light than I would normally so that I’m using the phone to its best capacity.”

But Hedley was delighted to find willing and enthusiastic collaborators. Most of the people she photographed were in Auckland, weeks into the city’s lockdown.

“I thought it would be a chore for people to do my job,” she says. “But it was like a little adventure in the middle of a very ordinary, repetitive COVID day.”

The project gave her a window into people’s lives, and the ability to notice details to include in the pictures.

“There was still room for some finding or for some little surprise that affected how I wanted to take the photo,” she says. Even from a distance.