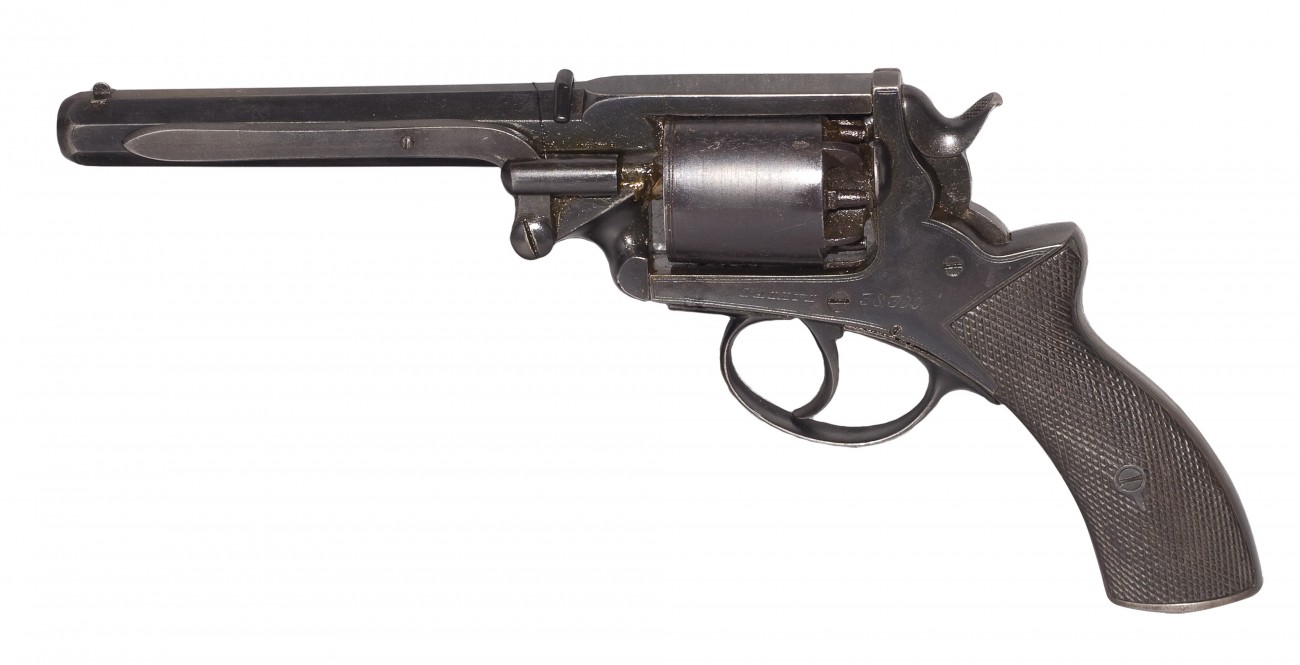 Shooting- irons don’t come any colder. And where provenance is concerned, there is none hotter.

The 54-gauge Deane & Adams percussion revolv­er chambered five rounds and was used by Maori and Pakeha in the later stages of the New Zealand Wars. The type may not have been terribly accurate but by all accounts could produce a high rate of fire. Inscribed along the bar above the cylinder is the following: “Presented to HEMI TE WAKA, by the OFFICERS of the 43rd LT. INFTY. for GALLANT CONDUCT on all occasions when acting as GUIDE to the Regt. in TARANAKI December 1865.”

Hemi Te Waka, aka Taranaki Jim, or Big Jim, was of both Te Atiawa and Pakeha descent. Te Waka had been a Kingite warrior in 1860 and by 1864 he was a scout for the 57th Regiment. It was he who, in April that year, discovered the decapitated corpses of Captain Lloyd and his men ambushed at Te Ahuahu, precipitating the Paimarire War and a further eight years of bloodshed.

From 1865 the revolver accompanied Te Waka on active service until he fell in a Tuhoe ambush in May 1869. There in Te Urewera he was buried, the pistol and other effects being removed from his body. The revolver, pistol-belt and holster were later obtained by the NZ Veterans Association, and in 1919 they were donated to the New Plymouth Museum—now Puke Ariki & District Libraries. On the inside flap of the holster is the barely legible “HEMI TE WAKA” written in Indian ink.

This gun—with holster and pistol-belt—is a tan­gible link to the Taranaki and Te Kooti campaigns, and also contemporaries like Major Kepa Te Rangi­hiwinui NZC and Major Gustavus Von Tempsky, not to mention many others who have since become famous in their own right. As such, it is one of the country’s most valuable military taonga.

Seventy-one years after Te Waka was gunned down, a young firearms enthusiast in New Plymouth was handling the weapon, fumbled, and was shot through the head. He earned the dubious distinction of being the last casualty of the New Zealand Wars as the charge, wad and bullet—rammed home by Hemi Te Waka himself all those years ago—had never been unloaded.