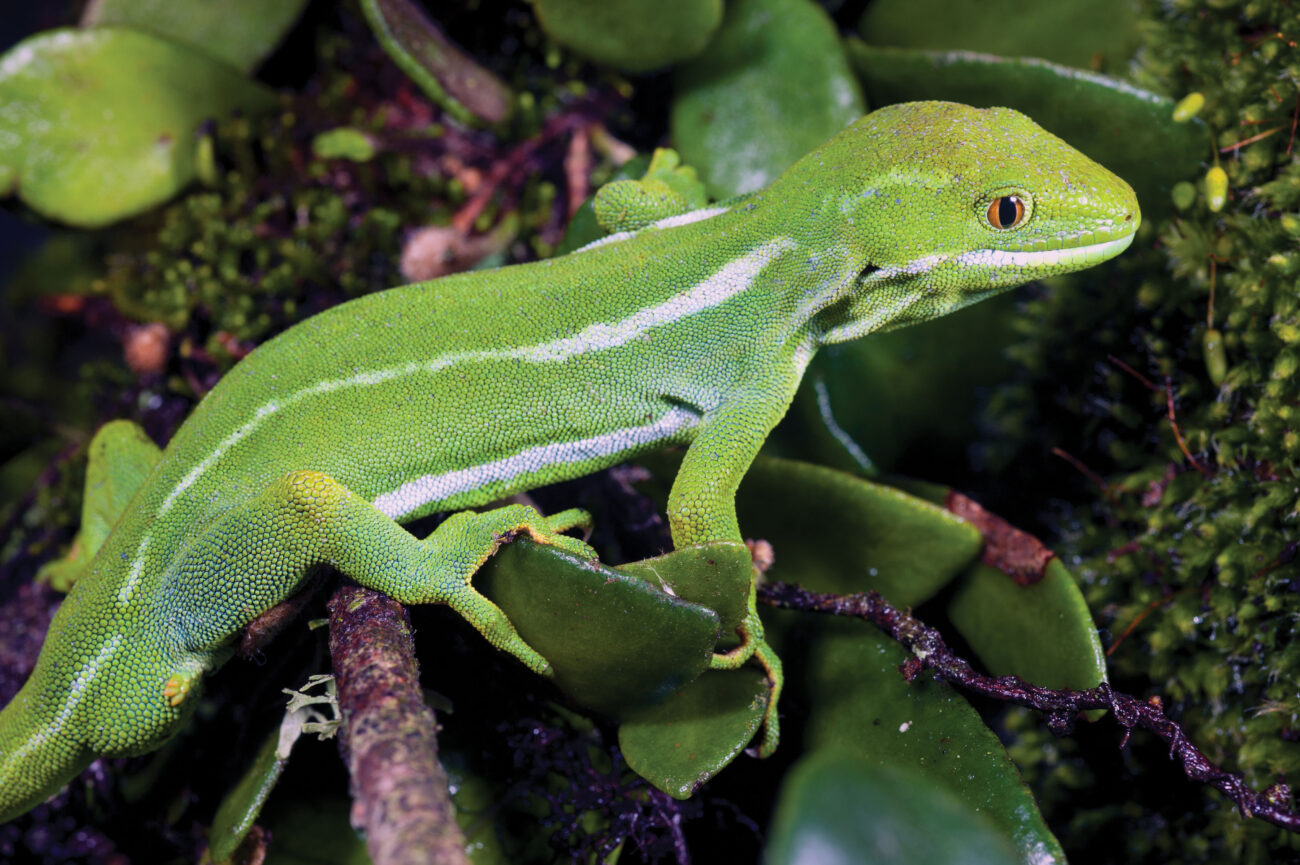 When rats are away, the reptiles will play. Twenty years after rats were eradicated from Kāpiti Island, a survey has revealed that native geckos and skinks are flourishing on the offshore wildlife haven.

In the island’s coastal grasslands, the abundance of northern grass skinks and brown skinks has doubled, while copper skink numbers have exploded—there are 28 times as many. Skinks were also found in new places: brown and grass skinks slinking in the kānuka forest, copper skinks atop the grassy ridges. A single specimen of the rare and cryptic ornate skink was recorded in the recent survey, too.

Kāpiti’s reptiles don’t live a completely carefree life: the abundant weka on the island are voracious lizard-hunters. The omnipresent threat of a sharp weka beak forces the cold-blooded animals into low, dense vegetation for protection—which is where the survey team found most of the reptiles. The study provides strong evidence for the value of island eradications.